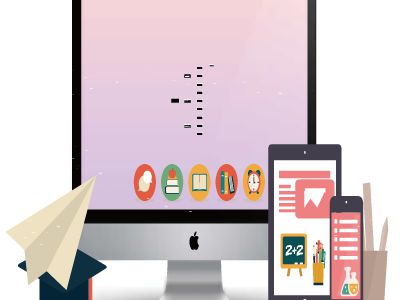 What is your compulsion_ - _.org

Adebate that has been going on for some time nowis,Apple or Android?Inour society religion and politics are two subjects that are supposed to be forbidden to talkabout in conversations..
Whenwe consider the spiritual aspect of compulsion what should we be doing as a christian?Whatshould our compulsion be?Shouldwe feel compelled, because of the attitude of the world around us, not to say anything?Orshould we feel compelled to say everything we can?
Acts4:19-20 – Peter and John told the council that they could not but speak the things they had seen andheardJer. 20:7-12 – Jeremiah faces compulsion from without andwithinEx. 3-4 – Gods compels Moses to be HisprophetDan. 3 – Shadrach, Meshach, and Abed-Nego could not be compelled to bow down and worship an idol
This man was a Jew and was raised in a prominent family.Hewas brought up to be faithful to the Law of Moses.Hewas educated by a respected teacher and he was a member of the sect of the Pharisees.Weare introduced to him in Acts 8.
Acts 8:1-3 – Saul consented to the death of Stephen. He made havoc of the church putting christians into jail.Acts 9:1-2 – Saul was given letters from the high priest to go to Damascus and bring christians back to Jerusalem in chains.
Acts 26:6-12 – The compulsion of Saul was great. He was compelled by the promise of God to Abraham. He was compelled to serve God earnestly in the hope that he would attain to the promise of God. He felt compulsion to persecute the saints. He compelled the saints to blaspheme.
Saul was a man driven by his compulsion to serve God. His compulsion caused him to persecute the saints in Jerusalem and Judea. His compulsion caused him to throw saints into prisons. His compulsion caused him to torture the saints. His compulsion caused him to vote for their death.
“Away with Him, away with Him! Crucify Him!”John 19:15; Luke 23:21; Mark 15:13-14; Matt.27:22Saulmight have even been among those who cried out for the crucifixion of Jesus.Saul’scompulsion was based on his zeal for God.Acts 22:3; Acts 23:1
Saul was introduced to Jesus on the road to Damascus.Acts8:3-9 – Jesus is revealed toSaulIt is at this point that Saul’s compulsion changes. He is no longer compelled to keep the Old Law but he is compelled to obey and keep the Gospel of Jesus.
Acts 9:18, 22:16 – Saul wasbaptizedWhen Ananias tells him to arise and be baptized and wash away his sins Saul was compelled to do it.Saul immediately began to preach Jesus.Acts 9:20-22 – his compulsion for God caused him to do this
1 Cor. 9:16-17 – Paul was compelled by Christ to preach the Gospel and he understood the compulsion he wasunderThe compulsion of Paul was the same compulsion that Jesus placed upon the other apostles.Matt. 28:18-20 –“Go…make disciples…baptizing them…”Mark 16:15-16 –“Go into all the world and preach the Gospel…”
What is your compulsion?Areyou compelled to teach the Gospel and the apostles were?Whatif the person who taught you did not have the compulsion to teach you the Gospel?

Make amazing presentation for free
What is your compulsion_ - _.org