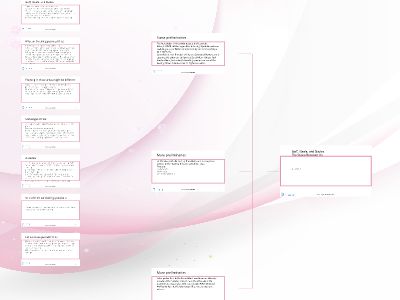 Goff, Steele, and DaviesThe Space Between Us
Feb 27 2019
POLI 421, Framing Public Policies
1
Some preliminaries
The first citation in the article today is to this article:Bobo, L. (1983). Whites’ opposition to busing: Symbolic racism or realistic group conflict?Journal of Personality and Social Psychology, 45, 1196–1210.Larry Bobo is now the dean of Arts and Science at Harvard and is speaking this afternoon at 5pm to 6:30 at Wilson Library. Feel free to attend; he is a very interesting speaker and one of the leading African American men in higher education.
POLI 421, Framing Public Policies
2
More preliminaries
On the class web site I put up the reviews and our response memos to the “framing the poor” article you read.They are:kind of brutal;hard to take;but in the end helpful.
POLI 421, Framing Public Policies
3
More preliminaries
I also posted links to the two articles I mentioned on Monday; one about the “Overton window” and the other about the Supreme Court case about the cross-shaped WWI memorial.We’ll come back to this later today; I’ll ask you to read and discuss.
POLI 421, Framing Public Policies
4
Goff, Steele, and Davies
Puzzle for these authors, like the last time:No more “old fashioned” racism, so how is it manifested?People in the dominant group afraid that something they say may be misinterpreted, so they simply avoid the subject, and not only the subject, but the people!So, fear of seeming prejudiced / bigoted leads to “distancing”
POLI 421, Framing Public Policies
5
Why am I making you read this?
Frames about identity can be so powerful that:A. You don’t even have to make them explicitly (e.g., sometimes certain “code words” or secret language can be enough)B. They lead to preventive / protective measures by anyone involved. So they are hard to study. For example, the entire Symbolic Racism Scale that we discussed on Monday is an effort to measure something that cannot be measured just by saying: On a scale of 1 to 10 how racist are you? But sometimes we want to know that.
POLI 421, Framing Public Policies
6
Framing in these areas might be different
As you think about framing on issues such as race, gender, gender orientation, immigration status:What are the “roundabout” ways of eliciting a response without explicitly mentioning the thing you are trying to stimulate?AmyKlubacheris “hard to work with”? What does that mean?
POLI 421, Framing Public Policies
7
Stereotype threat
One may be judged negatively because of a threat about one’s group.(Here: whites perceived as racists…)So, can they predict “distancing” behavior by measuring or manipulating the degree of stereotype threats the whites feel?Note: this would imply that the behavior comes from the threat, not from an underlying negative attitude or prejudice….
POLI 421, Framing Public Policies
8
4 studies
1. inter-racial pairs discuss: love relationships / profiling. How far do they sit from each other? Further when the topic is racial profiling.2. discuss your own opinion (threatening) or an assigned opinion (not threatening).3. entity theory v. learning theory. Entity theory is more threatening, implying that there are permanent traits. Results confirm.4. actually discuss their thought process; confirmation again.
POLI 421, Framing Public Policies
9
One of their concluding questions:
If a racial harm occurs but racist actors and intents arenot present, what does one call thatharm? Is it racism?
POLI 421, Framing Public Policies
10
Let me leave you with this:
We could replicate these with many identity-based differences.It makes it clear that when studying framing on any such things, some of the frames are so powerful that they need not even be mentioned explicitly.We’ll come back to this in your papers, perhaps, and in other readings.
POLI 421, Framing Public Policies
11