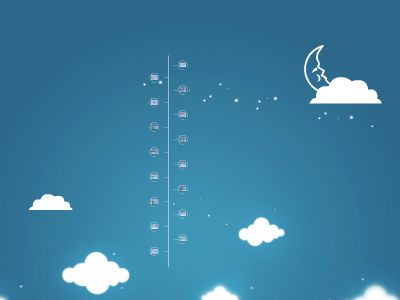 Control Of Microorganisms In Foods

Control Of Microorganisms In Foods
Introduction
The objective of controlling microorganisms in foods is to minimize their numbers or completely eliminate them from food. Several methods are used to achieve this objective by:* controlling access of the microorganisms in foods.* Physically removing the microorganisms present in foods* Preventing or reducing the growth of microorganisms and germination of spores present In foods* Killing microbial cells and spores present in foods
Irrespective of the methods used, It is important to recognize that a control method is more effective when a food has fewer microbial cells and when the cells are in the exponential growth phase and are injured.Spores are more resistant than vegetative cells, and Gram-negative cells are generally more susceptible than Gram-positive cells to many control methods.Bacteria, yeasts, molds, and viruses differ in sensitivity to the methods used to control them.
Control Methods
* Control of Access* Control by physical removal* Control by heat* Control by low temperature* Control by reduced Aw* Control by low pH and organic acids* Control by reducing Oxidation- reduction potential* Control by antimicrobial preservatives* Control by irradiation
Control By Antimicrobial Preservatives
Many chemical compounds, either present naturally, formed during processing, or legally added as ingredients, can kill microorganisms or control their growth in foods.They are, as a group designated as antimicrobial inhibitors or preservatives.Some of the naturally occurring preservatives can be present in sufficient amounts in foods to produce antimicrobial action, such as lysozyme in egg white and organic acids in citrus fruits.Similarly, some of the antimicrobials can be formed in enough quantities during food processing to control undesirable microbial growth, such as lactic acid in yogurt fermentation.
Others can be naturally present or formed in small quantities and do not produce antimicrobial action in foods, e.g., lysozyme in milk anddiacetylin some fermented dairy products.Some additives such as sodium nitrite(NaNO2) is used in cured meat to control spore germinationEspecially ofC. botulinum, whereas others are added to improve the functional properties of a food such asbutylhydroxyanisol(BHA), it has both antioxidant and antimicrobial properties.
Some preservatives had been used since long time, e.g., salting of fish and meat, burning sulfur to generate SO2 to sanitize the environment and equipment used for baking and brewing; smoking fish and meats, and adding spices, herbs, acids and alcohol to foods.Different preservatives and additives may have harmful effect on human health.Many health authorities are interested in foods that do not contain any preservatives, especially those not normally found in foods.
These authorities are looking for preservatives that are either naturally present in the food of plant and animal origin or produced by safe food-grade microorganisms used to produce fermented foods. They are designated asbiopreservatives. Examples are lactic, acetic, and propionic acids.Antimicrobial chemicals differ in their ability to act against different microorganisms:Broad spectrum: effective against many microorganisms.
Narrow spectrum: effective against molds and yeasts or only bacteria(Gram-positive or Gram-negative).Germicides: Kill all types.Fungistatic: inhibit orFungicides: kill fungi. Retard fungal growthBactericides: Kill bacteria.Bacteriostatic: inhibitSporicides: Kill spores. Or retard bacterialViricides: Kill viruses. Growth.
Influencing Factors
Several factors need to be considered in evaluating the suitability of an antimicrobial agent as a food preservative:A compound that kills(-cidal) in stead of controlling growth(-static) is preferred.A compound with a broader antimicrobial spectrum is more suitable for application in foods as compared with one that has a narrow spectrum.A compound effective against vegetative cells and spores is preferred.A compound that not allows development of resistant strains is preferred.
Most compounds do not meet all these requirements.More than one compound is used frequently to increase the inhibitory spectrum.In addition to antimicrobial activity, a compound should not affect the normal quality of food(texture, flavor or color). It should not interact with food constituents and becomes inactive.It should have a high antimicrobial activity at thepH,Aw, EH, and storage temperature of a food.It should be economical and readily available.
The Regulatory Requirements
The regulatory requirements include the expected effectiveness of an antimicrobial agentIn a food system.It should be effective in small concentrations.It should not hide any fault of a food(e.g., conceal poor quality and spoilage).It should be safe for human consumption.It should be listed in the label, indicating its purpose in the food.
Some Antimicrobial Chemical Preservatives Used In Foods
*Acetaldehyde *Dehydroacetate*Acetic acid *Diacetate*Ascorbic acid *Diacetyl*Bacteriocins*Diethyldicarbonate*Benzoic acid *Diphenyl*Betapropiolactum*Ethyl alcohol*Butylhydroxyanisol*Ethylformate*Boric acid *EDTA*Caprylicacid *Ethylene oxide*Chitosan *H2O2*Citric acid*CO2
*Lactic acid *Propylene glycol*Lauricacid *Propylene oxide*Lysozyme *Propylgallate*Malic acid *Smoke*Methyl bromide *Sodium chloride*Monolaurin*Sorbicacid*Natamycin*spices*Nitrite and nitrate *Succinic acid*Parabens *Sucrose*Peracetate*Sulfites and SO2*Polyphosphates *Tetracyclines*Propionic acid *Thiabendazole*Tylosin
Nitrite (NaNO2 and KNO2)
Curing agents that contain nitrite, and together witNaCl, sugar, spices,ascorbate, anderythorbate, are permitted for use in heat-processed meat, poultry, and fish products to control growth and toxin production byC.botulinum. Nitrate and nitrite are also used in some cheeses to prevent gasblowing by C.butyricumand C.tyrobutyricum.Nitrite react with some enzymes in vegetative cells and germinating spores, restriction of the bacterial use of iron, and interference with membrane permeability thus inhibits bacterial growth.
Nitrite is inhibitory to some extent, toS.aureus,E. coli,PseudomonasandEnterobacterspp. A t 200 ppm.LactobacillusandSalmonellaserovarsseem to be resistant to this concentration of NO2.The antibacterial effect of NO2 is enhanced at low pH, in the presence of reducing agents e.g.,ascorbate,erythorbate, and cysteine and withsorbate.In cured meat , NO2 reacts with myoglobin to form a stable pink color ofnitrosylhemochromeduring heating. In bacon, nitrite can lead to the formation of carcinogeniccompounds,nitrosoamines. There is a trend to use other preservatives instead of nitrites.

Make amazing presentation for free
Control Of Microorganisms In Foods