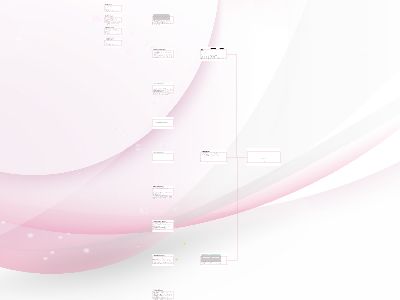 Schizophrenia Spectrum and Other Psychotic Disorders

Chapter 6
Schizophrenia Spectrumand Other PsychoticDisorders
Schizophrenia is now classified as aspectrum disorderrather than asingle disease entity.in this group:SchizophreniaBrief Psychotic DisorderSchizoaffective DisorderSchizophreniform DisorderDelusional DisorderSchizotypal Personality Disordercriteria in Personality DisordersSubstance/Medication-Induced Psychotic DisorderPsychotic Disorder Due to Another Medical ConditionCatatonia Associated with Another Mental Disorder (Catatonia Specifier)Other Specified… and Unspecified…
Schizophrenia
The broad category of schizophrenia includes a set of disorders in which individuals experience distorted perception of reality and impairment in thinking, behavior, affect, and motivation.A disorder with a range of symptoms involving disturbances In:Content of thoughtForm of thoughtPerceptionAffectSense of selfMotivationBehaviorInterpersonal functioning
Symptoms of schizophrenia
The symptoms the individual experiences during the active phase fall into two categories: positive symptoms and negative symptoms.Active phase: A period in the course of schizophrenia in which psychotic symptoms are present.
Symptoms of schizophrenia
Delusions:Deeply entrenched false belief not consistent with the client’s intelligence or cultural background.Hallucinations: A false perception not corresponding to the objective stimuli present in the environment.Incoherent speech:Language that is incomprehensible.Loosening of associations: Flow of thoughts that is vague, unfocused, and illogical.Restricted affect:Narrowing of the range of outward expressions of emotions.Avolition:A lack of initiative, either not wanting to take any action or lacking the energy and will to take action.Asociality:Lack of interest in social relationships.
Features of schizophrenia
Inappropriate affectis the extent to which a person’s emotional expressiveness fails to correspond to the content of what is being discussed.Paranoiais the irrational belief or perception that others wish to cause you harm, may be associated with delusions or auditory hallucinations related to a theme that somebody is persecuting or harassing them.
Courses of Schizophrenia
ContinuousIn the most serious cases, the individual experiences continuous positive symptoms with no remission.Remission: Situation when the individual’s symptoms no longer interfere with his or her behavior and are below those required for a DSM diagnosis.Schizophrenia have morerecurrent episodesand their chances of completely recovering are worse than those of people with other disorders.People with schizophrenia forextended periodsof time propose a model in which 25 to 35 percent show chronic psychotic symptoms.Factors that contribute to poorer prognosis:Poorer cognitive skills, a longer period of time without treatment, substance abuse, a poorer course of early development, higher vulnerability to anxiety, and negative life events.
Other Psychotic Disorders
Other Psychotic Disorders
Brief Psychotic Disorder
A diagnosis that clinicians use when an individual develops symptoms of psychosis that do not persist past a short period of time.Symptoms must be present for more than a day, but recover in less than a month.SymptomsDelusionsHallucinationsDisorganized speechGrossly disorganized or catatonic behavior
The diagnosis requires that the individual experience symptoms for more than a day, but recover in less than a month.Clinician must take the following factors into account:Client’s cultural background.Whether the client has experienced a recent stressor.If a woman develops this disorder within four weeksbrief psychotic disorderis a diagnosis that clinicians use when an individual develops symptoms of psychosis that do not persist past a short period of time. To receive this diagnosis, an individual must experience one of four symptoms, which include delusions, hallucinations, disorganized speech, and grossly disorganized or catatonic behavior. Th e diagnosis requires that the individual experience symptoms for more than a day, but recoverin less than a month.
Schizophreniform Disorder
A disorder with essentially the same symptoms as schizophrenia, but that lasts from 1 to 6 months
People with this disorder have larger ventricles in the brain, a phenomenon also observed with schizophrenia.People have good chances of recovering:When they show a rapid development of symptoms (within a span of four weeks)Confusion or perplexity while in the peak of the episodeGood social and personal functioning prior to the episode.Likely to have a good prognosis if they do not show the negative symptoms of:Apathy, withdrawal, andasociality.
Schizoaffective Disorder
Schizophrenia with co-occurring mood disorder
Schizoaffective disorder: Experience of a major depressive episode, a manic episode, or a mixed episode while also meeting the diagnostic criteria for schizophrenia.The individual must have both a mood and a psychotic disorder, but at least two weeks during which their delusions and/or hallucinations are the only symptoms that they show
Delusional Disorders
Erotomanictype: Individuals falsely believe that another person is in love with them.Grandiosetype: An exaggerated view of oneself as possessing special and extremely favorable personal qualities and abilities.Jealous type:Individuals falsely believe that their romantic partner is unfaithful to them.Persecutory type: Individuals falsely believe that someone or someone close to them is treating them in a malevolent manner.Somatic type:Individuals falsely believe that they have a medical condition.
Biological Theories
Genetic abnormalities affects:Brain developmentSynaptic transmissionImmune functioningManufacturing of important proteins involved in neurotransmissionNeurodevelopmental hypothesisProposing that schizophrenia is a disorder of development that arises during the years of adolescence or early adulthood due to alterations in the genetic control of brain maturation.
Biological Treatment
Medication used in treating schizophrenia was:Antipsychotic chlorpromazine (Thorazine)Haloperidol (Haldol)Symptoms:Rigid muscles, tremors, shuffling movement, restlessness, and muscle spasms affecting their posture.Tardive dyskinesia:Involuntary movements of the mouth, arms, and trunk of the body.Antipsychotics operate on both serotonin and dopamine neurotransmitters called serotonin-dopamine antagonists.For treatment-resistant clients, clozapine is the only approach that has empirical support.
Psychological Treatment
Token economy: A form of contingency management in which a client who performs desired activities earns chips or tokens that can later be exchanged for tangible benefits.Cognitive-behavioral therapyTreat individuals with symptoms of psychosis.Teach their clients coping skills.One promising cognitive training approach involves training in speech recognition and auditory perception.
Sociocultural Perspective
Focus on the family systemFaulty modes of behavior and communicationCognitive distortionsHigh degree of expressed emotionSocial class and incomeAssociated with environmental stressors of povertyContracting the disease leads to social and economic “downward drift”