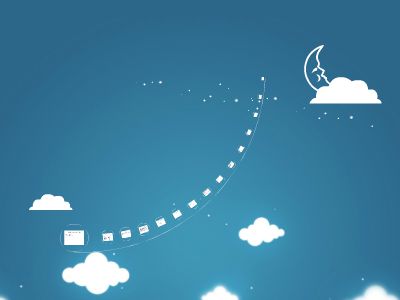 The Human Immune System
Lori HerringtonChaparral High School
What is immunology?
Very simply, it is the study of our body’s defense against infection and disease.
Even though we are constantly bombarded by microorganisms, we rarely become sick. Why?
Why?
The reason why we rarely become ill is because our bodies have a built-in defense system. It’s called ourimmune system.
So what is an immune response?
When an invader orpathogenenters our body, the response we make against infection is called animmune response.Pathogens are microorganisms like bacteria, viruses, fungi, or parasites. Each has the potential for making us ill.
Components of the immune system
Bone marrowThymusSpleenLymph nodesAdenoidsTonsilsPeyer’s patchesAppendixLymphatic vessels
Defense Against Infections & Disease
Our bodies are always ready to defend against invasion—the first line of defense is our skin and other bodily secretions (mucus, tears, sweat and saliva)Mucus acts as a trap where microorganisms are swallowed and then digestedTears, sweat and saliva all contain lysozyme, an enzyme that can break down the cell wall of some bacteria.
Innate Immunity
Innate immunityprevents pathogens from entering the body, but, if they do, our bodies eliminate the pathogen before the occurrence of disease or infection.Characteristics of Innate ImmunityPresent from birthNon-specificDoes not become more effective with more exposure to pathogen
Innate Immunity continued…
The first cells to respond after invasion are phagocytic cells, like macrophages or neutrophilsThese cells produce toxic chemicals or are able to ingest & kill microbes.Phagocytes and other proteins (like opsonin) are located mostly in bloodInflammation is the means by which these elements are recruited to the tissue invasion site
Inflammation
Inflammation is characterized by four symptoms:RednessSwellingPainHeat
This occurs when damaged tissue and white blood cells (basophils), release histamine.Histamines,released frommast cells,cause the blood vessels to dilate allowing the tissue to become more permeable to tissue fluid.
More on inflammation…
Inflammation is localized to the area of infection/tissue injury by the release of substances from micro-organisms or chemicals (chemical mediators) released from cells in tissues.e.g. histamine fromMAST CELLS: Once the micro-organisms are destroyed, inflammation subsides.
Adaptive Immunity
If an infection continues, then another part of the immune system is mobilized. This is our adaptive or acquired immunity.An adaptive response occurs when our body recognizes an antigen (something other than our self) and produces antibodies against it.
More on Adaptive Immunity…
Adaptive immunity is an antigen-specific defense mechanism and can take several days to become protective.Adaptive immunity becomes more effective with more exposures to an antigen.There are two major branches of the adaptive immune system:HumoralimmunityCell-mediated immunity
Humoral Immunity
Involves the production ofantibodiesAn antibody is a protein produced by the body when it detects antigens.Each antibody is particular and defends again a specific type of antigen.This response is mediated by B-cells.HumoralImmunity Video clip
Cell-Mediated Immune Response
Cell mediated immunity involves cytotoxic or killer T-cells.Cell-mediated Immunity video clip
References
http://www.123rf.com/photo_7308748_male-skeleton-blocking-viruses.htmlhttp://palscience.com/health-medicine/scientists-discover-immunity-reserve-system-for-the-body/faculty.evansville.edu/md7/bact02/...files/SpecificDefenses.ppthttp://en.wikipedia.org/wiki/Inflammationwww.microbiologybytes.com/iandi/1b.htmlhttp://en.wikipedia.org/wiki/Antibodyhttp://www2.bc.cc.ca.us/bio16/16_adaptive_immune.htmhttp://appscgroup.blogspot.com/2010/12/types-of-immunity-appsc-g1-mains-p4-s2.html