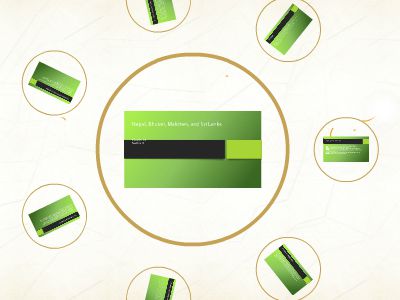 Nepal, Bhutan, Maldives, and Sri Lanka
Chapter 24Section 3
Population Patterns
Nepal– The 2 main ethnic group in Nepal areTibeto-Nepalese &Sherpas.Bhutan– TheBhoteare the major ethnic group of Bhutan.Maldives– No Major ethnic group. Since it is an island nation, it was isolated from humans for many years. The people that live there today are a mix of ethnic groups from all over Southern Asia.Sri Lanka- 2 main ethnic groups that despise each other, the Sinhalese, who are mostly Buddhist, and the Tamils who are Hindu.
Density & Distribution
Population densities can vary within these 4 countries. One thing that is constant about populations in these 4 countries is the decrease in population densities is Altitude. The higher the Altitude the lower the population densities.In Nepal, the most densely populated area is the Kathmandu Valley, which is very fertile.
The Himalayan Countries
During the 1700’s, a dynasty from Nepal began expanding Southward. As they tried to expand their empire, they eventually came in contact with the British, who had colonies in India. The Nepalese Dynasty & the British would then begin the Anglo-Nepalese War which reduced Nepal to its current size.Bhutan’s early history is relatively unknown. What is do know about Bhutan can be traced back to the arrival of Tibetan monks. Most of Bhutan’s history.
The Himalayan Countries
Bhutan was once ruled by a lama, or a Buddhist monk. After the lama’s death the country broke out into Civil war. Today Bhutan is working towards becoming a constitutional monarchy with a representative government.Nepal, whose location in the Himalayan mountains kept it from being colonized is in a political state of disarray. Several groups in the country are still trying to decide which political ideology to adapt.
Importance of the Island Nations
The Island of Sri Lanka, which is only a few miles off the coast of India was used as a trading port by both the Romans and the Greeks.The Maldives were first settled by Buddhist from Southern Asia and eventually Muslims. The Portuguese used these islands as part of their colonial trading network, along with the city of Goa in India.
Sri Lanka’s Modern History
Sri Lanka’s location made it a very desirable piece of land to control. Through out it’s history Sri Lanka was controlled by the British, Dutch, Portuguese and Spanish.The Dutch had the biggest influence on Sri Lanka, Sri Lankan law is based upon Dutch law, even when the British controlled the island.1 year after England gave India its independence, it granted Sri Lanka its independence. At the time Sri Lanka was known as CeylonSri Lanka was greatly affected by the 2004 Tsunami
Religion
The majority of Nepal’s population is Hindu, similar to India.Buddhism is the dominant religion in both Sri Lanka & Bhutan, although the sect of Buddhism practiced in these countries varies from region to region.TheMaldives have been predominately Muslim since the arrivalof Muslimtraders in the 12thcentury.