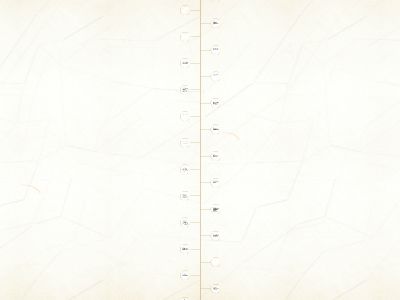 What does the speaker mean when s_he utters a sentence_

What does the speaker mean when s/he utters a sentence?
Berg (1993):“What we understand from an utterance could never be just the literal meaning of the sentence uttered”.Bach (2007): (actualsituational) context does not literally determine, in the sense of constituting, what the speaker means.Kecskes(2013):Inferencingfor the lingua franca hearer usually means something close to decoding.
KentBach (2007)
“..itis commonly overlooked that thesemaxims or presumptions are operative even when the speaker means exactly what he says.They don’t kick in just when something is implicated. After all, it is not part of the meaning of a sentence that it must be used literally, strictly in accordance with its semantic content. Accordingly,it is a mistaketo suppose that “pragmatic content is what the speaker communicates over and above the semantic content of the sentence” (King and Stanley 2005: 117).
Examples
- Which book do you want?- The black one over there.Give me your pen, please.I have had a headache. Do you have an aspirin?
Bach continues
Pragmatics doesn’t just fill the gap between semantic and conveyed content. It operates even when there is no gap. So it is misleading to speak of the border or, the so-called ‘interface’ between semantics and pragmatics. This mistakenly suggests that pragmatics somehow takes over when semantics leaves off. It is one thing for a sentence to have the content that it has and another thing for a speech act of uttering the sentence to have the content it has.Even when the content of the speech act is the same as that of the sentence, that is a pragmatic fact,something that the speaker has to intend and the hearer has to figureout”.
Example
Husband:Let’sgoto visityour bosstonight.Wife: Why?Husband: Allright,wedon‘t have togo.
Context in linguistics
In linguistics context usually refers to any factor – linguistic, epistemic, physical, social, etc. – that affects the actual interpretation of signs and expressions.
Context in interculturalcommunication
actual situational context cannot play the role of catalystintheway it does inintraculturalcommunication because the participants’ different socio-cultural background ties them to culturally different L1 communities.context-sensitivenessmay also work differently because of the increasing number of “interpretation sensitive terms”.
Role of context
Contextrepresents both declarative and procedural knowledge. It has both a selective and a constitutiveroleContext represents two sides of world knowledge: one that is in our mind (prior context) and the other (actual situational context) that is out there in the world.SCA attempts to do is to bring together individual cognition with situatedcognition.
Prior experience that becomesdeclarative knowledgeis tied to the meaning values of lexical units constituting utterances produced by interlocutors, while current experience is represented in the actual situational context (procedural knowledge) in which communication takes place, and which is interpreted (often differently) by interlocutors.
Literalism andcontextualism
Contextualism: context-sensitivity(in various forms) is a pervasive feature of natural language.Literalism, according to which (many or most) sentences express propositions independent of context (declarative knowledge), has been almost completely extinct for sometime.Carstonclaims that,”... linguistically encoded meaning never fully determines the intended proposition expressed” (Carston2002
What is wrong?
both the traditional semantic view (literalism) and the novel pragmatic view go wrong when they leave prior context out of the picture
Semanticunderdetermination:
Theencoded meaning of the linguistic expressions used by a speaker underdetermines the proposition explicitly expressed by the utterance.Bianchi(2004)this means that every utterance expresses aproposition only when it is completed and enriched with pragmatic constituentsthat do not correspond to any syntactic element of the sentenceandyet are part of the semantic interpretation of the utterance
Examples
Bob and Mary are engaged (to each other).Some (not all) girls like dancing.I need to change (clothes).
Enrichment?
The proposition literally expressed (sentence meaning) is the result of collective prior experience of speakers of a given speech community. This is expanded and/or enriched by prior experience, present situational experience and/or need of a concrete speaker when s/he uses that utterance (speaker’s meaning).Jane never stops cutting in.
Actual situational context
Bill: Yesterday I was talking to my boos when Jane cut in.Bob: Well, Jane never stops cutting in.
Divides
Bezuidenhout(2004):parallels exist between the declarative/procedural divide, the semantics/ pragmatics interface and the competence/performancedistinction.Aclear-cut distinction must be made between procedural knowledge, which belongs to the performance system and is pragmatic,andlexical conceptual knowledge, which belongs to the competence system and issemantic.
Externalperspective
Contextmodifies and/or specifies word meanings in one way or another. Context is seen as a selector of lexical features because it activates some of these features while leaving others inthebackground.We stopped at the bank.We stopped at the bank of river.
Internalistperspective
Ourexperience is developed through the regularity of recurrent and similar situations which we tend to identify with given contexts.Standard contextcan be defined as a regular situation that we have repeated experience with, and about which we have expectations as to what will or will not happen, and on which we rely to understand and predict how the world around us works.
Leibniz
Leibniz (1976 [1679]:430) says: ‘. . .sinihil per seconcipitur, nihilomninoconcipietur’ (‘. . .if nothing can be understood by itself nothing at all can ever be understood’).
Examples
We gave up hope.Bob could hardly make both ends meet.Mary runs a successful business.The president kicked off the meeting with an excellent talk.
Communication
Contextencoded in the utterances interplays with the actual situational context, and this interplay results in what we call “meaning”.Thereis movement in both directions: from the outside in (actual situational context -- prior context encoded in utterances used) and from the inside out (prior context encoded in utterances used -- actual situational context).Twosides of world knowledge interact in a meaning-creating way.
Making context
Sam: - Coming for a drink?Andy: - Sorry, I can’t. My doctor won’t let me.Sam: -What’s wrong with you?
Making context
Sam: - Coming for a drink?Andy: - Sorry, I can’t. My mother-in-law (my wife) won’t let me.Sam: -What’s wrong with you?