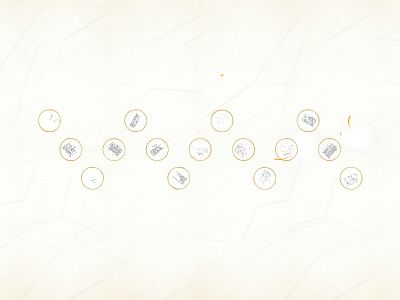 Chapter 35
Section 1Reagan Comes to PowerPages 1042-1047
Objectives
1. Discuss the factors that helped Ronald Reagan win the presidency in 1980.2. Explain President Reagan’s main economic program, and evaluate how successful it was.3. Describe the significant developments in the Cold War during the early 1980s.4. Recount how the Reagan administration became involved in events in ElSalvadoand Nicaragua.
Opener
Conservative
The Election of 1980
American’s had a growing concern with President Carter’s lack of leadership in the areas of inflation, energy, and unemployment.1979- Iran hostage crisis: Ayatollah Khomeini-Islamic religious leader. The shah fled Iran, when the Khomeini established an Islamic republic. President Carter allowed the shah to enter the U.S. for medical purposes.November 4, 1979: Iranian militants took over the U.S. Embassy in Tehran.
Carter ordered military helicopters to rescue the hostages. The mission failed when the helicopters crashed in the desert and killed eight Americans.January 20, 1981: Carter finally negotiated for the release of the hostages.
The campaign
1980: Republican candidate Ronald Reagan, former California governor ran on a Conservative platform. Reagan chose running mate George H. Bush from Texas.Role of the New Right:Moral Majority-fundamental Christian organization founded in 1979 by the Rev. JerryFalwell.
Reagan and the New Right had several mutual goals:A. strong defenseB. school prayerC. opposed abortionD. free-market economic policiesE. opposed Equal Rights AmendmentF. opposed gun controlG. opposed busing to achieve racial balance in schools
Reaganomics
Supply-side economics-lowered top income tax rates as a way to increase investment in businessesSuccessesEconomic recovery-drop in the inflation rate, increased consumer spending, business recovery, soaring stock market
Reductions in the size and influence of government-cuts in government regulation of industries and cuts in social programsFailuresSome citizens excluded from recovery-cuts in social programs hurt the poorest Americans, high unemployment among African Americans, Hispanics and factory workers, increased homelessness
The economic recovery that Reagan promised the nation did not occur immediately. In 1982 a severe recession caused the highest U.S. unemployment levels since the Great Depression.Tax Cuts:Despite the Reagan tax cuts, the U.S. government receives a higher percentage of its revenues from income tax than most other developed nations. For example, some 36 percent of the government’s revenues came from income taxes. Only Canada, with about 39 percent, and Sweden, with about 37 percent, received higher percentages of revenue from income tax.
Reagan and theCold War
The “Evil Empire”:Reagan regarded the conflict between the U.S. and the Soviet Union as a battle between good and evil. His remarks, at a meeting of evangelicals, opposing a possible freeze in the buildup of nuclear weapons are indicative. “ So in your discussions of the nuclear freeze proposals, I urge you to beware the temptation of pride-the temptation of blithely declaring yourself above it all and label both sides equally at fault, to ignore the facts of history and the aggressive impulses of an evil empire, to simply call the arms race a giant misunderstanding and thereby remove yourself from the struggle between right and wrong and good and evil.”
New weapons
1981-1985: the defense budget increased and was being spent on nuclear weapons. Many Americans were concerned over the use of nuclear weapons.March, 1983: Strategic Defense Initiative-space-based missile-defense system. Nicknamed “Star Wars” because of the untested technology. Reagan felt that the weapons were for peace.
U.S.-Soviet relations
August, 1980-Polish workers staged a series of strikes. They were protesting high prices and wanted to form trade unions free from government or Communist Party.September 17, 1980-the labor activists formed the Solidarity, an independent labor/trade union. Lech Walesa, electrician became the labor leader.December, 1981-the Polish government shut down the unions and established martial law. The Soviet Union planned to “restore order.” Reagan warned the Soviets not to invade Poland. The Soviets listened and didn’t invade Poland.
September 1, 1983- The Soviets shot down a Korean commercial airliner over their airspace. All the passengers were killed, the Soviets defended themselves by saying that the airliner was spying.The U.S. moved nuclear missiles into Great Britain and Germany. The Soviets walked out of any talks about arms control.The Soviets chose to boycott the 1984 Summer Olympics in Los Angeles.
Reagan and Latin America
Many were concerned that Latin America would fall to Communist influence. Reagan chose to concentrate efforts in the countries of El Salvador and Nicaragua.1979: military leadership seized power in El Salvador and used death squads to eliminate the opposition.1984: Jose Napoleon Duarte- a moderate came into leadership. Reagan concerned over Soviet influence furnished economic aid and military forces. A civil war still continued until pressure from outside sources forced each side to sign a peace treaty in 1984.
1979: Nicaragua rebels called Sandinistas had overthrown the dictatorship. Reagan cut off all U.S. aid to the area due to the influence and the support of Soviets.Reagan gave financial support to the Contras, a rebel army supported and funded by the CIA.Americans were uncomfortable with this situation thinking it would end up like anotherVietnam War.1984: The Boland Amendment: banned any U.S. government group from giving military aid to the Contras. The president continued to support the Contras even though the ban was in place.