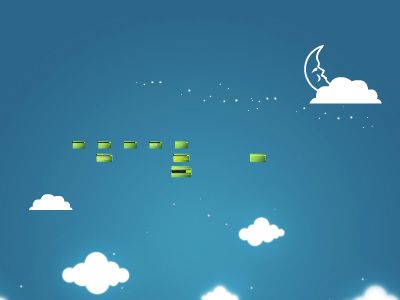 A New Party in Power - materlakes.enschool.org

A New Party in Power
ESSENTIAL QUESTIONHow do governments change?
The Election of 1800
Guiding Question :Whatdid the election of 1800 show about the nature of politics?In the election of1800 –Federalistssupported President Adams for a second term and Charles Pinckney for vicepresident.Republicansnominated Thomas Jefferson for president and Aaron Burr as his running mate.Theelection campaign of 1800 was very different from the political campaigns we see today.NeitherAdams nor Jefferson traveled around the country to gather support.Manythought direct campaigning improper for a person who would be president.Instead, hundreds of letters were sent to leading citizens and newspapers to make candidates' views public.The campaign was bitterly fought.Eachside made personal attacks against the other.
The Vote is Tied
REVIEW - Underthe Constitution, voters in a presidential election are really electing groups of people calledelectors.Theseelectors meet in what is known as the Electoral College.Therethey cast the ballots that actually elect the president and vice president.Eachstate has as many electoral votes as it has members ofCongress (because based on population).At that time, the Constitution said that electors were to cast two ballots—without indicating which was for president and which was for vice president.Thecandidate with the majority of votes became president, and the candidate with the next-largest number of votes became vice president.In1800, 73 electors cast their ballots for Jefferson and Burr. Each candidate, therefore, got the same number of votes.Becauseof the tie vote, the House of Representatives had to decide theelection.Inthe House, Federalists tried to keep Jefferson from becoming president by supporting Burr.For35 ballots, the election remained tied.Finally, one Federalist decided not to vote for Burr.ONLY TIE WE HAVE SEEN IN AN ELECTION!!
Because no one wanted to see another tie between a presidential and vice-presidential candidate, Congress passed the Twelfth Amendment to the Constitution in 1803.Fromthen on, electors cast one of their votes for president and the other for vice president.
Jefferson's Inauguration
Onthe day he became president, Jefferson dressed in his everyday clothes.Hewalked to the Senate to take the oath of office.PresidentAdams did notattend.Inhis Inaugural Address, Jefferson outlined some of his goals, including "a wise and frugal government" and "the support of the state governments in all their rights."Jeffersonbelieved a large federal government threatened liberty and that individual states could better protect freedom. He wanted to limit the power and size of the federal government.
Jefferson as President
Guiding Question:Whatdid Jefferson want to accomplish during his presidency?Thomas Jefferson had strong ideas about government and he surrounded himself with people who sharedsimilarviews.Jefferson and Albert Gallatin, secretary of the treasury, reduced the national debt and cut down on military expenses.Jefferson also limited the number of federal government workers to a few hundred people.At the same time, his government got rid of most federal taxes.They only collectedcustoms duties, or taxes on imported goods.Under Jefferson, the government's income would come from customs duties and from the sale of western lands.Hebelieved that these changes were needed to make the United States a great nation.
Judiciary Act of 1801
After the election and before Jefferson took office, the Federalists passed an act that set up a system of courts.John Adams used this act, the Judiciary Act of 1801, to make hundreds of appointments during his last days as president.Adams also asked John Marshall to serve as chief justice.Congress was then still under Federalist control and supported Adams's choices.In this way, Adams blocked Jefferson from making appointments and made sure the Federalists controlled the courts.Adams's appointments could not take effect until these last-minute appointees, known as "midnight judges," receivedcertain official papers, called commissions.When Jefferson became president, some of these appointees had not yet received their commissions.Jefferson told Secretary of State James Madison not to deliver them.
Growing Power of the Supreme Court
One of the appointees who did not get his commission was William Marbury.Heasked the Supreme Court to force its delivery.TheCourt said it did not have thejurisdiction(jur•iss• DIK •shuhn)—the legal authority —to force delivery of Marbury's commission.Marburyhad argued that an act of Congress gave the Court such authority, but the Court ruled that that act violated the Constitution.
The ruling inMarburyv.Madisonaffected much more than William Marbury's career.In his opinion, Chief Justice John Marshall established the threeprinciplesof judicial review:theConstitution is the supreme law of the land;theConstitution must be followed when there is a conflict with any otherlawthejudicial branch can declare laws unconstitutional.Inshort, Marshall claimed for the courts the power to find acts of other branches unconstitutional.Judicialreview is a key check on the legislative and executivebranches.Inhis 34-year term as chief justice, Marshall helped broaden the power of the Court.Healso expanded federal power at the expense of thestates