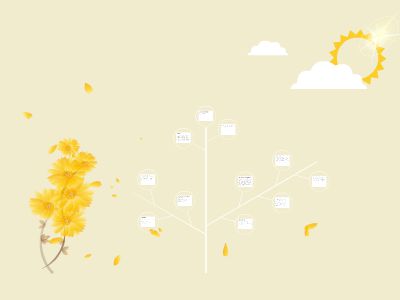 A Defense of Abortion - Philosophy

A Defense of Abortion
By: Judith Jarvis ThomsonPresented by: Ashley Baxter
The agreement for this paper is that the fetus has already become a human person well before birth.Her opinion: The fetus is not a person from the moment of conception.
Can you really say “a person’s right to life is stronger and more stringent than the mother’s right to decide what happens in and to her body?”“Look, we’re sorry the Society of Music Lovers did this to you- we would never have permitted it if we had known. But still, they did it, and the violinist now is plugged into you. To unplug you would be to kill him. But never mind, it’s only for nine months. By then he will have recovered from his ailment, and can safely be unplugged from you.”
Violinist
The view that abortion is impermissible even to save the mother’s life.“A woman surely can defend her life against the threat to it posed by the unborn child, even if doing so involves its death.”
The Extreme View
Judith shows the extreme view is false because 1-4 is false.But as directly killing an innocent person is always and absolutely impermissible, and abortion may not be performed.As directly killing an innocent person is murder, and murder is always and absolutely impermissible, an abortion may not be performed.As one’s duty to refrain from directly killing an innocent person is more stringent than one’s duty to keep a person from dying, an abortion may not be performed.If one’s only options are directly killing an innocent person or letting a person die, one must prefer letting the person die, and thus an abortion may not be performed.
The Extreme View continued
“No one may choose”Child is in the mother’s body.“One has a right to refuse to lay hands on people, even where justice seems to require that somebody do so.”“I will not act.”“Anyone in a position of authority, with the job of securing people’s rights, both can and should.”A third party doesn’t have to accede to the mother’s request for abortion to save her life, but he MAY.
“Everyone has a right to life, so the unborn person has a right to life.”Does the child’s life outweigh the mothers?“Having a right to life does not guarantee having either a right to be given the use of or a right to be allowed continued use of another person’s body even if one needs it for life itself.”Therefore, right to life does not serve opponents of abortion.
“To deprive someone of what he has a right to is to treat him unjustly.”“The violinist has a right to life with the fact that you do not act unjustly toward him in unplugging yourself, thereby killing him. For if you do not kill him unjustly, you do not violate his right to life.”
Rape= no/not unjustConsensual sex=responsible“If she voluntarily called it into existence, how can she now kill it, even in self defense?”This goes case by case.
Does the child have the right to the mother’s body?
Now the violinist only needs your body for one hourYou ought to allow himRefuse – unjust towards himJudith’s view is that this is not unjust, the violinist has no right to use your kidneys
Continued
Good Samaritan – no lawsJudith- “I do argue that abortion is not impermissible, I do not argue that it is always permissible”“While I am arguing that for the permissibility of abortion in some cases, I am not arguing for the right to secure death of the unborn child”

Make amazing presentation for free
A Defense of Abortion - Philosophy