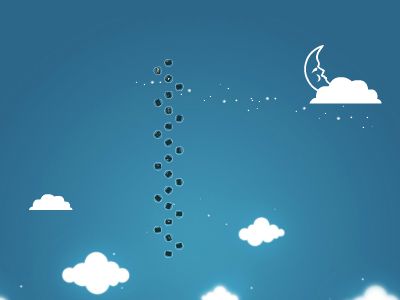 Presented byAlison Lighthall, RN, MSFounder, HAND2HAND CONTACT
8 November 2011
2
THE NATURE OF WAR
Combat is sudden, extremely intense, andlife threatening.It is the job of the frontline soldier, regardless of branch, to disable or kill the enemy.Other innocent people, including women and children, are often killed in combat.
8 November 2011
3
FACING REALITY
BETTER TO HEAR A HORRIBLE TRUTH THAN A GOOD LIEANY DAY
8 November 2011
4
INTENSE FEAR IN COMBAT IS COMMON.EVEN HEROES FEEL FEAR.
TOUGH Fact #1
8 November 2011
5
FEAR
Over 2/3s of Silver Star recipients reported increased fear as battle progressed. Common symptoms of fear are violent shaking or trembling, losing control of bladder, feeling weak, cold sweats, vomiting. No Soldier knows how he or she will react to, or perform in, combat until the moment arrives.Soldiers must understand that fear is still within the context of being a Warrior. Otherwise it can become a hidden source of shame that can erode the spirit over time.Shaming a Soldier for fearis a mission detractor.
8 November 2011
6
UNIT MEMBERS ARE OFTENINJURED AND KILLED
TOUGH FACT #2
8 November 2011
7
WIAs & KIAs
Close to 4000 Service Members have been killed and tens of thousands have been injured since OIF/OEF began.Soldiers can experience an extraordinary amount of loss and come home deeply bereaved.It is a mission detractor.
8 November 2011
8
TOUGH FACT #3
THERE WILL BECOMMUNICATION BREAKDOWNS
8 November 2011
9
POOR COMMUNICATION
Soldiers reports that deployment policies are often inconsistently applied and the flow of information is poor or slow. Rumors often fill the void where facts should be.This can be a source of rage, discouragement, blame, guilt, and other intense emotions that can linger for decades.It is a mission detractor.
8 November 2011
10
SOLDIERS FREQUENTLY EXPERIENCE FAILURES IN LEADERSHIP
TOUGH FACT #4
8 November 2011
11
POOR LEADERSHIP
Soldiers report that some leaders engage in actions to enhance their career and personal well-being, and fail to exhibit clear thinking and reasonable action when under stress.Not only does poor leadership decrease unit cohesion, it also increases the sense of vulnerability and isolation so much that it, all by itself, can be a significant contributor to COSR and PTSD symptoms.It is a mission detractor.
8 November 2011
12
TOUGH FACT #5
COMBAT IMPACTS EVERY SOLDIER MENTALLY AND EMOTIONALLY
8 November 2011
13
UNSEEN COMBAT INJURIES
AllSoldiers are affected by combat. Combat and operational stress symptoms occur when a Soldier becomes overloaded with the stressors of combat.The symptoms can be physical, mental, and / or behavioral.The belief that it is theSoldier’sweakness or failure worsens the condition itself.It is a mission detractor.
8 November 2011
14
MAKE NO MISTAKE:
COMBAT STRESS IS A COMBAT INJURY
8 November 2011
15
TOUGH fact #6
COMBAT CAN LEAD TO LASTINGMENTAL HEALTH ISSUES
8 November 2011
16
ONGOING MH PROBLEMS
COSR, ASD and PTSD are all on the continuum of stress reactions to combat zone experiences.Symptoms include being easily angered or agitated, nightmares, intrusive memories, thoughts, or flashbacks, feeling numb or frozen.In trying to manage these symptoms alone, Service Members will often try to medicate themselves with alcohol or illegal drugs, which, unfortunately, only worsens the overall situation.This is a mission detractor.
8 November 2011
17
TOUGH FACT #7
SOLDIERS ARE AFRAID TO ADMIT THEY HAVE A MENTAL HEALTH ISSUE
8 November 2011
18
NOT GETTING HELP
Based on the Army’s most recent Mental Health Assessment study (May 2007), the majority of soldiers who need help will not seek it because of fear of stigma, backlash, loss of respect from leadership or comrades.Needing help is not a character flaw.Not getting help when neededis a mission detractor.
8 November 2011
19
TOUGH FACT #8
DEPLOYMENT PLACES ATREMENDOUSSTRAIN ON A MARRIAGE AND FAMILY
8 November 2011
20
MARRIAGE AND FAMILY
Family Readiness Groups are effective in some communities and completely absent in others. Yet every family facing deployment needs support.Marital problems and family concerns are a huge stressor to the Soldier, as well.In combat, a distracted Soldier is a dead soldier, so they often come home to situations they have known little or nothing about.The divorce/break-up rate for combat vets is astronomical. Family and marital problems created by the extended deploymentare mission detractors.
8 November 2011
21
TOUGH FACT #9
THE COMBAT ENVIRONMENT ISHARSH, DEMANDING, ANDCHANGING EVERY DAY
8 November 2011
22
EXTREME CONDITIONS
The physical environment can be brutal on every one of the senses in the bodyThe physical labor and work is extremeIt takes a tremendous toll, not just on body, but on mind and spirit.Sleep is severely compromised, despite it being a critical necessity for normal thinking and funtioning. These extreme conditionsare mission detractors.
8 November 2011
23
TOUGH FACT #10
COMBAT POSES MORAL, ETHICAL, AND SPIRITUAL CHALLENGES TO EVENTHE HARDIEST SOLDIER
8 November 2011
24
SPIRITUAL, ETHICAL, MORAL
Because of the enormous strain that war places on every Soldier, impulsive reactions towards others, both living and dead, can lead to conduct that the Soldier later has profound guilt and regret over.Battlefield ethics are not only to prevent escalation of an incident; they are also there to prevent moral, ethical, and spiritual injury to the Soldier.Spiritual, ethical and moral wounds are the hardest to recover from.Every Soldier needs to come home with a war story the he or she can live with.
8 November 2011
25
“The capacity of Soldiers for absorbing punishment and enduring privations is almost inexhaustible so long as they believe they are getting a square deal, that their commanders are looking out for them, and that their own accomplishments are understood and appreciated.”GEN Dwight Eisenhower, 1944