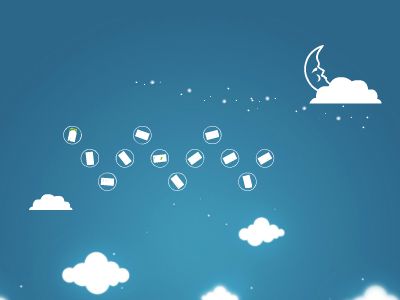 1-2: Points, Lines, and Planes
Basic Geometry Terms
Undefined Terms
Definition of wordsConsist of other wordsHow do you define the first word?Philosophy Class?Every end has a startEvery effect has a causeGeometry undefined termsPoint, line, and planeUsed to build the definitions of other figures
Undefined Terms
Point – indicates a location and has no sizeLine – represented by a straight path that extends in two opposite directions without end and has no thickness. A line contains infinitely many points.Plane – represented by a flat surface that extends without end and has no thickness. A plane contains infinitely many lines.
Undefined Terms
Collinear Points – points that lie on the same lineCoplanar – when points and/or lines lie on the same plane
Defined Terms
Segment – part of a line that consists of two endpoints and all points between them.Ray – part of a line that consists of one endpoint and all the points of the line on one side of the endpointOpposite rays – two rays that share the same endpoint and form a line
Example
Use the diagram to answer each question.Name two coplanar lines.Namethree non-collinearpoints.Name the plane two different ways.Name a pair of opposite rays.
W
X
Z
Y
V
Take Home Message
Undefined terms are used as building blocks of Geometry (and Math)Geometry will have a lot of vocabulary wordsThe concepts will give us algebraic equationsGeometry will enhance our artistic abilities
1.2 Continued
Postulate – accepted statement of factLike undefined terms, used as building blocks of the logical system in geometryAlso known as axiomsPostulate 1.1-through any two points, there is exactly one linePostulate 1.2-if two distinct lines intersect, then they intersect in exactly one point.
1.2 Continued
Postulate 1.3-if two distinct planes intersect, then they intersect in exactly one line
1.2 Continued
Postulate 1.4 –through any threenoncollinearpoints, there is exactly one plane
Where does Plane ABCD intersectPlane ACEG?What plane contains the pointsC, D, and B?What plane contains the pointsE, F, and C?
Example
A
C
B
E
G
F
H
D
Take Home Message
Postulates are assumed to be trueNo formal proofRelationship between dimensionsA point is the intersection of two linesA line is the intersection of two planesA plane is the intersection of 3D figures