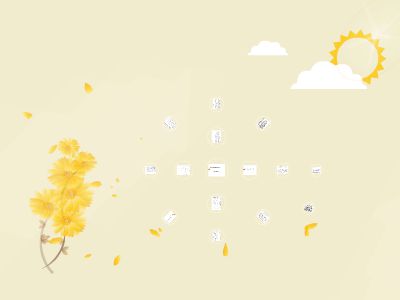 1
State Separation of Powers
TheBonvillianCases
2
Where does the Remand Leave the Issue of the What Happens after the ALJ Rules?
3
Bonvillianv. Dep't of Insurance, 906 So.2d 596 (La.App. Cir.1 2005)
What is the underlying dispute?Insurance Commission refused to renew a bail bond agent's licenseWhy do we bond these folks?What did the plaintiff do?Went to the ALJ, who overruled the agencyWhat did the agency do?Refused to issue the license
4
The District Court
What did plaintiff request in District Court?What did the district court do?Why doesn't the statue prohibit the agency appealing this action?"[n]o agency or official thereof, or other person acting on behalf of an agency or official thereof shall be entitled to judicial review under this Chapter."How did the agency get into court inBonvillian?What is the Department appealing?
5
Mandamus
What is the most famous mandamus case?Must be a specific, non-discretionary rightIn mandamus proceedings against a public officer involving the performance of official duty, nothing can be inquired into but the question of duty on the face of the statute and the ministerial character of the duty he is charged to perform.The remedy is not available to command the performance of an act that contains any element of discretion, however slight.Why is mandamus so limited?
6
When May Mandamus be used Against the Insurance Commission?
"writ of mandamus may be sought to compel the commissioner of insurance to perform a ministerial duty as established by law, where it is alleged that the commissioner of insurance is acting fraudulently or not impartially fulfilling his duties, or where the delay involved in obtaining ordinary relief may cause injustice."Does issuing a license involve discretion?How does plaintiff claim that the ALJ ruling changes this?
7
The Effect of Wooley
The [Wooley] Court further determined that "[b]ecause the decision and order of the ALJ was not a valid and final judgment for purposes of res judicata, ... the ALJ's judgment is not entitled to res judicata effect." Wooley, 2004-0882 at p. 19, ___ So.2d at ___.We still do not know what that really means - stay tuned for the next chapter of Bonvillian.
8
What did the Court Rule?
In sum, Bonvillian has not met his burden of showing that a delay in obtaining ordinary relief would cause injustice sufficient to warrant the issuance of a writ of mandamus or that there were no ordinary remedies available through which he could obtain relief. As set forth in Wiginton, mandamus presumably can not lie in cases that are doubtful.
Bonvillianv. Dep't of Insurance,5So.3d 233 (La.App. Cir.1 2008)
Round II
10
Procedure in this Case
AfterBonvillianlost his mandamus proceeding, he was left with a declaratory judgment action.He then filed a motion for partial summary judgment and declaratory judgment that he was entitled to his license.What was his theory as to why he was entitled to summary judgment?What did the district court rule?
11
The Commissioner's Points of Error on Appeal
1. The district court erred by ordering the reinstatement ofBonvillian'slicense in a declaratory judgment action because the function of a declaratory judgment is only to establish the rights of the parties or express the court's opinion on a question of law.2. The district court abused its discretion and was clearly wrong by granting summary judgment on a declaratory judgment action when it was biased by the findings of an ALJ that were contrary to the law.3. The District Court abused its discretion by disregarding a decision of the Louisiana Supreme Court,Wooleyv State Farm FireCasIns CO, in deciding that there was a case in controversy.
12
What Changed After Wooley I?
In this regard we also observe that La. R. S. 49.992 (B)(2) was amended by Acts 2005 No 204 to add the following significant language:"Upon the issuance of such a final decision or order the agency or any official thereof shall comply fully with the final order or decision of the administrative law judge. This language is interpretive and remedial and is to be given retroactive effect.Wooleyv State Farm Fire andCasIns Co., 928 So 2d 618, 622 (2006)
13
What does the Court say is the Effect of this Language?
Once the ALJ s decision became a final judgment principles of res judicata preclude re litigation.But what judgments did the SC say were the only ones entitled to res judicata?Why are worker's compensation tribunal decisions an exception?
14
The Court's Order
On our de novo review we conclude that the material facts are undisputed and thatBonvillianis entitled to judgment in his favor as a matter of law. The undisputed facts include the following:The ALJ decision and order became a final enforceable judgment at the latest when the Louisiana Supreme Court did not consider writs inBonvillianv. Department of Ins. 901 So 2d 1081 ...The ALJs final enforceable judgment ordered the Department to issue the license.
15
What did the Supreme Court in Wooley I hold about ALJ orders?
"The ALJs make administrative law rulings that are not subject to enforcement and do not have the force of law. "Compare to this Court's holding:The ALJs final enforceable judgment ordered the Department to issue the license.If the Legislature has transformed ALJ rulings into final enforceable judgments, were does this leave Wooley I?