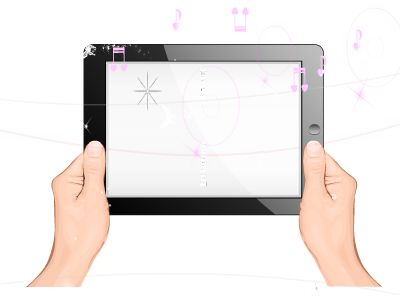 24
ECB
Thetrue power of the state (sovereignty) lies with whoever wields the power to act in emergencies. If, then, in an emergency the elected executive steps aside, leaving an independent agency,say…theECB, to act alone, they are revealed as the truesovereign(pp.243-4)Simultaneouslymore and, perhaps, less than a regular central bank(p.393)Monetarytechnocrats adrift in the constitutional order of things, precariously perched as existentialguarantors.Hence the legal and political dilemmas posed by the ECB’s Sisyphus-likelaboursto preserve Europe’s monetary union and the wider Project it represents.(p.563)
25
MONETARYINDEPENDENCE:CURRENTCRITIQUE
“Central bank independence had a specific justification. Monetary policy was thought to have major dynamic consistency issues and did not have much non-technical political content. In today’s world where the dominant problem is too little not too much inflation the dynamic consistency argument loses its force. And the greater salience of exchange rate issues, fiscal monetary cooperation and credit allocation aspects of monetary policy draws it closer to policy normally delegated to democratic institutions. So at a minimum central bank independence needs reconsideration and it’s possible that it can no longer be justified in its current form.”LarrySummers, exchange with the author, 2017
26
CBI: THE DEFENCE
Commitmentproblem wider than strict time-inconsistency leading to an inflation biasPolitical monetary policy makers would have found it hard to provide the post-2008 stimulus needed to support economic recovery:unpopular with some high-propensity-to-vote citizens: saversIf they had tried, would not have been trusted to refrain from inflating away the debtPlus constitutionalist argument
27
CONSTITUTIONAL CENTRAL BANKING
Underfiat money, independence for the monetary authority is a corollary of the higher-level separation of powers between the fiscal authority of the legislature and the elected executivegovernmentOther options are a committee of Congress or a commodity standardDoubt whether the volatility in output and jobs entailed by gold standard would be tolerated underfull-franchisedemocracyCentral banks a solution to the problem of not giving the monetary levers to the elected execPuts the burden on design and constraints
28
POLITICAL SCIENCE EXPLANATION OF CBI
Standard story:Legislators serve interest groups, and conservatives serve financeFinance dislikes inflationTherefore, CBI will be granted by Right so as to lock in low inflation policySo why didLabourgiveBofEindependence? Alternative story:Right will not grant CBI when it thinks Left will be worse atmonpol, helping bring Right back into powerSo Left has incentive to grant CBIEgItalian Communist Party positionSustained only if across-the-board benefits: savesinflation-risk premium
29
WHAT MORE?POSITIVEECON V. POLITICAL ECONOMY
Debates conducted as though purely challenges in positive economics: which instruments workbest:marketfailuresBut what aboutgovernmentfailures and political values?!Littlesaid about design of policy institutionsImplicitassumption in macro-finance:if central banks are most capable policy body, they should be empowered with previously missing instruments
30

FRACTIONAL RESERVE BANKING
Our societies permit FRBPolitical economy: a device for separating government from the allocation of creditBanks are providers of liquidity insurancethrough demand deposits and committed lines of creditenables households and business to economize on holdings of liquid assetsBut leaves banks (and near banks) fragile:liabilities highly liquid, but assets that are opaque and illiquidHence risks of runs: Diamond &Dybvig
31
THE LIQUIDITY REINSURER
Enter central bank as liquidity reinsurer: Lenderof Last Resort (LOLR)My paraphrase ofWalter Bagehot’s famous dictum:Central banks should make clear that they stand ready to lend early and freely (iewithout limit), to sound firms, against good collateral, and at rates higher than those prevailing in normal market conditions.This version emphasizeslending tosound firmsonly.Principles for Delegationrequire function should be formalized, with objective, constraintsetc
32
TOWARDS FINANCIAL STABILITY
“I insist that neither monetary policy nor the financial system will be well served if a central bank loses interest in, or influence over, the financial system.”PaulVolcker,“The Triumph of Central Banking?”, 1990
33
ONEFUNCTION LEADS TO ANOTHER
LOLR invariably at the scene of financial crises and disasterNeeds information to judge soundness of potential borrowersin circumstances where prophylactic sup andreghave “failed”Will want to be able to influence policy on minimum resilience requirements, and to be assured supervision is professionalBofJand BUBA do thisde factobut notde jurenot in accord with today’s application of political values: accountability
34
MONETARY SYSTEM STABILITY
Mission with two parts:Stability of the value of central bank money in terms of goods and servicesStability of the value of private banking-system money in terms of central bank money
35
A DELEGATED STABILITY-POLICY REGIME
Managing credit cycle: nomonitorableobjective proposedInstead, frame ‘finstab’ objective in terms ofresilience of systemMaintenance of core services through stressed conditionsPoliticsshddecide/blesstargetteddegree of resilience given any long-run trade-offsMicro-prudential objective “safety and soundness” to be recast/interpreted in thatlightDynamicmacroprupolicy directed to maintaining desired degree of resilience
36
MISSING REGIMES
Notsame asmitigating every resource misallocation caused by fin system pathologiesleaning against real economy over-indebtedness that doesnotthreaten systemresilience/stability, but might be a drag on economic activityThose powers could be granted to elected exec branchCentral bank might in principle give public adviceBut that too would need a carefully designed statutory framework
37
A MONEY-CREDIT CONSTITUTION
Buchanan argued for a Money ConstitutionGiven FRB, must be aMoney-Credit Constitution.Five broad elements:an objective for price stability;astandard of resilience for the private banking system, with consequent constraints on balance sheets;alender-of-last-resort regime to provide liquidity insurance to sound intermediaries;astatutory framework for resolving fundamentally bust firms in a more or less orderly way, so that the LOLR doesn’t bailout such firms but sticks to its job of providing liquidity reinsurance;and, crucially, constraints on the use of central banking’s latent fiscal and regulatory powers.
38
LIBERAL CONSTRAINT BITES ON MACROPRU
“AnIA’s rule-making should not interfere withindividual’sliberal rights more than necessary to achieve the legislated purpose and objective (proportionality)”Problem for,eg, across-the-boardLTV and LTI caps for borrowers: notproportional because other, less invasiveoptions
39
BALANCE-SHEET POLICY
Timeconsistent: central banks should not deny that they will do things that in fact they would do. So any absolute constraints must be in primary legislation and incentive-compatible for law-makers.Balance-sheetoperations should at all times be as parsimonious as possible consistent with achieving their objectives, in order to aid comprehensibility and accountability.Minimizerisk of loss consistent with achievingstatutoryobjectives.Ifpermittedto operate in private-sector paper,should be in as many sectors as possible; with selectionof individual instrumentsasformulaic aspossible; and valuation methodology published.
40
BALANCE-SHEET SIZE
Following paying interest on reserves, could in principle have three instruments:policy rate (and talk about reaction function)size of balance sheetcomposition of asset portfolio.Principle of parsimony means not all are needed all of the timeUnder normal circumstances, let balance sheet sized be determined by banks choosing the level of reserves they each wish to target over a monetary maintenance period
41
THREE PILLARS OF UNELECTED POWER
“I don’t hate [him]…I do love him, but the day that I say that I agree with him when I don’t, is the day he must get rid of me because I am no use to him anymore.’”FieldMarshal AlanBrooke aftera row with Winston Churchill, Spring 1944“The Justices have their being near the political marketplace, in which the effects of their judgments are felt…A number of controls are built into their craft, which they practice under the scrutiny of a profession whose expectations and approval must matter to them.”AlexanderBickel,1962“Central bank governors require three qualities above all. A deep commitment to price stability. An ability to be clear and direct to politicians about the policies that are required to produce economic stability. And the ability to be unpopular when circumstances require.”MervynKing at a retirement dinner for Jean-Claude Trichet, 2011
42
SELF-RESTRAINING CENTRAL BANKERS
Likethe military but unlike the judiciary, the central bankers must be ready to advise in private on the wider government policies that arenecessaryfor monetary-system stabilityUnlikethe military, precisely because they have job security, they must not press and press, while not equivocating in their adviceUnlikethe military, they can repeat this advice in public at their own initiative, but in doing so the intimate connection with their formal mandate must be explicit and able to withstand tough scrutiny;Theycannot be in the business of offering their opinion, in private or public, on things they happen to know about or are interested in but do not rely upon in fulfilling the trust placed in them by legislators;Likethe judiciary, they must not be drawn into offering specific private advice or public remarks about things they will or might have to decideLikethe judiciary, as legitimacy seekers, they can (and, rationally, ought to) explain their institution to the publicLikethe judiciary, they must be ready to take criticism.
43
UNELECTED DEMOCRATS
THANK YOU FOR LISTENING,PAUL TUCKER, BRUSSELS, 31 MAY 2018
44