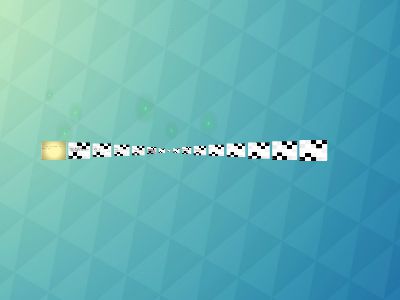 Unit 1Foundations of Government Vocabulary:
Sovereignty- ultimate, supreme power in a state.Legitimacy- right and proper authority of governmentTotalitarian-form of government with absolute control over everything.
Anarchy-a state of lawlessnessOligarchy-rule by a few small groups of people, usually military or economic eliteMonarchy-form of government exercised by a single ruler, such as king or queen, who claims absolute authority by divine or hereditary rights
Divine Right-A monarch rules by sanction or approval of God. Power comes from God to the king, who has the right to do whatever he wants.Majority Rule-decisions made by the majorityDemocracy-rule by the peopleRepublic-an indirect form of democracy in which citizens elect representatives to make decisions on their behalf
Constitutional Monarchy-form of government in which there is a contractual agreement (or constitution) between a monarch and the peopleConstitution- a plan for government (establishes 1. structure ofgov’t2. common beliefs 3. it is an incomplete guide)Unitary System- gives all key power to the national or central government
John Locke-Enlightenment thinker who believed government had a duty to protects its citizens’ life, liberty, and property. Influenced Declaration of Independence.Baron de Montesquieu- Famous for the theory of Separation of Powers, which has been implemented in many constitutions throughout the world, Montesquieu influenced the Constitution.Jean-Jacques Rousseau-Wrote Social Contract. According to Rousseau, by joining together into civil society through the social contract, individuals can both preserve themselves and remain free. Influenced Declaration of Independence and Constitution.
Voltaire-Enlightenment thinker famous for his wit and for his advocacy of civil rights and liberties, including freedom of religion, speech, and free trade. Influenced Bill of Rights.NiccoloMachiavelli- Machiavelli’s name is synonymous with tough and dirty politics. Author ofThe Prince. One of history’s first political scientists.
Government- the institution through which the state maintains social order, provides public services, and enforces decisionsState- a political community that occupies a definite territory and has an organized governmentPower-the government’s authority to make and enforce policies and laws
Policy-any decision made by government in pursuit of a particular goalPolitics-the process by which government makes and carries out decisionsNatural Law-a system of rules derived from the natural world. The Natural World provides a just and rational order to all things in the world.
Social Contract Theory-a theory of society in which government is a contract between government and the governed to provide protection and support for the people.Federal System- divides powers of government between national state and local levelsConfederalSystem-confederacy- a loose union of independent statesDictatorship-form of government in which one person has claimed power and the right to rule by force
Direct Democracy-a form of government in which citizens meet regularly to discuss and vote on lawsParliamentary System-a form of government in which the chief executive is the leader whose party holds the most seats in the legislature