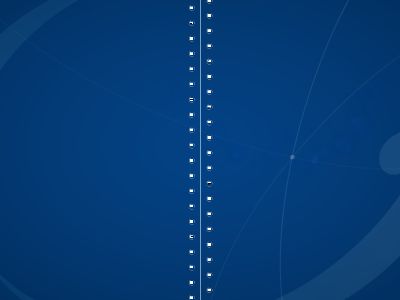 TO EAT OR NOT TO EATA Study of Kosher Food Laws in light of New Testament Teaching
RolanMonje
Kashrut(or kosher) isthe body of Jewish law dealing with what foods we can and cannot eat and how those foods must be prepared and eaten.From a Christian perspective, Kosher Law refers to the classification “clean and unclean” foods in the Old Testament (esp. Leviticus and Deuteronomy) including prohibitions regarding intake. Kosher foods are allowed foods.
Of the "beasts of the earth"(generally referringto landmammals),you may eat any animal that has cloven hooves and chews itscud (Lev11:3;Deut 14:6).Anyland mammal that does not have both of these qualities is forbidden.Lev/Deut specifythat the camel, the rock badger, the hare and the pig are not kosher because each lacks one of these two qualifications. Cattle, sheep, goats, deer and bison arekosher (allowed).
Example: forbidden food
The word "kosher" is the Anglicized form of the Hebrewkasher, which literally means "good" or "proper," but came to indicate an item "fit for ritual use."Kosher thus describes food that meets these standards. The word "kosher" can also be used, and often is used, to describe ritual objects that are made in accordance with Jewish law and are fit for ritual use.The Hebrew word for non-kosher istrayf, from the wordterayfa, "torn" (from the commandment not to eat meat that has been "torn" by other animals).
Likethe Jews, the Samaritans looked for a final judgment with rewards and punishments in charge of the Messiah. Both Jews and Samaritans emphasized circumcision, the Sabbath, and the Kosher law. Thus Jesus could stay in a Samaritan home for two days, eating their food and drinking water from Jacob’s well (John 4:1-42).
Jews and Samaritans
Modern Jewswill say that theTorah does not specify any reason for these laws, and for a Torah-observant, traditional Jew, there is no need for any other reason. Some have suggested that the laws ofkashrutfall into the category of "chukkim,"laws for which there is no reason.Yet, from a Christian perspective, we may understand these laws from a holistic view of Scripture, having received both the Old and New Testaments.
1. PRACTICAL REASONS -to protect them fromdisease, since they lived in a backward society (compared to ours)andmedicine was scarce. Thus,eating animals that died of natural causes was dangerous and forbidden (Leviticus 17:15). A number of disease-carrying animals were prohibited in Leviticus 11, such as pigs, gulls, and many insects.2. SPIRITUAL REASONS - to make them holy, dedicated, separatethem from the nations.Pork, for instance was not simply a heavy meat (difficult to digest and less healthy than fish or fowl), but a pagan food, associated with Egyptian andCaananitecult.
Why these laws?
God knew that neglecting these laws could result in disease, both physical and spiritual. The latter was more serious, since imbibing foreign pagan culture was sure to have negative impact on His people.How should we view these rules today? Let’s look at some principlesfrom Scripture.
Lev 7:36On the day they were anointed, the LORD commanded that the Israelites give this to them as their regular share for the generations to come.During the Exodus, God was continuously directing his people, “calling the shots” as he brought them closer to his fulfilled vision for them as a people.
Principle #1: God gives directives to his people with perfect timing.
Jer31:31“The time is coming,” declares the LORD,“when I will makea new covenantwith the house of Israeland with the house of Judah.Jer31:32It will not be like the covenantI made with their forefatherswhen I took them by the handto lead them out of Egypt,because they broke my covenant,though I was a husband to them,’”declares the LORD.
Looking forward from Lev/Deut
HEB 7:12For when the priesthood is changed, of necessity there takes place achange of lawalso. (AB)Jesusreplaces Aaron with a priesthood that is both different and better. And with theAaronicpriesthood went the law that had been erected with that priesthood as its basis. So the author says there must be a change of law.Jesus actually “changes” the law from one perspective when he raises the bar of purity in Matthew 5, and when he enlightens their understanding of food laws in Mark 7.
Principle #2: The New Covenant supersedes the Old Covenant.
Heb 8:13By calling this covenant “new,” he has made the first one obsolete; and what is obsolete and aging will soon disappear. (NIV)“Fromthe idea that the covenant is a relationship existing between God and His people maintained through atoning sacrifice, it is clear that the high priest becomes the central figure in it. He is the minister of atonement. The covenant relationship, therefore, is only as good as the high priest who administers it. The ministry of the ancient high priest wasimperfect. Thus the old covenant also was imperfect and hencetransitory(8:13)”—F.F.Bruce,New International Bible Commentary