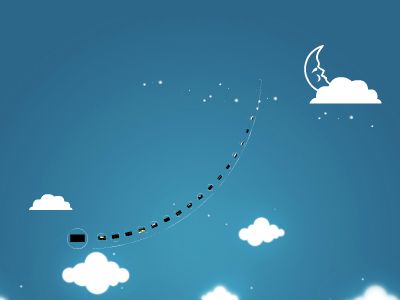 Translating Markfor theMajeraVerses sold: 559Chapters completed: 10Remaining verses: 119$25 per verse –As you leave!
“Men and women disbelieve the Easter story not because of the evidence, but in spite of it. To spurn the evidence is to spite one’s self.”
“The Empty Christand the Empty Tomb”Destination: Jesusemptied Himselfso that we can celebrate theempty tomb.
5 In your relationships with one another, have the same mindset as Christ Jesus:6Who, being in very nature God,did not considerequality with Godsomething to beused to his own advantage;
7 rather,he emptied himself,taking the very nature of a servant,being made in human likeness.8 And being found in appearance as a manhe humbled himselfby becoming obedient to death—even death on a cross!
9 Therefore God exalted him to the highest placeand gave him the name that is above every name,10 that at the name of Jesus every knee should bow, in heaven and on earth and under the earth,11and every tongue confess that Jesus Christ is Lord, to the glory of God the Father.
He was tempted touse His divinity for Himself.
Mark 1:12-13
The Spirit then compelled Jesus to go into the wilderness, where he wastemptedby Satan for forty days.
Mark 1:9-11
One day Jesus came from Nazareth in Galilee, and Johnbaptizedhim in the Jordan River. As Jesus came up out of the water, he saw the heavens splitting apart and the Holy Spirit descending on him like a dove. And a voice from heaven said, “You are my dearly loved Son, and you bring me great joy.”
The Temptation =A shortcut to Kingship!
2. Instead, He emptied Himself for us.
Philippians 1:6 (NIV)
Who, being in very nature God,did not consider equality with God something to beused to his own advantage;
Philippians 1:6 (NRSV)
who, though he was in the form of God,did not regardequalitywith Godas something to be exploited…
Verse 7
…butemptied himself,taking the form of a slave,being born in human likeness.And being found in human form…
Verses 6-7(J.B. Phillips New Testament)
For he, who had always been God by nature,did not cling to his prerogativesas God’s equal, butstripped himself of all privilegeby consenting to be a slave by nature and being born as mortal man.
3. By His self-emptying,He left an empty tomb.
Mark 16:5-7
When they entered the tomb, they saw a young man clothed in a white robe sitting on the right side. The women were shocked, but the angel said, “Don’t be alarmed. You are looking for Jesus of Nazareth, who was crucified. He isn’t here! He is risen from the dead! Look, this is where they laid his body. Now go and tell his disciples, including Peter, that Jesus is going ahead of you to Galilee. You will see him there, just as he told you before he died.”