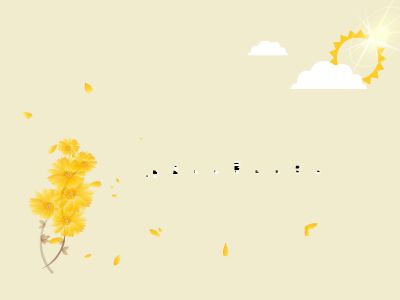 1Corinthians 1-6
1 Corinthians
Paulwrites a letter to the Corinthians, they reply, he then writes again to the reply.It becomes 1 Corinthians. The others are lost!I Corinthians appears to entertain questions concerning doctrine and morals.Paul wrote at least three letters to the Corinthians.
The Corinthians were a perverse and immoral people.Paul had baptized a few of them and had organized a branch, this letter is to them.They were able conscientious saints.Ancient Corinth was a city of debauchery, lewdness, and evil. Even by pagan standards the Corinthians were notoriously sensual and immoral.Their very religion itself centered around the worship of Aphrodite (Venus), the goddess of love, and included the sacrificing of chastity by virgins.
1Corinthians 1:1“You must be called”Neither apostles nor any church officers call themselves!1 Corinthians 1:10“Unity within the Church”Unity within the church and among the saints is the goal of the gospel (Doctrine & Covenants 38:27).1 Corinthians 1:13“Is Christ divided?”No!Only one true church (Doctrine & Covenants 1:30).
1 Corinthians 1:14-17“I thank God that I baptized none of you, but Crispus and Gaius!” (Ouch!!!)Crispus:was in charge of the synagogue.Gaius:A wealthy layman, 3rdepistle of John iswrittento him.v.17“For Christ sent me not to baptize”The test of one’s effectiveness as a representative of Jesus Christ is not how many he baptizes, but how well he spreads the word of God so that all will hear and obey may do so.
1 Corinthians 1:23Christ crucified, a stumbling-blockWhy?They expected a mighty king of glory who would throw off the hated yoke of Rome in one miraculous stroke and establish a messianic kingdom in which faithful Jews would reign supreme.As far as many of the Jews were concerned, Jesus was nailed to a cross just as hundreds of others had been.1 Corinthians 1:26-31“God hath chosen the weak things of the world to confound the things which are mighty.”
Question:Who is better qualified to preach the Gospel, a fifty-year-old college president of world renown who has many scholastic degrees, or an eighteen-year-old high school graduate who has no scholastic stature whatsoever?Answer:The one who has a testimony of the Gospel and who is living as to have the companionship and guidance of the Holy Spirit.
Question:How is it that weak things of the earth confound the mighty and strong?Answer:True religion is not a matter of intellectuality or of worldly prominence or renown, but of spirituality; and they are not weak but strong in the realm of spiritual things.
Question:How is it that weak and untried persons have spiritual powers and understanding which is often denied the learned and worldly wise?Answer:It is in large measure a matter of pre-existence preparation. Some people developed in the pre-mortal life the talents to recognize truth, to comprehend spiritual things, to receive revelation from the Spirit; others did not. Those so endowed spiritually were foreordained and sent to earth to serve at God’s command as his ministers” (McConkie,Doctrinal New Testament Commentary, 2:316-17).
1 Corinthians 2:9-10Oneof my most favorite scriptures! God is truly nice!“Revelation is for everyone in the Church!”Joseph Smith said: “God hath not revealed anything to Joseph, but what he will make known unto the Twelve, and even the least saint may know all things as fast as he is able to bear them” (Teachings, 149).
1 Corinthians 2:11-12“We can never comprehend the things of God and of heaven,” the Prophet said, except “by revelation” (Teachings, 292).1Corinthians 3:2“Milk comes before meat in the Church”(Alma 12:9-10).
1 Corinthians 3:16-17“Are you a temple or a visitor center?”You are bought with a price! It really isn’t your body (I Cor. 6:19-20).Truly the Spirit will not dwell in an unclean tabernacle!
1 Corinthians 4:1, 9-13“Ministers of Christ”True ministers receive revelation and know the mysteries of God. “Salvation cannot come without revelation,” the Prophet said, “It is in vain for anyone to minister without it. No man is a minister of Jesus Christ without being a prophet… Men of the present time testify of heaven and hell, and have never seen this; and I will say that no man knows these things without this”(Joseph Smith,Teachings, 160).
“Mysteries of God”A truth that can’t be known without revelation.1Corinthians 6:2-3“Know ye not that we shall judge angels?”
“The man who passes through this probation, and is faithful, being redeemed from sin by the blood of Christ, through the ordinances of the gospel, and attains to exaltation in the kingdom of God, is not less but greater than the angels, and if you doubt it, read your Bible, for there is written that the Saints shall ‘judge angels,’ and also they shall ‘judge the world’.Andwhy? Becausethe resurrected, righteous man has progressed beyond the pre-existent or disembodied spirits, and has risen above them, having both spirit and body as Christ has, having gained the victory over death and the grave, and having power over sin and Satan; in fact, having passed from the condition of the angels to that of a God.He possesses keys of power, dominion and glory that the angels do not possess, and cannot possess without gaining them in the same way that he gained them, which will be by passing through the same ordeals and proving equally faithful”(Joseph F. Smith,Gospel Doctrine, 18-19).