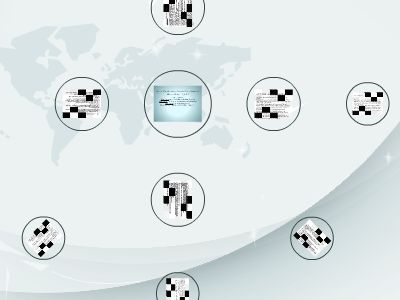 World Literature and Composition—Week of March 28-April 1, 2011
Ms. FitzgeraldJulius Caesar–Acts 4 and 5 Quiz—Monday, March 28Julius CaesarREVIEW Activities—Tuesday and WednesdayJulius CaesarTEST –Thursday, March 31Vocabulary Unit 15—Quiz and Story due Friday, April 1
ACT ONE –Review Questions
Explain the attitude ofMarullustoward the commoners in the city streets.Explain the behavior of the commoners toward Julius Caesar. Why is this potentially problematic (i.e. –what does it reveal about the loyalty of the people)? 1-2 paragraphsWhy does Julius Caesar instruct Mark Antony to touchCalphurnia?Explain Cassius’ attitude toward Caesar. Be thorough in your response and provide at least two reasons why Cassius feels he is superior to Caesar. (at least 1 paragraph)Explain Brutus’ attitude toward Caesar. How is this revealed?Explain Brutus’ attitude toward Cassius. How is this revealed?Why does Caesar wish to “let me have men about me that are fat” ?Who offered Caesar the crown?What happens immediately after Caesar is presented the crown?How does Cassius portray Caesar toCasca? Use lines from the text (at least 2) to support your response. (1-2pargraphs)
ACT II—Review Questions
In Act II, scene 1—discuss the multiple metaphors that Brutus uses to describe Caesar.Who do the conspirators decide to “leave out” of the plan (2 possible answers)?What does Cassius propose to do to Mark Antony and why?How does Brutus respond to Cassius in regards to Mark Antony? What is Brutus’ reasoning?Who do you feel –Brutus or Cassius—has the better logic in regards to Mark Antony and why?What does Portia suspect about her husband in Act II, scene 1?How are the pleas of Portia to Brutus similar to that of the “lady” andBisclavaretin “Lay of the Werewolf” (1-2 paragraphs)—use text fromJulius Caesarto support your response.What strange action does Portia take in order to prove to Brutus that can trust her to keep his word? (p 71)Act II, scene 2—Why isCalphurniaupset?What is Caesar’s response to his wife?What does the servant attempt to explain to Caesar?What is Decius’ reaction to Caesar when Caesar revealsCalphurnia’sdream to him (Decius)?Who isArtemidorusand what does he try to reveal to Caesar?
ACT III—Quiz Questions
1. Why doesArtemidoruswish for Caesar to read his note?2. What does Cassius claim he will do if he is caught?3. How does Caesar respond to all the men who kneel? Use textual evidence to support your response.4. What do the conspirators claim to want Caesar to do?5. How do the conspirators justify their actions? 1-2 paragraphs—use textual evidence and support.6. Why does mark Antony send a servant to see Brutus?7. Why does Cassius not want Mark Antony to speak at Caesar’s funeral?8. What is the response by the people of Rome to Brutus’ speech? 1 paragraph9. What is the response by the people of Rome to Mark Antony’s speech? 1 paragraph10. Why do you believe that Mark Antony wishes to read Caesar’s will?11. What are the contents of the will?12. How do the people respond to the reading of the will?13. Explain the interaction of thePlebianswithCinna. What does this say about thePlebians?
Julius CaesarQuiz—Acts IV and V
1. Mark Antony must agree to having which family member “pricked” for death? What is Antony’s attitude toward this decision?2. What is Brutus upset with Cassius at the beginning of Act 4, scene 2? Be specific and explain your answer in 1-2 paragraphs.3.How does Cassius convince Brutus to forgive him? Use textual evidence to support your response in 1-2 paragraphs.4. What happens to Brutus’ wife? Be specific. What is symbolic of this act?5. How many times was Cassius stabbed?6. Describe Brutus’ attitude toward the death of his wife?7. Who does the ghost of Caesar appear to and for what reason?8. In Act V, Antony finally has an opportunity to confront the conspirators. Describe Antony’s attitude toward them and support your response with textual evidence (1-2 paragraphs).9. How does Cassius die? Be specific. Address the weapon that he uses—why is this weapon symbolic?10. What happens toTitiniusand why?11. Explain the final actions and words of Brutus. What does he come to recognize about himself and what he as done?12. Through Mark Antony’s final lines of the play, how does Shakespeare portray Brutus? Support your response with text. Response must be 1-2 paragraphs in length.
QUOTE COMPETITION--
1. “Caesar, I never stood on ceremonies, yet now they fright me. There is one within, besides the things that we have heard and seen, recounts most horrid sights seen by the watch.”2. “Cowards die many times before their deaths; the valiant never taste death but once. Of all the wonders that I yet have heard, it seems to me most strange that men should fear, seeing that death. A necessary end, will come when it will come.”
.
3. “Yes, bring me word boy, if thy lord look well, for he went sickly forth. And take good note what Caesar doth, what suitors press to him. Hark, boy, what noise is that?”4. “O Caesar, read mine first, formine’sa suit that touches Caesar nearer. Read it great Caesar.”5. “EttuBrute?”6. “And let usbatheour hands in Caesar’s blood up to the elbows and besmear our swords.”7. “As Caesar loved me, I weep for him. As he was fortunate, I rejoice at it. As he was valiant, I honor him. But as he was ambitious, I slew him.”
.
8. “Friends, countrymen, lend me your ears. I come to bury Caesar., not to praise him.”9. “He hath brought many captives home to Rome, whose ransoms did the general coffers fill. Did this in Caesar seem ambitious?”10. “It is no matter. His name isCinna. Pluck but his name out of his heart.”
.
11. “Beware the Ides of March.”12. “I shall remember, when Caesar says, ‘do this’, it is performed.”13. “Cassius, be not deceived. If I have a veiled look, I turn the trouble of my countenance merely upon myself.”14. “Let me tell you, Cassius, you yourself are much condemned to have an itching palm, to sell and mart your offices for gold toundeservers.”15. “I did not, He was but a fool that brought my answer back. Brutus hath rived my heart. A friend should bear his friend’s infirmities, but Brutus makes mine greater than they are.”