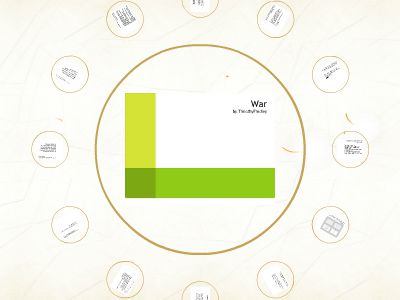 Warby TimothyFindley
1- Describe the complete setting of the story: (5 pts.)
Time (when?): August 1940Place (where?):Muskoka/Orillia/CurriefarmAtmosphere (what?): Neil hides from everyone (angry)Conditions(why?): Neil learns that his father has joined the armyOccupation(who?): Neiland Bud(students) Father(salesman, soldier-has joined thearmy).
2- Name and describe both the protagonist and the antagonist of the story. Give at least 3 character traits for each. (8 pts.)
3- In what point of view is the story told? Justify your answer. (4 pts)
The story is told in the 1st person point of view. The narrator is telling his own story.
4- Explain how Neil finds out that his father has joined the army? (4 pts)
He overhears Bud and Teddy Hartley arguing, and Bud just says it without thinking(his brother Bud blurted it out when having a spiting contest).
5- What reasons does Neil give for not wanting his father to join the army?(4 pts)
His uncle died while he was in the army(1stWorld War), and he does not want that to happen to his father.His father will not be able to sell things anymore.His father will not be able to teach him how to skate.
6- a) Describe what Neil does to his father when he is finally found. (2 pts)
He throws rocks at his father and knocks him out.
b) Why do you think he does this to his father? (2 pts)
He is angry that his father is leavinghim/ He is angry that his father had not told him about joining the army/He does not know how to react or how to control his reactions.
7. What is the main theme of this story? Justify your answer. (5 pts.)
War tears families apart.No good can come of war.It is important to always be honest with your family.+justification!!!
8. Identify the following elements of the plot diagram: (6 pts)
Preliminary Action:It is summer vacation; Neil is spending time at the Curries’ farm and is waiting for his parents to pick him up.Complicating Incident:Neil learns that his father has joined the army.Rising Action:Neil hides overnight in the barn/The police search for him and finally find him.Climax:Neil knocks out his father by throwing rocks at him.Outcome:Neil takes a picture with his family before his father leaves for Ottawa. Neil regrets his actions.
9. Do you believe that the conflict is resolved at the end of the story? Justify your answer. (5 pts)
Yes- Neil regrets his actions /agrees to take family pictureNo-The father leaves and they don’t talk about what happened
10. a) Is Neil’s reaction to his father leaving normal for a boy of his age?Justifyyour answer with a minimum of two arguments. (5 pts.)
Yes :- Father can be a hero to young boys- Too young to communicate his emotions- Made a promise he could not keep- Special bond between fathers and sonsNo :- Acts violently (should know better)….+ explanation !!
10. b) What war does the author refer to in the title?Supportyour view with a minimum of two examples from the story. (5 pts.)
World War II(War in Europe)The war between Neil and his father+twoexamples