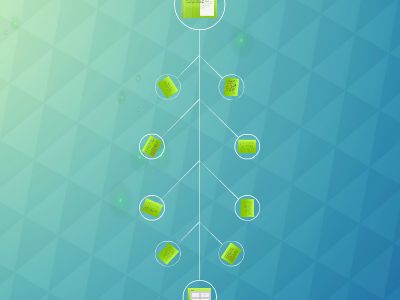 WALT identify the features of a adventure story

WALT identify the features of a adventure story
Why? So we can use them to write our own adventure story to entertain others
Fire Island Adventure
“Run, they’re coming after us,” yelled Bobby as he rushed through the crowded village square.(Hook…hooks in the reader…makes them want to read on)Bobby was asmall, nine year old boy who hadrosy red cheeksand amopof curlsthat hung down over hissticky out ears. He always had acheeky grinand was known as a local pettythief. He waspoorand lived on the streets ofDerk.(Character description…uses adjectives and nouns to paint a picture of the main character in the reader’s head.)
Derkwas asmall villagethat wassurroundedbyfarms and cliffs on the coast of Iguana. Smoke often blew over itfrom the nearby Fire Islands and thesmell of salt filled the air.The farms were poor and the ground didn’t grow much. Thesound of squawking seagullsfightingover the few shellfish that clungthenearby rockswas a sound the villagers were use to.(Setting description… uses adjectives, nouns, verbs and 5 senses to paint a picture in the reader’s head of where to story happens.)
Huffing and puffing Bobby leant up against a door in a side alley leading off the village square.“Who are you hiding from?”whispered a nearby voice. “Who’s there?” demanded Bobby (a little frightened).“It’s me Jill,”said the mystery voice. Bobby sighed with relief as Jill stepped out into the light.Jill was close in age to Bobby and another orphan he often worked with stealing vegetables from the local famers. She was asthin as a weedand hadlong, brown dirty hairthat hung over her face. She woreraggedtrouserstied at the waist by anold piece of rope.(Introduction of 2ndcharacter – described using simile, adjectives, nouns, dialogue)
“I was down by the wharves when I saw dragons flying towards the docks breathing fire, so I just ran,” replied Bobby breathlessly.(Problem ... with risk and physical danger)“Oh no,” sobbed Jill. ‘I am afraid they are angry because I stole one of their golden eggs”. “Oh dear” said Bobby “We will never be able able to cross the sea to return it as they will burn us alive boat and all. We will need some help to fix this!”(Complication…with more risk and physical danger)
The children walked for hours until they came to a cave on the edge of town. The silence inside the cave was punctured bya soft snoring sound.“Excuse me,” whispered Bobby in a timid voice. “Zzzzzz” echoed back at him from the depths of the cave.Bobby and Jill creptslowlyforward towards the large snoring shape they could seem in the gloom of the cave.The air around them was freezing and dampthe further they went inside theold, mossy cave. In thedim lightthey could see alarge scaly dragonsurrounded by leaves andgentlypoked its foot.(exciting undertaking…task to find help…change of setting described and new character described)
“Humpf….whose there?” roared a loud booming voice. “It’s me Bobby. Remember the boy who rescued you from the farmers trap 2 winters ago”. “Why, yes…I remember you” replied the now wide awake dragon. “Are you here for the reward I promised you”. “Well no, not exactly” replied Bobby. “We need your help.”After explaining why the Fire Island dragons were now bombarding the village with fiery blasts the children asked if the old dragon would help them sneak onto the Fire Islands and return the stolen golden egg back into the nest Jill stole it from. “If I do this then my debt will be repaid to you boy” snorted the elderly dragon.(Solution suggested by using dialogue and 3rdperson narration)
The next day as the sun slowly rose into the blue cloudless sky and not a breathe of wind could be felt Bobby and Jill clambered up onto the back of the ancient dragon. “Hold on tight” roared the dragon. Jill tightly gripped the golden egg to her chest. Whoosh…up into the air they climbed. They climbed so high in the air they were above the flight path of the Fire Island dragons and were able to cross the sea unseen by their angryneighbours.(Solution for complication)
They landed softly on the hot rocks atop the highest mountain in the middle of the Fire Islands. Jill snuck across the large boulders carefully balancing the large golden egg in one hand. She finally made it to the large empty nest surrounded by broken bits of pirate boats and old treasure chests. She gently popped the golden egg safely back where it belonged.(Solution for problem)“Quick, let’s go” she puffed as she leapt back on the dragon’s scaly, leathery back. They all arrived safely back onDerk. “Phew, that was scary,” exclaimed Bobby. “I hope you’ve learnt your lesson Jill about who not to steal from.” “Yip” she smiled. “I sure have – never steal from someone who can breathe fire, or fly!(Ending …story concluded)
Summary