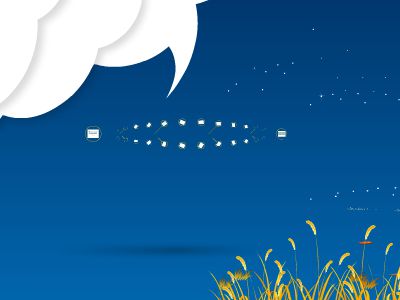 Sell What You Have!
June24,2018San Angelo, TX
3 Men and Their Money
Luke 18:22
So when Jesus heard these things, He said to him, “You still lack one thing. Sell all that you have and distribute to the poor, and you will have treasure in heaven; and come, follow Me.”
Two Important Questions
What will a man do toobtainhis money?What will a man do tokeephis money?
Psalm 52:7
“Here is the manwhodid not make God hisstrength, Buttrusted in the abundance of hisriches,Andstrengthened himself inHiswickedness.”
Let us look at the backstory of this psalm.
Title to Psalm 52
To the Chief Musician. AContemplationof David whenDoegthe Edomite went and told Saul, and said to him, “David has gone to the house of Ahimelech.”
3 Men and Their Money
1.Doegthe Edomite
1 Samuel 21
David goes to the tabernacle at Nob to look for assistance while he fled from SaulHe asked Ahimelech the priest for food and a weaponBoth requests were granted: he was given “holy bread” and Goliath’s old swordDoeg, one of Saul’s confidants, was witness to all these events
1 Samuel 22:9-10
Then answeredDoegthe Edomite, who was set over the servants of Saul, and said, “I saw the son of Jesse going to Nob, to Ahimelech the son ofAhitub.10And he inquired of theLordfor him, gave him provisions, and gave him the sword of Goliath the Philistine.”
Doegand the Slaughter
Saul confronted Ahimelech the priest for “aiding and abetting” the enemySaul commanded his guards to kill all of the priests and their familiesAfter the guards refused,Doegaccepted the challenge, murdering 85 unarmed priestsHe then attacked Nob, killing the families of the priests – men, women and children.
Why?
Q: Why would anyone be willing to commit such a heinous act?A: From Psalm 52:7, I deduce thatDoegwas paid for his services.
1 Timothy 6:9-10
But those who desire to be rich fall into temptation and a snare, andintomany foolish and harmful lusts which drown men in destruction and perdition.10For the love of money is a root of allkinds ofevil, for which some have strayed from the faith in their greediness, and pierced themselves through with many sorrows.
3 Men and Their Money
Doegthe EdomiteZacchaeus
Luke 19:2
Now behold,there wasa man named Zacchaeus who was a chief tax collector, and he was rich.
Leviticus 6:1-5 (condensed)
And theLordspoke to Moses, saying:2“If a person sins and commits a trespass against theLord… or he hasextorted from hisneighbor…4then it shall be, because he has sinned and is guilty, that he shallrestorewhat he hasstolen...Heshall restore its full value, add one-fifth more to it,andgive it to whomever it belongs, on the day of his trespass offering.
Law of Restitution
ZACCHAEUS(Luke 19:8)Full ValuePenaltyTotal
$100
$100
$20
$120
$400
$300
20% PENALTY
200% PENALTY!
On top of…
Zacchaeus also gave 50% of his money to the poor.Zacchaeus was rich, but apparently was not concerned with keeping the money he had made.Jesus did not castigate Zacchaeus for being rich, because the love of money was not a hindrance to his obedience.
Luke 19:9
And Jesus said to him, “Today salvation has come to thishouse…
3 Men and Their Money
Doegthe EdomiteZacchaeus“Rich Young Ruler”
Luke 18:18
Now a certain ruler asked Him, saying, “Good Teacher, what shall I do to inherit eternal life?”
He Was a Good, Moral Man
No AdulteryNo MurderNo TheftNo False WitnessHonored his Parents
“All these things I have kept from my youth.”
Luke 18:22
So when Jesus heard these things, He said to him, “You still lack one thing. Sell all that you have and distribute to the poor, and you will have treasure in heaven; and come, follow Me.”
Yes, Jesus expects his followers toDOthings!
1 John 5:2-3
By this we know that we love the children of God, when we love God and keep His commandments.3For this is the love of God, that we keep His commandments. And His commandments are not burdensome.
1 John 3:22-24
And whatever we ask we receive from Him, because we keep His commandments anddo those things that are pleasingin His sight.23And this is His commandment: that we should believe on the name of His Son Jesus Christ and love one another, as He gaveuscommandment.
MENTAL ACCEPTANCE+ACTIVE PARTICIPATIONFAITH
Downfall of the RYR
He seemed to be looking for something he could do, rather than what he could be!
DOINGvs.BEING
Stopgoingto church, and startbecomingthe church!
Luke 18:23
But when he heard this, he became very sorrowful, for he was very rich.
Hyperboles from Jesus
Hyperboleisa figure of speech that uses extreme exaggeration to make apoint...statements or claims not meant to be taken literally.
Conclusion
The love of money can cause us to do terrible and wicked actsThe desire to keep ones money can cause us to make horrible decisionsThe statement of Jesus to “sell what you have” is not a command, but rather a hyperbole to show the rich, young ruler his stumbling block.