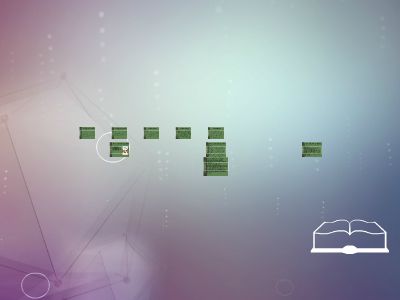 This is an example of how to share the information aboutMufaro’sBeautiful Daughters– It isnotan example of a finished presentation.A finished presentation would compare/contrast all three versions. It would also address all parts of the graphic organizer.You are to take all the information and synthesize it into your presentation and how the story elements and cultural aspects for each version are reflective of the cultures they came from.
Mufaro’sBeautiful Daughters
An AfricantaleBy John SteptoeFirst written account of this tale is 1895
Mufaro’sBeautiful Daughters
SummaryMufarohas two beautiful daughters, one who is kind and gentle,Nyasha, and one who is short-tempered,Manyara. One day it was announced that the Great King was looking for a wife, someone considered the most worthy and beautiful.Mufarodecided to take his two daughters to the city to meet the King.Manyaradecided to leave while everyone was sleeping so she could meet the King first and be chosen. On the way there she was rude to a young boy and an old woman. The next dayMufaroandNyashaleft for the city.Nyashawas kind to the young boy and the old woman. When they arrived at the city they sawManyararunning out of the enclosure in tears. She toldNyashanot to go in because there was a monstrous snake inside.Nyashawent inside to find her garden snake inside, who turned himself into the King. He told her that he had been the little boy and old woman she met on the way and that he knew her to be the most worthy and most beautiful. They were married andManyarabecame a servant in theQueen’shousehold.
Story Elements Comparison
CharactersInCinderellathere is astepmother, two stepsisters, and a Prince.InMufaro’sBeautiful Daughters, there is no mother orstepmother– just a father and two daughters, as well as a King.Both versions have someone of royalty that they would like to meet and marry – either a Prince or King.
Story Elements Comparison
Sequence of EventsBothversions portray the central character as beautiful, kind, and generous, but with unkind family members.Both versions have the central character travelling to meet a Prince or King with the possibility of being chosen as his wife.InMufaro’sBeautifulDaughters,Nyashameets theKing onthe way to thecitybut does not know it because he has transformed himself into a boy and then an old womanwhotestherkindness.
Story Elements Comparison
Sequence of Events, cont.Upon meeting the King,Nyashadiscovers that all this time the Prince had been her pet garden snakeNyoka.BothCinderella andNyashaare chosen by their Prince or King to become his bride and live happily ever after.Cinderella is chosen after her foot fits the glass slipper.Nyashais chosen because sheisfound to be the most worthy and beautiful – she was kind toNyoka, her pet garden snake (who turned out to be the King), as well as the boy and old woman on the way to the city.
Motif Comparisons
InMufaro’sBeautiful Daughters, there is no fairygodmotherwho helps her meet the Kinglike inthe Disney version; the only magical elements are the talking snake, laughing trees, and the King’s ability to transform himself into a snake,a boy, andan oldwoman.Thereare more magical aspects in the Disney version – fairygodmotherand the talking animals who help Cinderella.
Motif Comparisons
Both versions have animals that talk.Both versions have animals or people that can transform into something else.The heroines in both versions have the same wish – to marry the Prince or King.The “lost item” motif is not found inMufaro’sBeautiful Daughters,but isinCinderellawhen she loses her glass slipper.
Cultural Elements
Setting/Geography/Natural ResourcesThe setting forMufaro’sBeautiful Daughterstakes place in an African village just outside a city. This makes the setting very differentfromCinderella, which takes place in a chateau in the countryside. Because of the geography and natural resources of this setting, the structure of the homesisvery different.Mufaro’sfamily lives in a round thatched hut made from bricks of mud.