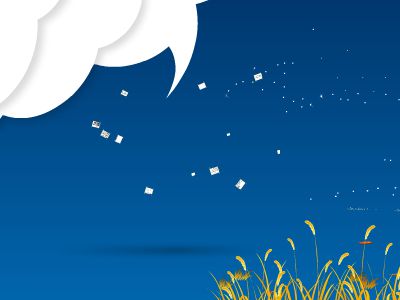 1
Jurisdiction - Standing
Constitutionally Required StandingAll cases must meet this standardWhile the United States Supreme Court can interpret what it means, the court cannot abolish itPrudential standingAdditional statutory or judicial limits over the constitutional requirements
2
What is the Test for Constitutionally Required Standing?
Lujan v. Defenders of Wildlife, 504 U.S. 555 (1992)Injury in factCausationRedressability
3
Broad Band Internet Access
FCC makes a rule requiring cable companies to allow all ISPs access to communications links to customers under the same terms.A part of net neutrality.Would a cable company have standing?Injury?Causation?Redressability?
4
Congressional Standing
Congressman wants to challenge the constitutionality of a statuteIs there a particularized (personal) injury?What are the separation of powers issues?What is the proper remedy for a congressman?Why would the court be unwilling to intervene?(Raines v. Byrd, 521 U.S. 811 (1997))What about a congressman suing the president for making war without a congressional declaration?What about Congress defending a law? (Remember Chadha)
5
Recreational, Aesthetic, or EnvironmentalInjury (non-physical)
Sierra Club v. Morton, 405 U.S. 727 (1972)Just loving trees from far away is not enoughIf you use the area for recreation, this can be enoughWhy did the court find that just loving trees was not enough?When might this really affect whether a case can be brought?
6
Example: Damn that Mouse!
Corps wants to build a dam that will destroy a scenic river and the habitat of an endangered mouseSally has hiked there and will in the futureJohn has spent his life defending endangered species, but has no future plans to visit this area.Who has standing and why?What if John were a scientist studying the mouse in his lab?What is the mouse is only found in this habitat?
7
StatisticalRiskas Injury
Historically, courts have accepted astatistical riskof harm, such as increased risk of cancer from a landfill, as injury.The key question is whether there is a scientific basis for the fear, and how strong the evidence needs to be.
8
Public Citizen, Inc. v. National Highway Traffic Safety Admin., 489 F.3d 1279 (D.C. Cir. 2007)
at least both (i) a substantially increased risk of harm and (ii) a substantial probability of harm with that increase taken into account.…If the agency action causes an individual or individual members of an organization to face an increase in the risk of harm that is ‘‘substantial,’’ and the ultimate risk of harm also is ‘‘substantial,’’ then the individual or organization has demonstrated an injury in fact.…In applying the ‘‘substantial’’ standard, we are mindful, of course, that the constitutional requirement of imminence as articulated by the Supreme Court…necessarily compels a very strict understanding of what increases in risk and overall risk levels can count as ‘‘substantial.’’The court wanted specific numbers, which are expensive to get.
Summers v. Earth Island Institute, 555 U.S. 488 (2009)
Forest servicemakes a rule that some timber sales can be made without the usual statutory notice and comment.What is plaintiff’s problem in getting standing to contest the rule?Plaintiff argues that at least one of its many members will be affected by any possible saleWhat does the Court say about this probabilistic injury?When will the injury be real?
9
Monsanto Co. v.GeertsonSeed Farms, 130 S.Ct. 2743 (2010)
Organicfarmers contest a Dept. of Agriculture decision to deregulate the planting of GM alfalfa.How could this injury them?Could they show a certainty that one would be injured?The United States Supreme Court accepted this probabilistic injury.How can you distinguish the cases?Do the plaintiffs have to do anything inSummerswhile waiting for the timber to be cut?What do theGeertsonplaintiffs have to do to detect possible damage?
10
11
Rethinking Risk as Injury
Must there be a substantial risk of injury, rather than just a theoretical risk of injury?Why is this easy to satisfy if the class is big enough and you have some evidence of risk?NRDC v. EPA, 464 F.3d 1 (D.C. Cir. 2006)2 of 500,000 of their members might get cancer
12
Fearof Risk as Injury
Why is this key to many toxic tort cases?How can this be manipulated by attorneys?How was this used in the BP spill?Why does this complicate allowing fear to trigger standing?Is there a real violation, such as violating a permit to dump toxic materials?This creates a plausible fear if you swim in the river.Friends of theEarth v. Laidlaw Environmental Services, 528 U.S. 167 (2000)
Clapper v. Amnesty International USA, 568 U.S. XXX (2013)
Challenge to the bulk collection of phone dataCore problem is standing – do plaintiffs have an injury?Plaintiffs make aGeertsonSeedargument – they have to spend money and change their practices because they have to assume they are being surveilled.Court finds that is only speculative and that the chance plaintiffs were surveilled is too remote to justify standing based on risk.Then Snowden happens.
13
ACLU v.Clapper,785 F.3d787(CA2 2015)
StandingHere, appellants’ alleged injury requires no speculation whatsoever as to how events will unfold under §215 — appellants’ records (among those of numerous others) have been targeted for seizure by the government; the government has used the challenged statute to effect that seizure; the orders have been approved by the FISC; and the records have been collected. Amnesty International’s “speculative chain of possibilities” is, in this context, a reality.
14