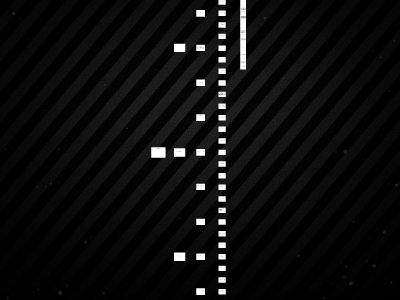 Absolutism
Review
French Protestants
What are Huguenots?
A political system in which a ruler holds total power.
What is absolutism?
The French Wars of Religion ended when
The Catholics defeated the ProtestantsElizabeth I became the queen of France.The Huguenots defeated the Catholics in battle.Henry IV was crowned king of France and converted to Catholicism.
D. When Henry IV became king of France and converted to Catholicism.
One of the richest parts of Philip II’s empire was
a. MoroccoThe Spanish NetherlandsCubaIreland
B. The Spanish Netherlands.
The fleet of warships sent by Spanish king Philip II to invade England was called
A navyAn armadaA convoyA squadron
B. An armada
Who became king of England through the Glorious Revolution?
Who is William of Orange?
This made Catholicism the official religion of France.
What is the Edict of Nantes?
What Russian Czar attempted to westernize Russia?
Who is Peter the Great?
Rising prices.
What is inflation?
Magic in traditional European village culture.
What is witchcraft?
Why did thousands of Puritans decide to leave England for the Americas?
Oliver Cromwell became a military dictator.Charles I tried to enforce Catholic practices.Mary Tudor became queen of England.They were being accused of witchcraft.
Answer: BThe Puritans were members of the Church of England but wished to make the church more Protestant.
Belief that kings receive their power from God and are responsible only to God.
What is divine right?
Queen Elizabeth’s Catholic half-sister.
Who is “Bloody Mary”?
This empire came to an end with the Peace of Westphalia.
What is the Holy Roman Empire?
This is where most of the Thirty Years’ War was fought.
What is Germany?
The Civil War in England was a conflict between
Catholics and PuritansCatholics and the Church of EnglandPeasants and noblesThe king and parliament
Answer: dThe King and Parliament
This English document recognized Parliament’s right to make laws, prevented monarchs from raising armies, and recognized the right to jury trials.
What is the English Bill of Rights?
William and Mary’s 1688 “invasion” of England.
What is the “Glorious Revolution”?
This treaty ended the Thirty Years’ War.
What is the Peace of Westphalia?
Military genius who led parliamentary forces in England against Royalists (kings’ssupporters)
Who is Oliver Cromwell?
Most Catholic King
Who is Philip II of Spain?
English philosopher who believed that absolutism was necessary to maintain order in society.
Who is Thomas Hobbes?
This philosopher believed that government should protect the rights of the people, and the people would act reasonably toward the government
Who is John Locke?
The “Sun King”.
Who is Louis XIV?
Grand palace that was the location of the government of France under Louis XIV.
What is Versailles?
This country in Central Europe had the 4thlargest army under Frederick William the Great Elector
What is Prussia?
The first Russian to be called CZAR.
Who was Ivan IV?
City that was Peter’s “window to the West”.
What is St. Petersburg?
He set the standard for playwrights in the 1580s.
Who was WilliamShakespear?