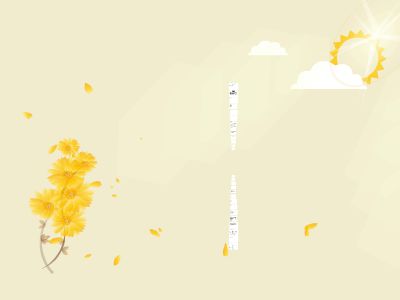 Bargaining Styles andSuccessful Negotiation
Alan K. David, MDProfessor and Chair, Family Medicine, MCWCraig Porter, MDProfessor, Pediatrics, MCW
Objectives
Attendees will assess their own bargaining style tendencies using the TKI Conflict Mode InstrumentAttendees will gain insight into personal traits that influence conflict managementAttendees will learn successful ways to better understand and manage conflict increasing its potential as a positive force for collaboration.
2
Timeline for Workshop
1200-1210: IntroductionGoals/ObjectivesScheduleReactions to Conflict1210-1225: Bargaining Style AssessmentsTake and Score BSA – TKI Conflict Made Instrument1225-1235: 5 Conflict Management Styles:Competencies, Collaborating, Compromising, Accommodating, Avoiding1235-1255: Case Presentation Small Group Role Play1255-1315: Small Group Reports1315-1330: Summary
3
Three natural reactions to conflict
Striking backGiving inBreaking off
Striking Back
….often leads to escalation/provides the other party with a justification to react in a competing, perhaps unreasonable fashion.May advance your immediate interests, but often damages long-term relationships (win the battle, lose the war).People who play ‘hardball’ are usually good at it. Striking back plays the game the waytheylike to play it.
5
Giving in ….
We are uncomfortable so we give in just to be done with the situation/conversation-we give in because we’re afraid of looking silly, incompetent or unreasonable.Guilt induction – the other person may imply that you are the one who is blocking progress making a solution impossible.After giving in one usually feels “bad” – taken advantage of, angry, foolish, etc. – outcome is also poor.May give one a reputation of weakness that others will try to exploit-giving in to an angry person only encourages angry outburst in the future.Giving in often leads to the other party coming back to ask for yet more concessions.
6
Breaking off
Breaking off is often a hasty reaction that we come to regret later-the problem doesn’t go away, even if you are not addressing it directly.May be an appropriate strategy-if you are being taken advantage of. Breaking off reminds the other party of their stake in the relationship and leads to more reasonable behaviors.The costs of breaking off can be high in terms of damaged or shattered friendships, organizational disarray….
7
Three biases physicians have that can lead to conflict
1. The competitive “us versus us” biasCompared to business leaders in a case study,physicians were less able to see through thecompetitive surface to find and exploit win/wininterests.Physicians seem hesitant to risk cooperating withothers, fearing a win/lose result that makes themlook bad.Some reported they would rather have everyone losethan risk that any one person gets more than theirfair share.
8
G. Richard Shell. Biases Physicians Bring to the Table.
Three biases physicians have that can lead to conflict
2. The autonomy biasClinical practice and medical training demands thatphysicians act autonomously, but preference ortraining for autonomy can work against cooperationnecessary in large complex organizationsSense of “what’s in it for me” may overpower thinkingabout “what’s in it for us” and can lead to conflict.
9
Three biases physicians have that can lead to conflict
3. The hierarchy biasMore than some professions, a medical title carries expectations abouthow those above and below in status will be treated.This hierarchical bias carries over into settings where it isn’t useful,helpful or relevant….But-physicians can feel lost without the ‘pecking order’ they grew upin and are comfortable with.This is particularly challenging when physicians fee in conflict withsomeone from a “lower rung.” Rather than trying to get a sense of theother’s perspective, physicians tend to consider them “untrustworthy”“these asst. professors are totally out of line.”
10
History and Validity of TKI Conflict Mode
Developed in 1960’s5 Category scheme for classifying interpersonal conflict handling modes:Competing AvoidingCollaborating AccommodatingCompromisingRenormed in 2007: 4,000 men and 4,000 women ages 20-70(Sample drawn from 57,000 cases 2002-2005)
11
G. Richard Shell. Bargaining Styles and Negotiation: The Thomas-Kilmann Conflict Mode Instrument in Negotiation Training. Negotiation Journal April, 2001: 155-174.
TKI (continued)
Two dimensions:Assertiveness– extent one tries to satisfy one’s own concernsCooperativeness– extent one tries to satisfy the concerns of another personCompeting: assertive and not cooperativeCollaborating: assertive and cooperativeCompromising: in the middle on bothAccommodating: cooperative and not assertiveAvoiding: neither assertive nor cooperative
12

Unassertive
Assertive
Assertiveness
Uncooperative
Cooperative
Cooperativeness
Competing
Collaborating
Compromising
Avoiding
Accommodating
13
Uses of TKI Conflict Mode
Leadership developmentNegotiation trainingTeam buildingManagement/Supervisory training
14
Competitors
Characteristics: Negotiate to “win,” rarely back down.Common prejudice: This is the “best” style.
Cautions to Competitors
Lack of feedbackReduced learningLow empowerment of others on teamSurrounded by “yes-men” (closed off from information)
Collaborators
Characteristics: Negotiate to solve problems, have a taste for complexity.Common Prejudice: Not forceful enough to defend a position.
Caution to Collaborators
Too much time spend discussing trivial matters (misuse of energy and resources)Trust can be taken advantage of when collaborating behaviors are not reciprocatedMay be avoiding risk by diffusing responsibility for decision-making
Compromisers
Characteristics: Do not like to negotiate, but will do it when it is fast and fair.Common prejudice: “Split the difference” mentality is the most efficient way to bargain.
Cautions to Compromisers
Concentration too much on practicalities and tactics and not enough on big picture goalsToo much focus on “trading” undermines interpersonal trust and deflects attention from merits of issues discussed
Avoiders
Characteristics: Dislike conflict, get anxious about negotiationCommon Prejudice: Avoiders should have no role in a negotiation.
Cautions to Avoiders
Lack of input results in weak, or no discussionsDecisions on important issues made by defaultToo much focus on “cautious climate” results in ineffective risk aversionImportant issues go unresolved
Accommodators
Characteristics: Use negotiation to build relationships, resolve conflict by solving other person’s problems.Common Prejudice: Have no point of view.
Cautions to Accommodators
Lack of influenceDeprives a team of your contributionsTend to be overly deferential to rules and policies
The bargainer’s dilemma: we assume that everyone is like us
A few potent combinations:Accommodators versus CompetitorsCollaborators versus CompromisersAvoiders versus Competitors
Getting the big picture
Successful Negotiation
What do we bring to a negotiation?Desired outcome(s)Frame of referencePeopleProblemsHistoryProcessOutcomesPrioritiesStakes
People
Primary playersAt the tableSecondary actorsThose who advise the primary playersTertiary subjectsUnawareWho should be in which rolePlayers, actors and subjects may disagree with your opinion
Problem
What needs to be settled or changed or resolvedWhat is unacceptableWhat is the causeUNTIL THERE IS AGREEMENT AT THE TABLE, THE NEGOTIATION WILL REACH AN IMPASSE
History
Neutral vs. Positive vs. NegativeEach influences the negotiation differentlyNegative history often drives a “get even” and “rehash the past” negotiationThese attitudes may thwart the processGetting around an impasseLearn their strategyCreate a diversionChange the game
Outcomes
Know what you wantKnow what you are willing to giveLEARN what the others wantLEARN what the others will giveLink the giving and the getting“giving to yes”Establish new currencies if necessary
Priorities
Understand the priorities of each sideUse the common priorities to reach agreement
Stakes
Good, bad and opportunity stakesShareIf I swallow “X”, you get “Y”If you accept “A”, I will get “B”Then we each get “Z”
Process
The process is driven by your bargaining style which drives your preference in working relationships and determines your behaviorsDo you cooperate?Can you share?Must you win?What approaches are the others using?Can you shift?Can they?
Conflict
Is inevitableEmbracing this concept should force you to form strategic approaches in your organizationAccept conflict and recognize its value-a culture shift!Learn to PROPERLY express the sources of disagreement as a beginning step because there will be NO resolution is the issue is not on the tableRecognize the many costs of continuing conflict
Positive Aspects to Conflict
Conflict presents us with choicesIt identifies problems that merit attentionSuccessful organizations must be adept at responding to external problems. Really successful organizations do the same for internal problemsEliminating the negative connotation of conflict diminishes the number of “troublemakers in an organization
Learn
…to ask the question
References
G. Richard Shell. Bargaining Styles and Negotiation: The Thomas-Kilmann Conflict Mode Instrument in Negotiation Training. Negotiation Journal. April, 2001: 155-174.G. Richard Shell. Bargaining for Advantage: Negotiation Strategies for Reasonable People. New York. Penguin, 1999.CPP. Inc. – www.cpp.comLeonard J Marcus. Renegotiating Health Care: Resolving Conflict to Build Collaboration. San Francisco. Josey-Bass, 1995.
38