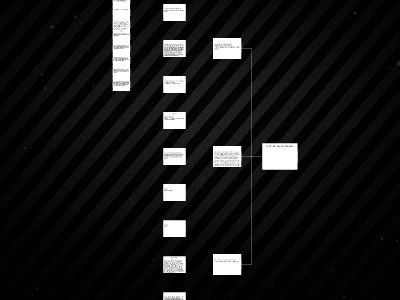 Instinct vs. learned behavior
Do you have or have had a pet?Describe some funny things they doIs it something learned or instinctive to their species?
Ask students to raise their hand if they have a pet. If they do, have them describe some funny things they do. As they tell their behaviors, ask them to decide if it is something their pet has learned (playing dead, rolling over, coming to their food dish at the sound of a rustling bag) or if it is something instinctive to their species (barking at cats, playing with their tails, pouncing). Tell them that these are obvious behaviors. You can tell if they are learned from their surroundings or if they would act that way no matter where they were. Sometimes it’s not so easy to tell.
Behavior is how an animal responds to the environment that surrounds it and within its body
A stimulus is a change in the animal's environment or a change that occurs inside the body.
Depending on what sense organs an animal has, it may react to temperature, light, sound, touch, taste, and smell. In addition, an animal responds to various stimuli from inside its body. Mating behavior, for example, depends almost entirely on the presence of various hormones in the body. Drives for food, water, and oxygen are triggered largely by events inside the body.(A satiated animal will seldom eat even the most tempting of foods placed before it.)
There are 2 ways that you get your behavior:1. Instinct (born with it)2. Learned from your surroundings
BrainPOP
BehaviorBrainPOPvideo cliphttp://www.brainpop.com/science/ecologyandbehavior/behavior/
some of these behaviors are instincts, or traits that the animal is born with, and some are learned behaviors, or behaviors that were taught to the animal, often by its parent.
Instinct-Learned behavior-
Heredity-Trait-
Discuss if time
there are two ways that they get their actions and behaviors. First, and sometimes most obviously, their behaviors come from their environment. Their surroundings are the easiest place for them to attribute their actions. They will be the first ones to say, “Well, I’m pretty hyper, but my house is a fun and crazy place. We’re all pretty quiet at my house because my dad likes the silence. I mess around with art supplies because there’s nothing else to do at my house.” They understand that there is something in their environment that has influenced them to be the way they are. If you ask them if they think they would act differently if they were raised in a different home, they will almost always say yes.
perhaps they play with art supplies because they are genetically (instinctively) inclined to do so. With a little investigation they might find a great grandfather who loved to paint. Their enjoyment of art might be instinctive, not just a matter of finding something to do in the family room. Have them stop and think about their personalities. Is one of their parents like them in more ways than one? A quiet, passive personality can be learned and passed on through inherited traits.
Notes
Think about what you do during the day from the time you wake up. Record some of these behaviors on your worksheet.DO NOT mark learned or instinct yet.
Mark your behavior as learned or instinct.
Think…..if they would act that way no matter where they were it is probably INSTINCT. Would that organism have that behavior if it were removed from other organisms of that species at birth? Would it still know to do that?OR It is LEARNED if they must learn from their surroundings or parents.Sometimes it’s not so easy to tell then it is probably BOTH learned and instinct.
Notes
Record the following examples on the following slides in your chart on the back of your worksheet.
For example, proboscis monkeys have an instinct for swimming (they never learn how to do it), but they must learn ways to cross a crocodile-infested river safely.
Humans instinctively use their voices to communicate (newborn babies cry when they want something), but in order to speak, they must learn their language.
Dolphins instinctively know how to swim, but trainers at an aquarium can teach them to swim certain ways—or do "tricks"—on command.
Many young animals, such as wolf and dog pups and lion kits, are born with an instinct for rough play with their siblings, but some may learn the hard way not to play rough with a larger adult of the species.