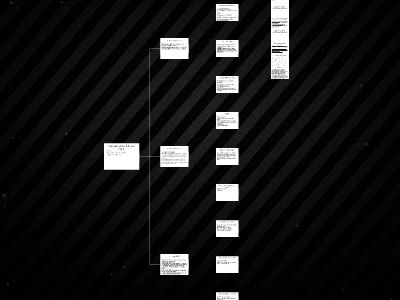 International Law & Human Rights
John LeeDepartment of Political ScienceFlorida State University
Extraordinary Rendition
http://www.youtube.com/watch?v=Ow-NkVJ9D4I&feature=relmfuhttp://www.huffingtonpost.com/2010/06/16/stewart-critiques-obama-f_n_613937.html
Extraordinary Rendition
Not always a bad thing.If Pakistan captures Bin Laden (when he was alive), we would probability want him rendered to the US or at least extraordinarily rendered to a European country.Note distinction between rendition (country A takes individual from country B to country A) and extraordinary rendition (country A takes individual from country B to country C).
Outrage?????
General international concern appears hypocritical:Sweden sends 2 suspects to Egypt.Germany sends a guy to Syria.British had official “Don’t ask don’t tell” policy…”We should try to avoid getting drawn on detail…[and] try to move the debate on…underlining all the time the strong counter-terrorist rational for close co-operation with the U.S (Anon British official.)”Russia & Sweden join in.Bosnia, Canada, Croatia, Georgia, Indonesia, Iraq, Macedonia, Malawi, and Pakistan help facilitate.Afghanistan, Egypt, Jordan, Morocco, Saudi Arabia, Syria, and Uzbekistan welcome detainees with open arms.
Contoursof International Law
JusCogens(Peremptory Norms) –overriding principles of international law.States cannot violate these (banned use of force, torture, etc).Debatable.TreatiesLaws written down. States must ratify these.CustomaryLawUnwritten laws. Customs that develop, like rules of the sea.Soft Sources of International Law (legal documents, declarations etc)
Geneva Conventions
Goal is to protect combatants turned non-combatants (POW’s, Civilians, Wounded).Treaties ban:Willful killing, willfully causing great suffering, compelling someone to serve in enemy’s military, willfully depriving someone of their right to trial, or unlawful transfer.
Gitmo& GenevaConvetions
Those entitled to POW status meet these requirements:Lawful combatantsFollowed rules of war (e.g. no attacks on civilians).Be part of chain of command.Wear a distinctive uniform/marking.Openly bear arms.Countries are supposed to convene military tribunals to determine if combatants are lawful v. unlawful.
Reciprocity
Reciprocal means “given or felt by each towardthe other;mutual”States that violate the Geneva Conventions do not receive protections under the Geneva Conventions.Problematic for US.Other states will participate.
What is a Human Right?
“[a]ny basic right or freedom to which all human beings are entitled and in whose exercise a government may not interfere (wordnet/princeton, 2009).”“[a] right that belongs to all persons (NCS, 2009)”
Where do Human Rights Come From?
Political ConsentualismNatural Law
Classifying Human Rights
Human rights abound it is useful to utilize a classification scheme.First Generation Human Rights.Second Generation Human Rights.Third Generation Human Rights.
First Generation Human Rights
Largely Civil and PoliticalFreedom from torture, freedom of speech, freedom of association, etc.
Second Generation Human Rights
Largely Economic and Social.Right to work, right to health care, right to education, etc.
Third Generation Human Rights
Collective Rights.Right to cultural practices, right to cultural identity, etc.
Ranking Human Rights:Which rights are more important?
When can human rights be violated?
Derogable Human Rightsinclude human rights which states may choose to suspend under certain conditions.Non-Derogable Human Rightsinclude human rights which states cannot suspend under any conditions.
Ranking Human Rights II:Which rights are more important?
How are Human Rights Protected?
Treaties.Universal Declaration on Human Rights (UDHR)Just a declaration, no real enforceable meaning, but has served as rubric for later conventions.International Covenant on Civil and Political RightsInternational Covenant on Economic and Social Cultural Rights (ICESCR)Convention Against Torture (CAT)
Convention Against Torture
“torture means any act by which severe pain or suffering, whether physical or mental, is intentionally inflicted on a person for such purposes as obtaining from him or a third person information or a confession, punishing him for an act he or a third person has committed or is suspected of having committed, or intimidating or coercing him or a third person, or for any reason based on discrimination of any kind, when such pain or suffering is inflicted by or at the instigation of or with the consent or acquiescence of a public official or other person acting in an official capacity. It does not include pain or suffering arising only from, inherent in or incidental to lawful sanctions.”
BybeeMemo
To be torture, the memo concluded, physical pain must be "equivalent in intensity to the pain accompanying serious physical injury, such as organ failure, impairment of bodily function, or even death." And inflicting that severe pain, according to the memo, must have been the "specific intent" of the defendant to amount to a violation of the statute. ~JohnYoo