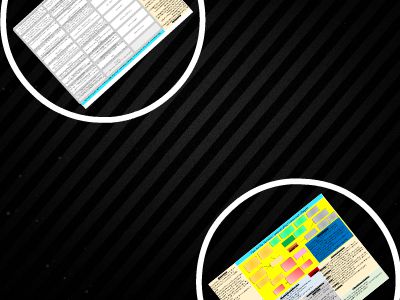 Feudalism and Government: What changes did the Normans make to England?
Topic SummaryThe feudal system gave the king more power and allowed him to rule the country with very few Normans.The king’s ownership of land gave him huge powers of patronage.The use of the Oath of Fealty along with the granting of land helped the Norman kings establish control.Most land and key positions (such as tenants-in-chief and sheriffs) were transferred from Anglo-Saxon to Norman hands.Many aspects of government and the legal system remained the same, or similar to Anglo-Saxon times.The arrangements for military service became more formal.The Domesday Survey allowed the Normans to raise taxes efficiently.Domesday also provided an authoritative account of who held the lands after the Norman Conquest.
The Domesday Survey
Survey of all property and resources in England.Completed due to threat of Viking invasion in 1085.Completed in 1086–the most important tenants were made to swear loyalty to the King.Enabled William to know how much he could tax people and who would be legible to fight in his army.
How did the Norman Conquest affect towns and villages?
Topic SummaryPeasants had the hardest lives of all and many lacked any real freedom. They farmed to survive and many made little profit.Some peasants moved to the towns to find better jobs. Others were trying to break free from the ties of the countryside.The rich had a far more varied diet than the poor, although it was less healthy. The poor ate healthy food but were vulnerable to shortages.Many towns grew in size and importance under the Normans.
Villages
General InformationMost peasant’s lives depended upon the seasons and farming–late Spring was the hardest time of year as supplies were running out.Jobs of peasants–(most) farmers, (some) millers & brewers.Food: during the day a light of rye bread (dry hard bread). Evening meal–mostly vegetables they grew themselves.Drink: homemade beer or cider.Meat was rarely eaten by peasants as it was expensive, so too were sugar and fruit.Thengs and Lords ate meat and fish on a daily basis.
Features of a Norman TownMixture of residential and commercial properties.Churchesandreligious housesHouses were built close together and often the buildings were larger above the ground because land in the towns was expensive.A high street was the main road through the town leading to the gates. This road would have been wider than the rest.Overcrowding led to overflowing waste and an increased risk of disease, house fires and theft.
Why did Norman towns grow?
Trading centres in livestock, fish, salt and wool.Towns attracted people who wanted to set up shops and businesses.Most towns were protected by high walls, gates or moats.The gates were guarded and locked at night.People moved from the countryside to learn a trade or work as a servant.
How did the Normans change Nottingham?A new Norman lord to rule over the town.A Norman church was built in the Romanesque style in the Norman borough–‘St Peter’s Church’A wooden castle was built in 1067-68 and controlled by the Norman Lord.New markets were created: weekday markets in the ’late-Saxon borough’ and Saturday markets in the Norman borough.New boroughs created from the influx of Norman and Saxons to the town.
Medieval Jobs in towns
Blacksmith: skilled craftsmen and highly valued. Made a variety of objects including tools, rivets, nails locks, horseshoes weapons and armour. Many made a very good living in towns.Moneylenders: Christians were not allowed to lend money so Jews came from Europe to do this work. This made them very unpopular.Barbers: cut hair, extracted teeth and amputated limbs. The sign for a barber’s shop was a red and white striped pole.Bakers: bread was the main food in medieval times. There were strict laws on pricing and portion sizes of bread. Peasants were allowed to use baker’s ovens to bake their own bread.Armourers: a very skilled role where people made chainmail armour to fit each individual who requested it.Apothecaries: sold remedies made from herbs and plants.
Towns
Hierarchy in Norman Towns
Top: Lawyers, doctors and property ownersMiddle: Craftsmen (only when they became a ‘master’ of their trade)Bottom: Unskilled workers and servants
Similarities between life in towns and villages:
Differences between life in towns and villages: