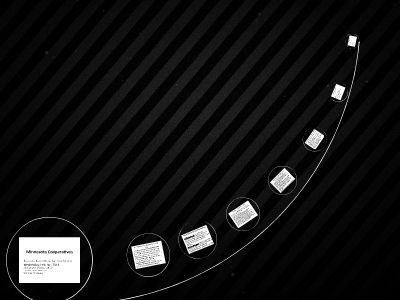 Minnesota Cooperatives
Border to Border Broadband ConferenceWednesday, Feb. 5th, 2014Joel Dahlgren, Chief Risk OfficerUnited Farmers CooperativeWinthrop, Minnesota
Minnesota is Important for Ag Co-ops
213 agricultural co-ops are headquartered in Minnesota, the most of any state in the USA. These Co-ops’ volume = $17.6 billion. Only Iowa, which has 109 ag co-ops, has a larger business volume at $18.1 billion.Two of the five largest agricultural co-ops, CHS Inc. and Land O’ Lakes are headquartered in the Twin Cities.Minnesota provides for corporate 308A co-ops and unincorporated 308B co-ops.
International Cooperative Alliance
Definition of Co-op: An autonomous association of persons united voluntarily to meet their common economic, social and cultural needs and aspirations through a jointly owned and democratically controlled enterprise.Principles include . . .Voluntary membership; democratic control; economic participation on basis of use rather than ownership; responsibility for wider community; education of members.
Co-ops Operate at Cost
The co-op is an aggregate of the members, an extension of the members for obtaining needed services and products.The Co-op is an agent of members, and patronage earnings belong to members rather than co-op.So patronage earnings are viewed as rebates or refund owned by members, not owned by the co-op.In USA, co-op receives a tax deduction for patronage earnings distributed to patrons on basis of use. At least 20% cash, balance up to 80% as allocated equityAt dissolution – if ever – final distribution of proceeds is done on the basis of historical patronage.
Underneath the Definition and Principles of Co-ops
“Co-operatives define their philosophy and find their niche in society where neither private capital nor governmental planning are optimal; they are “autonomous”.The principle of self-help practiced by members of co-operatives corresponds to a self-help attitude of the co-operative movement as a whole, which looks inward for solutions rather than outward to society’s most powerful institutions”.Cooperatives as Social Policy Means for Creating Social Cohesion in Communities, RobertDobrohoczki, Centre for the Study of Co-operatives, Saskatoon, Canada, 2006.
Cooperatives are Instruments of Policy
Cooperatives are policy instruments in the United States:State and federal governments use cooperatives to achieve legislative objectives.Cooperatives are protected by legislation like the Capper Volstead Act.The UN, ILO, FAO, World Bank and IMF all view cooperatives as instruments to achieve international economic development objectives and reduction of poverty.
Utilities Cooperatives
Rural electric cooperativesGeneration and TransmissionDistributionWater – mutual associationRural telephone cooperativesPaul Bunyan Telephone (northern Minnesota)Federated (Lac Qui Parle County)And othersNowRS Fiber Cooperative
RS Fiber Cooperative
Formed as 308B Minnesota CooperativeVersus 308A: 308Bs can raise “outside” capital more easily than 308A co-opsChapter 308B Cooperative:Patron members – controlling voice and economic interests over non patron membersNon patron membersCorporate shield comparable to corporationBoard of Directors is made up of patron and non patron members elected by members at the annual meeting