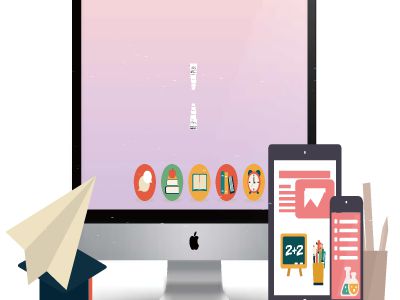 Chapter 3Introduction to Adjudications
Every new tribunal, erected for the decision of facts, without the intervention of jury, . . . is a step towards establishing . . . the most oppressive of absolute governments.
2
Adjudications in the Old Days
What did "jury of your peers" mean originally?How has that changed?Government regulationDid you get a hearing when the King told you what to do?Was there a right to a jury in civil trials?
3
Defining an Adjudication
Adjudications are the process used to make an order involving specific identified partiesWhat are examples of adjudications?Why is your federal student loan application an adjudication?What is the order?What about social security disability determinations? (more later on due process)These are examples of adjudications to find facts and apply law in individual cases
4
Adjudications to Make Policy
Are courts charged with making law and policy through legal opinions?Do their opinions make law and policy?What is happening with gay marriage?Are civil law courts bound by precedent?Why do we read civil court opinions?How do they set law and policy?Agency adjudications can work the same way
5
Adjudications to Set Policy - California Dental Association
What did the FTC accuse the CDA of?What was the sequence of the agency review?Why are agency rulings appealed to the Circuit courts rather than district courts?How does this adjudication set national policy, if the adjudication is not precedent?Who will be deciding future cases?
6
Why Make Policy Through Adjudications?
Why don't legislatures write laws that are specific enough that courts have no room to set policy?When might a legislature intentionally write an ambiguous law, knowing it will have to be resolved by a court or an agency?Agencies face the same issuesWhile they can make rules, as we will see, that can be slow and cumbersome, while adjudications can be fast
7
Wetlands Example
Wetlands development requires a permit from the Army Corps of EngineersThe developer must submit proof that the land to be developed is not a wetland, or, if it is, that there will be appropriate mitigationThe Corps evaluates the application and makes a decision, which can then be appealed to an internal Corps appeals boardIf the application meets the standards, the Corps will issue a permit.In the absence of regulations, the decision reflects the Corps' policy on how it defines and regulates wetlands
8
Inspections as Adjudications
Restaurants need a food handling permit to sell to prepare food and sell it to the publicMust show that you have the proper equipmentMust show proper training for employeesThese permits provide for surprise inspections to assure that the conditions are still being metThe inspector views the factsThe owner can provide input during the inspectionThe inspector provides written findings
9
Basic Procedure for Adjudications:Section 555
Federal Administrative Procedure ActSection 555 applies to all adjudicationsRight to bring your own lawyerNo right to appointed counselRight to a recordRight to notice of the findings and reasons
10
Louisiana APA
Louisiana ProvisionsLA - 955, et seq.
11
Who Gets to Appear Before the Agency?
What are the problems if interested persons who are not parties are allowed to intervene?What is the problem if they are not allowed?What about nuclear power plant licensing?Who is interested?How about permitting landfills?
12
APA Provisions - Formal Adjudications
Formal (APA) Adjudications under the US APAUS - 554, et seq.
13
Formal (APA) v. Informal (Non-APA) Adjudications
What is the language in 554 that triggers a formal adjudication?"on the record after opportunity for an agency hearing“Remember formal rulemaking?What are the subsequent provisions this triggers?556,557Why do we call informal adjudications non-APA adjudications?
14
Formal Adjudications in the Real World
Formal adjudications, triggered by 554 and conducted under 556 and 557, look like trials.Most are like simple trials.Since they can have multiple parties with the right to present evidence and cross examine, they can be very long and complex.Not as bad as formal rulemaking.
Informal (Non-APA) Adjudications
The procedure for informal adjudications are determined by the legislature as part of the enabling law or left to the agency.These range from complex trials to inspections and other very simple proceduresMost are simple proceedings that do not resemble trialsSome are very like trials, it just depends on the legislation and agency regulations
15
16
Administrative Cost and Formal Adjudications
Administrative cost is a key concept in adlawAdministrative agencies carry out huge numbers of adjudicationsWhat would it cost if Medicare payment determination looked like a trial?What sort of delays would you expect?What if FEMA used trials to decide on compensation checks?This is revisited next chapter in the tension between due process and agency costs
17
Practice Issues
The book spends a lot of time on examples of arguments for and against the court ordering a formal adjudication.You do not need this level of detail for this courseAs with formal rulemaking, the courts are reticent to order formal rulemaking unless the statute is clear.If the statute is ambiguous, most circuits defer to the agency –Chevrondeference.A few do not defer, reading the law themselves.In practice, if the issue has not been settled for your hearing type, you have to argue the issue to the court based on the circuit’s precedent.Louisiana thinks adjudications are trials.
18
Practical Considerations in Adjudications
Except for the APA provision for formal adjudications, the agencies can set their own procedures for adjudications, or congress can set them in the enabling actSome agencies have developed rules based on the Federal Rules of Civil Procedure and Evidence, which make their hearings look like trials.As we will discuss later, even if the proceeding looks like a trial, the ALJ's power is much more limited than that of an Article III judge.
19
The Nature of the Agency and Formality of the Process
The broader the reach of the agency actions and the more controversial the agency function, the more formal the agency processSocial Security Disability ALJs deal with individuals and their decisions do not set policy.National Labor Relations Board adjudications set policy for unionization for whole industriesIt usually does not use rules for these questions, so adjudications are even more important