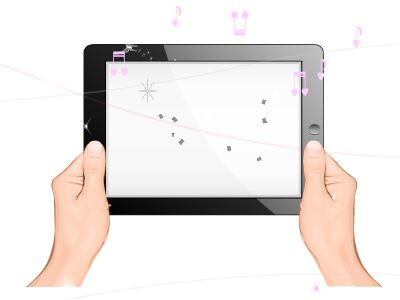 13 Little-Known Punctuation Marks We Should Be Using

13 Little-Known Punctuation Marks We Should Be Using
Sometimes periods, commas, colons, semicolons, dashes, hyphens, apostrophes, question marks, exclamation points, quotation marks, brackets, parentheses, braces, and ellipsesjust won't do.All information and images taken from mentalfloss.comPowerPoint byBritniSchoolcraftMini-Lesson #87
Interrobang
You probably already know theinterrobang, thanks to its excellent moniker and increasing popularity. Though the combination exclamation point and question mark can be replaced by using one of each (You did what!?orYou don't like grammar?!), it's fun to see the single glyph getting a little more love lately.
PercontationPoint orRhetoricalQuestion Mark
The backward question mark was proposed by Henry Denham in 1580 as an end to a rhetorical question, and was used until the early 1600s..
Irony Mark
.
It looks a lot like thepercontationpoint, but the irony mark's location is a bit different, as it is smaller, elevated, and precedes a statement to indicate its intent before it is read.AlcanterdeBrahmintroduced the idea in the 19th century, and in 1966 French authorHervéBazinproposed a similar glyph in his book,Plumonsl’Oiseau, along with 5 other innovative marks.

Love Point
AmongBazin'sproposed new punctuation was the love point, made of two question marks, one mirrored, that share a point. The intended use, of course, was to denote a statement of affection or love, as in "Happy anniversary [love point]" or "I have warmfuzzies[love point]" If it were easier to type, I think this one might really take off.

Acclamation Point
Bazindescribed this mark as "the stylistic representation of those two little flags that float above the tour bus when a president comes to town." Acclamation is a "demonstration of goodwill or welcome," so you could use it to say "I'm so happy to see you [acclamationpoint]" or "Viva Las Vegas [acclamationpoint]"

Need to say something with unwavering conviction? End your declaration with the certitude point, another ofBazin'sdesigns..


Doubt Point
The doubt point is the opposite of the certitude point, and thus is used to end a sentence with a note of skepticism.
.

Authority Point
Bazin'sauthority point "shades your sentence" with a note of expertise, "like a parasol over a sultan." Likewise, it's also used to indicate an order or advice that should be taken seriously, as it comes from a voice of authority.
TheSarcMark(short for "sarcasm mark") was invented, copyrighted, and trademarked by PaulSak, and while it hasn't seen widespread use,Sakmarkets it as “[t]he official, easy-to-use punctuation mark to emphasize a sarcastic phrase, sentence or message." After all, half the fun of sarcasm is pointing it out [SarcMark].!.

This mark, like the copyrightedSarcMark, is used to indicate that a sentence should be understood beyond the literal meaning. Unlike theSarcMark, this one is copyright free and easy to type: it's just a period followed by a tilde..

This cool-looking but little-used piece of punctuation used to be the divider between subchapters in books or to indicate minor breaks in a long text. It's almost obsolete, since books typically now use three asterisks in a row to break within chapters (***) or simply skip an extra line. It seems a shame to waste such a great little mark, though. Maybe we should bring this mark one back..

Now you can be excited or inquisitive without having to end a sentence! A Canadian patent was filed for these in 1992, but it lapsed in 1995, so use them freely, but not too often.