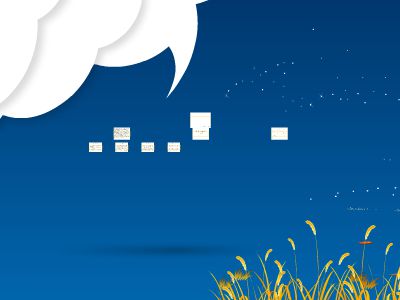 Handouts 4&5
AMERICAN INDUSTRIALISTS: ROBBER BARONS OR CAPTAINS OF INDUSTRY?
1889 Andrew Carnegie“Not evil, but good, has come to the race from the accumulation of wealth by those who have had the ability and energy to produce it”“The contrast between the palace of the millionaire and the cottage of the laborer with us today measures the change which has come with civilization. This change however is not to be deplored, but welcomed as highly beneficial.”“The Socialist or the Anarchist who seeks to overturn present conditions is to be regarded as attacking the foundation upon which civilization itself rests, for civilization took its start from the day when the capable, industrious workman said to his incompetent and lazy fellow, “If thou dost not sow, though shalt not reap”, and thus ended primitive communism by separating the drones from the bees.”“We shall have an ideal State, in which surplus wealth of the few will become, in the best sense, the property of the many, because administered for the common good; and this wealth, passing through the hands of the few, can be made a much more potent force for the elevation of our race than if distributed in small sums to the people themselves.”“This, then, is held to be the duty of the man of wealth: To set an example of modest living, shunning extravagance; to provide moderately for the legitimate wants of those dependent upon him; and after doing so, to consider all surplus revenues which come to him simply as trust funds, which he is called upon to administer in the manner which, in his judgment, is best calculated to produce the most beneficial results for the community- the man of wealth thus becoming a mere trustee and agent for his poorer brethren.”Usingthe abovequotes,create a summary of AndrewCarnegie’sargument as to the responsibility of Big Business leaders with theirwealth.
Do you agree?Whyorwhynot?
Historian A 1927“The industrialist robber barons of the late 19th century were predatory and materialistic; their bloated corporations were threats to those humane and democratic values that made America great. Business tycoons turned modern America, with its standardize life and machine culture, into a place in which Jefferson, Jackson and Lincoln would be strangers. The giants of industry were primitive souls, ruthless, predatory, capable; single-minded men, rogues, and rascals often, but never feeble.”HistorianB 1953“Much of the blame heaped on the captains of industry in the late 19th century is unwarranted. Although people like Rockefeller used methods that were ethically questionable, the kind of monopolistic control that they exercised was a natural response to the cutthroat competition of the period and reflected the trend toward business consolidation in all industrial nations. The captains of industry like Rockefeller were innovators, thinkers, planners, and bold entrepreneurs who imposed upon American industry a more rational and efficient pattern. They also created a model of philanthropy for all to follow. Had it not been for these captains of industry, the free world might have lost the first world war and most certainly have lost the second.”Questionsto answer:What is historian A’s opinion?What is historian B’s opinion?How might both of these historians arrived at different conclusions?What kinds of evidence might each historian to look at in order to support his position? Give at least two specific examples.
The Workingman’s TenCommandments
First Commandment—Iam thy lord and master, who has brought thee off and out of British bondage into a land where there are free institutions and equal rights given to all—black,,andwhite men.SecondCommandment—Thoushalt have no other master besides myself, and do as I bid you do; for I am rich, and give you as much wages as I please.ThirdCommandment—Thoushalt not bow down to any other master, and not belong to trades' unions, or lecture on the principles of the working party, or do anything contrary to my wish or command, for, if you do, I will call on the military.
The Workingman’s TenCommandments
Fourth Commandment—Thoushalt not serve any other master, or work for any more pay than I give: for I am jealous master. I will have you discharged on the least provocation, and half starve your wife and children, and have you punished as a communist, and not treat you as an American citizen, but as a tramp and a vagabond.FifthCommandment—Thoushalt not call me any other name but sir and master: for I am a rich man and have piles of money, and therefore you are my slave, for I own your body and soul. Six days you must labor and do all I bid, or I will give you another reduction. If you murmur or growl I will make you work also part of the night: for I am all-powerful, and I can use the law to suit myself.
The Workingman’s TenCommandments
SixthCommandment—Thoushalt honor my money-bags, and also my high social standing in society. Then thy days shall be long on earth and in my employment, which I give thee with my usual blessing of long hours and small pay. So says thy master.SeventhCommandment—Thoushall not incite riots with intent to kill. If you do, I will have you arrested and make you give bonds for three thousand dollars and promise of good behavior in the future.EighthCommandment—Thoushalt not strike for any higher wages, so as to be able to make an honest living, and keep your children from begging, and make you eat bread and water three times a day—that’s good enough for a greasy and ignorant mechanic, or a dirty, black miner.
The Workingman’s Ten Commandments
NinthCommandment—Thoushalt not steal or commit any other nuisance, for I will find you guilty and have you punished; for I am mighty and my name is Capital, Capital.TenthCommandment—Thoushalt not covet my money, or own a house or lot, for if you do I will have it sold by the sheriff and own it myself and shall say “hands off;” and I will say to the Government, you must protect me in all my undertakings, for I am mighty, and my name is Capital! Capital.