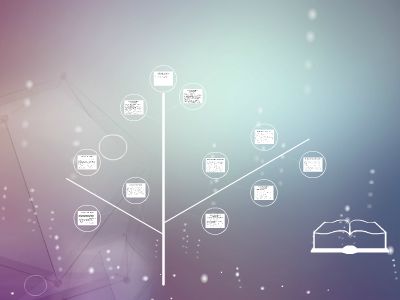 Cost Benefit Analysis andBusiness Roundtable
J. Robert Brown, Jr.Chauncey Wilson Memorial Research Professor of LawDirector, Corporate & Commercial Law ProgramUniversity of Denver Sturm College of Law
Business Roundtable as aPolicy Decision
TheBusiness RoundtablePanel: Judges Ginsburg,Sentelleand Brown.The decision should be viewed less as a legal opinion and more as a policy statement.The opinion found that the SEC’s shareholder access rule was arbitrary and capricious. This is probably the most common standard for challenging the validity of a rule.Lexis-Nexis search of the words “arbitrary and capricious” in the DC Circuit alone yielded 2046 cases; 297 Supreme Court opinions used the phrase
Business Roundtable as aPolicy Decision
Despite the depth of authority, the court inBusiness Roundtablecited only four cases.One was to a single US Supreme Court case and cited for a very broad proposition.For the other three, the panel cited only to their own opinions. These included:American Equity Investment Life Insurance v. SEC,613 F.3d 166 (DC Cir. 2010) (opinion by JudgeSentelle)Chamber of Commerce v. SEC, 412 F.3d 133 (DC Cir. 2005) (opinionbyJudge Ginsburg)Public Citizens v. Fed. Motor Carrier Safety Admin., 374 F.3d 1209 (DC Cir. 2004) (opinionbyJudge Ginsburg)
Business Roundtable as aPolicy Decision
The decision also does not comport with the law.The standard of review for arbitrary and capricious requires deference to the agency.The word deference does not appear in the opinion.This standard is particularly necessary with respect to a rule that had:an accompanying release of over 300 pages, including 80 pages of SEC cost-benefit analysis (22 of which were devoted to an analysis of the costs)an administrative record containing thousands of comment letters, both from the 2009 proposal and the 2007 proposal.
Business Roundtable as a Policy Decision
The decision contained flawed economic analysis.One example concerned the analysis of the “costs” associated with the use of the rule by “special interest” investors (unions and state/local governments).The court noted that commentators attributed to these investors an incentive to use access to “pursueself-interested objectives rather than the goal of maximizing shareholdervalue”According to the court: “By ducking serious evaluation of the costs that could be imposed upon companies from use of the rule by shareholders representing special interests, particularly union and government pension funds, we think the Commission acted arbitrarily.”
Business Roundtable as aPolicy Decision
Two significant problems:First, there is no evidence this has ever occurred. The letter from the Business Roundtable cited in the opinion merely noted that “we believethatunion‐affiliated funds will use the ProposedElection ContestRules as a bargainingchip” (emphasis added)Second, the court improperly conflateda discussion of unionsand state/local governmentswith theirpension plans. The latter have a fiduciary obligation to their beneficiaries.They for the most part cannot use rights belonging to beneficiaries to further the interests of other groups.
Reaction toBusiness Roundtable
In the aftermath of the decision, some have called for a massive revamping of the approach used in cost/benefit analysisWitnesses at a recent hearing before a House committee (titled “The SEC’s Aversion to Cost-Benefit Analysis) called for the addition of 150 to 200 economists to the SEC staff (with no increase in the SEC’s budget).One witnessdescribed thedecision inBusiness Roundtableas"remarkable" andnotedthat theopinion "lays out a veritable catalog ofcomponentsto an acceptable cost-benefit analysis."
Reaction to Business Roundtable
Litigants have and will continue to make use of the case. InInternational Swaps and Derivatives Association v. CFTC, the case was cited:For having improperly relied on “two relatively unpersuasive studies”For having failed to “respond to substantial problems raised by commenters.”For “merely ‘considering’ relevant evidence in the sense of acknowledging it, without giving it due weight”For having “d[one] nothing to estimate and quantify the costs it expected companies to incur; nor did it claim estimating those costs was not possible.”
Addressing a Policy Decision
First, don’t overreact.The decision is wrong. Agencies should not radically change their approach.The SEC has responded to the decision in a measured way.Mary Schapiro has indicated that the SEC will take a number of steps including a modest increase in the use of, and number of economists employed by, the Division of Risk, Strategy, and FinancialInnovation. Seehttp://www.sec.gov/news/testimony/2012/ts041712mls.htmFuture releases will employ an “integratedeconomicanalysis” of the rule rather than include a separate section titled “Cost Benefit Analysis”
Addressing a Policy Decision
For litigants,be prepared to take on the decision and the analysis more directly.The caseconflicts with the admonishments by the Supreme Court inVermont Yankeethat it is not the role of the courts to rewrite the APA and force agencies to adopt additional procedural requirements.Inaddition,thereis plenty of contrary authority that can be used to rebut theBusiness Roundtableanalysis.
The Longer Term Solution
The issue may need to be addressed by the Supreme Court if lower courts continue to follow the reasoning inBusiness Roundtable.Alternatively, changes in the composition of the DC Circuit may bring about changes in the court’s policy.JudgeGinsburg, who wrote theBusiness Roundtabledecision,has since taken senior status.As a result, the DC Circuit currently has three vacancies.To the extent that thevacancies arefilled by judges with a different perspective on these policy issues, cases such asBusiness Roundtablewill become less frequent.