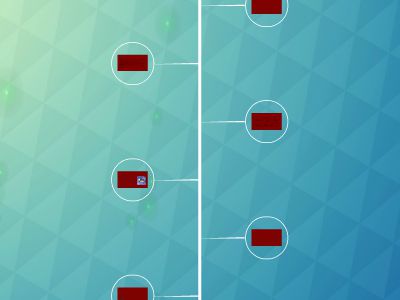 AIR
Marco, Nicholas & Kana
Aeroplanes
In 1903 the Wright Flyer biplane was the first successful plane. There were other types of planes at the time for example monoplanes, however biplanes became increasingly popular during the first world war although aIn 1917 the first metal plane was built, the Hugo Junker, this was a huge leap forward as previous planes mostly build out of wood. The metal body made the plane stronger and more resistant to catching fire.Alcock and Browncrossed the Atlantic without stopping for the first time in 1919During the second world war, biplanes were replaced by monoplanes, and although the jet engine was developed in 1937, many of the WWII planes still used propeller.The first commerical flights started in 1919 offering flights between North America and CanadaThe firstjet airlinerwas called thede Havilland Comet, it was introduced in 1952.TheBoeing 707, the first widely successful commercial jet, was in commercial service for more than 50 years, from 1958 to 2010. TheBoeing 747was the world's biggest passenger aircraft from 1970 until it was surpassed by theAirbus A380in 2005.The concorde intorduced in 1976 was the fastst commerical plane, however went out of service in 2003 due to unrealistically expensive tickets and an accident.In 1990 the first stealth plane was built but for military purposes only.Today aeroplanes are the most widely used modes of long distance transport was they are generally affordable and can take people to any country within a day.
History of Airships (Blimps)
- In 1783,two French brothers, Jacques Etienne and Joseph Michel Montgolfier, invented thehot air balloon and sent one to an altitude of 6,000 ft (1,800 m).- In 1852, Henri Giffard built the first powered airship, which consisted of a 143-ft (44-m) long, cigar-shaped, gas-filled bag with a propeller, powered by a 3-horsepower (2.2-kW)steam engine. Later, in 1900, Count Ferdinand von Zeppelin of Germany invented the first rigid airship.- Several models of Zeppelins were built in the early 1900s. These vehicles were used for military and civilian purposes, including transatlantic travel. The most famous Zeppelin was the Hindenburg, which was destroyed by a fire in 1937 while landing at Lakehurst, New Jersey.- In 1925, Goodyear Tire & Rubber Company began building airships of the blimp design. These aircraft were used for advertising and military purposes (such as surveillance and anti-submarine warfare) throughout World War II. In 1962, the U.S. military stopped using blimps in their operations. Today, blimps are used mainly for advertising,TV coverage, tourism and some research purposes.
How airships work
Basic concept of how airships work:- Convection; The upward movement of hot air as hotter air becomes less dense.Helium is the most commonly used gas for hot air transport because…1. It is a noble gas (Doesn’t react to anything)2. It is lighter than air, meaning that it will allow the balloon to floatThe main parts of the airship that enable it to move from and to places are- Rotating engines (provides thrust to move forward)- Rudders (Steering left and right)- Ballonnets (To control ascension and descension by changing air pressure)
History of Helicopter
- It was not until the early 1480s, when Leonardo da Vinci created a design for a machine that could be described.- In 1906, two french brothers, Jacques and Louis Breguet, began experimenting with airfoils for helicopters.- Sometime between 14th August and 29th September 1907, the Gryoplane No.1 lifted its piloy into the air about 0.6m for a minute.- Focke designed the world’s first practical helicopter, the Focke - Wulf Fw 61, which first flew on 26th Jusne 1936.- Nazi Germany used helicpoters in small numbers during World War II for observation, transport and medical evacuation.- Helicopters are used in various different ways: military, rescue, air ambulance, transportation for work.
Conclusion
AeroplanesAre the most popular forms of long distance transport and allow people to travel anywhere on the globe for an affordable price and within under a day. They are generally safe with the occasional rare accidnets. Monoplanes are most common although biplanes are still used for small scale flights and triplanes are extermely rare, as they saw only limited service in the first world war.Airship (Blimps)Developed from the idea of air balloons, The airship is one of the devices that introduced air travel to the world. It is also environmentally friendly. Though due to safer alternative methods this method has been dropped but has served well throughout the past century.HelicopterCompared to aeroplanes it is not a commen use of transportation however, it is useful and efficient when rescues or ambulance is needed during natural disasters such as flooding, earthquakes and tsunamis. There is a helicotper transportation system to and from New York City airports, which can significantly reduce the time travel and arrive at your destination quickly.