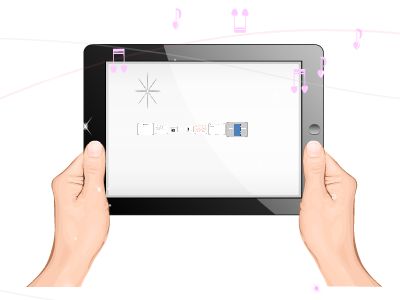 Chapter One - Show My English

Chapter One
The Story of the Door
How does Chapter One create Mystery?
A sinister figure of unknown identityDescription of an act of violenceHints of blackmail and scandalThe sinister description of the door and its building
www.englishteaching.co.uk
Stevenson was very interested in the contrast between good and evil and he showed this in how he described the setting before Mr Enfield and Mr Utterson start talking about Mr. Hyde.
www.englishteaching.co.uk
It chanced on one of these rambles that their way led them down a by-street in a busy quarter of London. The street was small and what is called quiet, but it drove a thriving trade on the weekdays. The inhabitants were all doing well, it seemed and all hoping to do better still - the shop fronts stood along that thoroughfare with an air of invitation, like rows of smiling saleswomen. Even on Sunday, when it veiled its more florid charms and lay comparatively empty of visitors, the street shone out in contrast to its dingy neighbourhood, like a fire in a forest; and with its freshly painted shutters, well-polished brasses, and general cleanliness and cheerfulness of note, instantly caught and pleased the eye of the passenger.
www.englishteaching.co.uk
After the positive description of the street, comes the negative.
www.englishteaching.co.uk
Two doors from one corner, on the left hand going east the line was broken by the entry of a court; and just at that point a certain sinister block of building thrust forward its gable on the street. It was two storeys high; showed no window, nothing but a door on the lower storey and a blind forehead of discoloured wall on the upper; and bore in every feature, the marks of prolonged and sordid negligence. The door, which was equipped with neither bell nor knocker, was blistered and distained. Tramps slouched into the recess and struck matches on the panels; children kept shop upon the steps; the schoolboy had tried his knife on the mouldings; and for close on a generation, no one had appeared to drive away these random visitors or to repair their ravages
www.englishteaching.co.uk
Note down the positive and negative descriptions.
POSITIVE
NEGATIVE

Make amazing presentation for free
Chapter One - Show My English