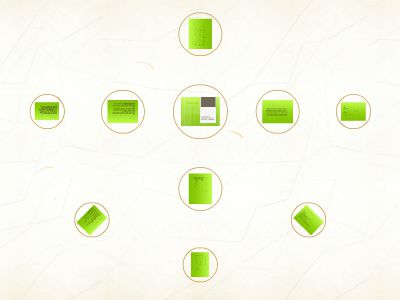 CUBA & PERU
The working poorSimilarities and differencesJoshuaTabron& MariKajihara
Introduction
The following Power Point briefly details the similarities and differences between Cuba and Peru. Each country has some things in common and others that parallel. It is our goal to enrich your knowledge of these two countries so that you might gain a better understanding of them.
Population/ Demographics
Cuba11.25millionAfro-CubansMestizosWhitesPeru29.4millionAfro-PeruviansMestizosAmerindians (indigenous people)AsiansWhites
Poverty
CubaThere are no official statistics on poverty in Cuba published inside the country due toanit-western and anti-American sentiments felt in the country under it’s 1 party dictatorship.Everyone is employed, however the wages are very low by western standards on average Cuban workers make about $20 a month which equals out to about $240 a year with a per capita income of $6,000.PeruPoverty showed the small decrease while economy was improving. Hernando de Soto promoted more than 187 laws for Peruvians in poverty to economic opportunities.Peru showed the biggest declines in poverty in Latin America in 2011.
inequality
CubaGoods and services only available to Cubans who have enough money to pay for them in the form of American dollarsTourism resulted in economic apartheid because of low pay to tourism workers and the extravagant costs in connection with tourismIncome inequality after the legalization of the dollar and it’s worth gap with the peso created a parallel economyTravel to other countries is often restricted especially for poorer CubansLowest access to internet relative to other Latin American nationsAfro-Cubans and Mestizos are generally less affluent than they are to their white Cuban counterparts in areas of employment moonlighting and less professional positions in the workforcePeruAlthough Peru showed the greatest declines in poverty, inequality is still the problem.They are regarding with infrastructure, genders, ethnicities, education, and places they live in.The women in Peru at workplace suffer from inequalities and discrimination because Peru failed to appraise jobs based upon the task they involve. It leads to the fail of getting rid of gender equality.Children in the ritual highlands are poorer, and tend not to finish their secondary school compared to the children in the cities such as Lima(capital).
Crime
CubaSex Trafficking of woman and childrenForced laborDrug TradingViolent crime in Cuba is very low because of the kind of government, it actually has the lowest crime rate in the western hemispherePeruSex TraffickingDrug TradingThe illegal gold-mining industryAlthough the total earnings of organized crime increased to $5-7 billion a year, it has a few violence involved. So it does not effect on people directly.
Living conditions
CubaFree health careFree educationUniversal employmentLiving conditions have become increasingly difficult thoughDeteriorating medical care systemShortages of food and access to clean waterDecline in services offered by the stateDeteriorating transportation systemHousing shortageMost living areas are in poor conditionPeruPeru has the most unequal access to water among the Caribbean, and Latin America.The third of most unequal countries in the region after Bolivia and Honduras.
Politics/History
CubaCommunist government1 party dictatorshipUnited states embargo against CubaFormerly United states protectorate ruled by Batista regimeCuban revolution 1956 started by CastroPerurecently transitioned to a more democratic open governmentUnder the president of Alejandro Toledo from 2001, strong economic management and promotion of foreign investmentsAnd Inflation disappeared
Working conditions
Cubaemployment is guaranteed but pay is lowTo help Cuba’s economy the government plans to trim the size of the workforce which is causing tension between citizens and governmentPeruMore jobs for people in poverty thanks to the economy growth.Lot of skilled young people go to abroad rather than staying in Peru.A lot of unskilled people remain in country.People in indigenous industry lost jobs because of the recent globalization.
Conclusion
By detailing some of the similarities and differences between Cuba and Peru, we hope that by giving you a visual aid that it helped enhance your learning process. Cuba and Peru are two very different countries from there style of government and history but they both have a lot of things in common from poverty to inequalities that their people face still to this day.