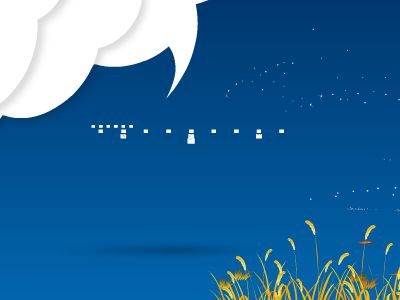 Chapter 10
Margin Review Questions
In what respects did Byzantium continue the patterns of the classical Roman Empire?
Continuancecan be seen in Byzantium’s roads, military structures, centralized administration, imperial court, laws, and Christian organization.Itcan also be seen in Byzantium’s pursuit of the long-term Roman struggle with the Persian Empire.
In what ways did it diverge from those patterns?
Reformedadministrative systemgaveappointed generals civil authority in the empire’s provincesAllowedthem to raise armies from the landowning peasants of the region.Newideasthatdefined the relationship between the state and the Church.
How did Eastern Orthodox Christianity differ from Roman Catholicism?
InByzantium the emperor assumed something of the role of both “Caesar,” as head of state, and the pope, as head of the Church.Byzantine emperor appointed the patriarch of the Orthodox Church, sometimes made decisions about doctrine, called church councils into session, and generally treated the Church as a government department.
Greek became the language of religious practice instead of the Latin used in the Roman Catholic Church.Byzantine thinkers sought to formulate Christian doctrine in terms of Greek philosophical concepts.
They disagreedon a number of doctrinal issues, including the nature of the Trinity, the relative importance of faith and reason, and the veneration of icons.Priests in Byzantium allowed their beards to grow long and were permitted to marry, while priests in the West shaved and, after 1050 or so, were supposed to remain celibate.
Orthodox ritual called for using bread leavened with yeast in the mass, but Catholics used unleavened bread.Eastern Orthodox leaders sharply rejected the growing claims of Roman popes to be the sole and final authority for all Christians everywhere.
In what ways was the Byzantine Empire linked to a wider world?
Continuedthe long-term Roman struggle with the Persian Empire.Economically,they were acentral player in the long-distance trade of Eurasia, with commercial links to Western Europe, Russia, Central Asia, the Islamic world, and China.
Culturally, Byzantium preserved much of ancient Greek learning and transmitted this classical heritage to both the Islamic world and the Christian West.Religiousculture spread widely among Slavic-speaking peoples in the Balkans and Russia.
In what ways was European civilization changing after 1000?
The population grew rapidly.New lands were opened for cultivation.Long-distance trade was revived and expanded.population of towns grew and attracted new professional groupings that introduced a new and more productive division of labor
Women found substantial new opportunities because of economic growth and urbanization, but by the fifteenth century, many of these opportunities were declining.Territorial states grew in this period and established more effective institutions of government, commanding the loyalty or at least the obedience of their subjects.
Catholic Church expanded the area in which Roman Catholicism was practiced into Eastern Europe and Islamic Spain.
What was the impact of the Crusades in world history?
They marked an expansion of the influence of Western Christendom at the same time that Eastern Christendom and Byzantium were declining.They stimulated the demand for Asian luxury goods in Europe.
Allowed Europeans to learn techniques for producing sugar on large plantations using slave labor, which had consequences in later centuries when Europeans transferred the plantation system to the AmericasMuslim scholarship, together with the Greek learning that it incorporated, flowed into Europe.
Crusades hardened cultural barriers between Eastern Orthodoxy and Roman Catholicism. Moreover, Christian anti-Semitism was exacerbated.European empire building, especially in the Americas, continued the crusading notion that “God wills it.”
How did Byzantium and Western Europe interact with each other and with the larger world of the postclassical era?
Inthe 500sc.e., the Byzantine emperor Justinian succeeded in conquering parts of Western Europe in his effort to reconstitute the Roman Empire.The two societies were both Christian, which led to frequent interactions, disputes, and ultimately a schism between the two confessions.
The revival of Western Europe after 1000c.e.brought it into a closer trade relationship with Byzantium.TheCrusadesinspired hundreds of thousands of Western Europeans to travel to the eastern Mediterranean and even led to the sack of Constantinople by Crusaders in 1204c.e.
Byzantium and Western Europe were both part of the Eurasian long-distance trade network. Byzantium participated actively throughout the period, while Western Europe did so increasingly after 1000c.e.Both interacted with the Islamic world through military conflict, trade, and the exchange of ideas.
Both had a profound impact on Eastern Europe, especially through their promotion of rival versions of the Christian faith.