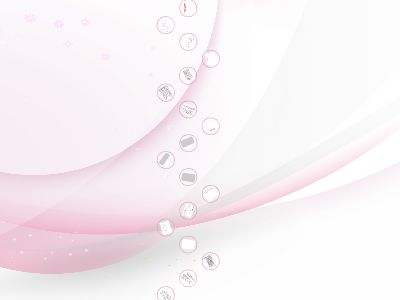 Disorders of amniotic fluid &umbilical disorders
Amniotic fluid indexAFI measurement is calculated by first dividing the uterus into four quadrants using thelineanigrafor the right and left divisions and the umbilicus for the upper and lower quadrants. The maximum vertical amniotic fluid pocket diameter in each quadrant not containing cord or fetal extremities is measured in centimeters; the sum of these measurements is theAFI.●Oligohydramnios– AFI ≤5 cm●Normal – AFI >5 cm and <24 cm●Polyhydramnios– AFI ≥24 cm.
However, small variations in the thresholds used are common. For example,polyhydramnioshas been defined as AFI >18, >20, >24, and >25 cm . Currently, there is insufficient evidence to recommend any additional antenatal assessments becauseofborderline AFI (5.1 to 8 cm)
Plyhydramnios
ETIOLOGY:The most common cause ofseverepolyhydramniosarefetalanomalies(often associated with an underlying genetic abnormality or syndrome), whilematernal diabetes,multiple gestation, andidiopathic factorsare more often associated withmildercasesAfterbirth, an abnormality is diagnosed in up to 25 percent of cases considered idiopathicprenatallyFetal infection, Bartter syndrome, anemia, and neuromuscular disorders account for some of these cases and should be considered in the differential diagnosis if a structural abnormality and maternal diabetes areexcluded.
Polyhydramnioshas been associated with fetal anomalies in most organ systems. The most common structural anomalies associated withpolyhydramniosare those that interfere withfetal swallowingand/or absorptionof fluid.Decreased swallowing may be due to a primary gastrointestinal obstruction (eg, duodenal, esophageal, or intestinal atresia), neuromuscular disorders (eg, anencephaly), or to secondary obstruction of the gastrointestinaltract(eg, massive unilateral dysplastic kidneys)Thecombination of intrauterine growth restriction andpolyhydramniosis suggestive of trisomy 18; othersonographicmarkers of trisomy 18 are typically present.Excess amniotic fluid in this syndrome may be related to difficulty swallowing or to intestinal abnormalities. Other aneuploidies have also been associated withpolyhydramnios, most commonly trisomy 21.
Increased urine productionmay occur in high fetal cardiac output states (eg, fetal anemia due toalloimmunization, parvovirus infection,fetomaternalhemorrhage, alpha-thalassemia, glucose-6-phosphatase deficiency) or, rarely, from entities such as fetal Bartter syndrome
Inmonochorionicmultiple gestation,polyhydramnios/oligohydramniossequence(isdiagnostic of twin-twin transfusion syndrome (TTTS
oligohydramnios
Umbilical cord abnormalities
UMBILICAL CORD— The umbilical cord is normally composed of two umbilical arteries and an umbilical vein supported by loose gelatinous tissue called Wharton's Jelly.
Appearance— The umbilical cord should have a smooth, white, opaque, shiny appearance with spiraling consisting of about three half spirals over a 5 cm length of cord. Abnormal coloring suggests infection ,meconium, or thesequelaeof fetal demise
CoilingThe umbilical cord has a characteristic twist or coil.Coilingof the umbilical cord is thought to protect it from compression, kinking, and torsion, thus preventing disruption of the blood supply to the fetus. Coiling may also facilitate umbilical venous blood flow
Placental insertion— The umbilical cord normally inserts centrally or slightly eccentrically and directly into the placental disk. Fewer than 10 percent of insertions occur at the margin of the placenta (battledore placenta)Avelamentouscord insertion refers to a cord that inserts into the membranes rather than the placental disk
LengthTheaverage length at term is about 55 cm, with a wide normal range (35 to 77 cm)
shortcords are associated with fetalinactivity related to fetal malformations,myopathicand neuropathic diseases,oligohydramnios, and some syndromes.Longcords may be caused by ahyperactive fetusand have been associated with cord accidents, such as entanglement, knotting, and prolapse.Long cords are also associated with placental lesions indicative of intrauterine hypoxia such as delayed villous maturation, as well as fetal death, fetal growth restriction, and long term adverse neurologic outcome.In addition, the longer route that blood must travel to and from the fetal heart when the cord is very long may result in fetal heart failure.
Knots— False knots aretortuousitiesof the umbilical vessels that form bulges ,they are not associated with any adverse outcome.
True knots occur in 1 percent of births and are generally single and loose.However, tightor multiple true knots and knots associated with coiling or twisting of the cord increase the risk of intrauterine demise, particularly if the cord is long and during the second trimester when the fetus has a lot of room to move
Vessels— A single umbilical vein conducts blood from the placenta back to the fetus and is essential for fetal survival. The two umbilical arteries shunt blood from the fetus to the placenta.the presence of a single umbilical artery orhypoplasticsecond umbilical artery is not lethal.The number of umbilical vessels are best counted by cutting the cord in a relatively uniform region (away from bulges of false knots) at least 5 cm from the placental insertion since the two arteries sometimes fuse near the insertion.Two vessel cords should be documented in the medical record and confirmed by histological examination.