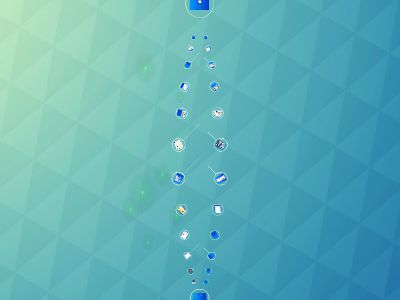 Norwegian Cyclone Model Review
Vilhelm and Jacob Bjerknes; Halvor SolbergBergen Geophysical Institute ~1920
Before Bjerknes, maps had no fronts.
There were Highs and Lows and even isobars.
So the big breakthrough of the Norwegian Model was fronts. How did they come up with that idea?
In war, up to the 20thcentury armies were small and wandered around the countryside looking for enemies to fight.
The battle of Gettysburg was a good example. The Confederate Army was moving through southern Pennsylvania near Washington D.C. When they spotted the Union army, they attacked from the north!
Fronts were a military concept during World War I when armies grew large enough to occupy whole regionsThis is the western front. All troops on the German side are alike. Notice how the allies also group together. The big changes occur across the front.
French infantry
The German uniform of WWI
Trenches at the front
Building on his father’s concepts, Jacob Bjerknes and his co-worker Halvor Solverg proposed a structure.The storm doesn’t look precisely the way we draw them now but the main features are there.
This is how we plot the features of a typical cyclone.Station data is exaggerated to show the contrasts. Air mass types and the approximate extent of the region of overcast skies are also shown.
Question for the class:They had maps in 1888. They had weather observers. They had telegraphs and could get data from across the country.Why was the development of the Norwegian model of an extratropical cyclone such an important breakthrough for meteorologists?(It was so good, we still use the model today)
Bjerknes and Solberg also proposed that the cyclones went through a common evolution of stages.
In the next slide, a loop of surface maps shows a storm going through those stages. Watch the Low which starts in western Kansas.
You should also check the temperatures in the air masses. Maybe the schematic wasn’t so exaggerated after all.
Stages of the typical Extratropical Cyclone
The President’s Day Storm of 2003
Rutgers U
Times Square
The White House
Philadephia
NYO8.5
Surface Map Loop for Feb 15-18, 2003
Towatch for:Developingwavesin ArkansasMature cycloneNewLow forms offshore by CarolinasArctic air masswithHighoverNew England
Developing Waves
Mature Cyclone
Coastal Low forms
Satellite Loop
Bjerknes didn’t have one. If he had, he would have seen some characteristic features which show what kind of weather is occurring.
To watch for:The cloud shield of the warm front is spread outThe cold front has a narrow strip of cloudDevelopmentof “Dry Tongue” behind system.Backlashmeans clouds behind the system
Warm front cloud shield
Cold front cloud shield
Dry Tongue
Backlash
Upper Air
This is another asset that didn’t exist in the early 20thcentury.
Watch the following loop of 300 mb maps.The solid lines are height lines (like isobars)The blue shading shows the wind speeds
How does this loop help us to forecast the track of the surface storm?
Radar Loop
In the Radar loop you can identify more characteristic features of the Norwegian Model.
What is this?
So, whatdoes this casetell us about the Norwegian Model?
Every extratropical cyclone in the U.S. has certain features in common (besides the obvious):Fronts:stratiform precipitation shield with warm frontcumuloform precipitation with cold frontCyclone goes through life cycle from wave on front to dissipating
But everyextratropical cyclone is different in some wayYou must forecast each on a case-by-case basisUse as many data sources (maps, numbers, etc.) as you can.
Next we examine the fronts themselves in more detail