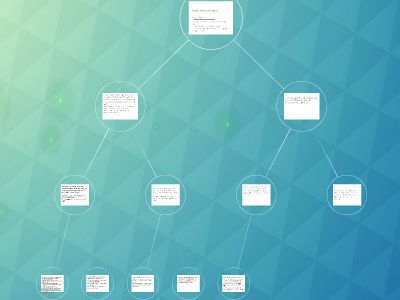 Linear Motion Problems
Group Practice!Grabwhiteboardsand markersPut your names on the stamp sheet for your group. Note: Show complete work for each problem on your whiteboard, including sig. figs and units.
A motorboat is traveling due north in calm water at a speed of 7.0 m/s. The operator puts the motor in reverse and the boat receives an acceleration of -1.4 m/s2.How long after the boat is put into reverse does it momentarily come to a stop?How far has the boat traveled while it decelerated to a stop?
A car moving at 32.5 m/s hits a wall and stops in 0.0225 s. Calculate the acceleration stopping the car.
The driver of a pick-up truck going 100. km/h applies the brakes, giving the truck a uniform deceleration of 6.50 m/s2while it travels 20.0 m.What is the velocity of the truck, in m/s, at the end of this distance?How muchtimedoes it take the driver tocome to astop?
A rocket accelerates uniformly from rest at a rate of 40.0 m·s-2until it reaches a velocity of 1830. m·s-1.Howmuch time does this take?Howfar has the rocket traveled in this time?
A jet aircraft being launched from an aircraft carrier is accelerated from rest along a 94.0 m track for 2.50 s. What is the launch speed of the plane?
A car accelerates at 2.55 m·s-2East for 16.2 s. After this time the car is moving at 10.0 m/s West. Calculate its initial velocity.
From the moment a 40.0 m/s fastball touches the catcher’s mitt until it is completely stopped takes 0.00525 s.Calculatethe average acceleration of the ball as it is being caught.How far has the mitt moved in this time? (assume the mitt moves with the ball as it comes to a stop).A catcher typically moves his/her hand backwards when catching it in order to increase the time it takes to come to a stop. How far would the mitt need to move in order to reduce the acceleration by a factor of 3?
Top-fuel drag racers are able to uniformly accelerate at 12.5 m/s2from rest to 100. m/s before crossing the finish line.Howmuch time elapses during that acceleration?Howfar has the drag racer traveled down the track in that time?
An Alaska Airlines jet traveling at 87.5 m/s lands on a runway and comes to a stop 11.2 seconds later before taxiing to the gate.What is the acceleration of the jet as it lands?How long does the runway need to be for this jet to land?
A motorcycle traveling at 16.5 m/s accelerates at a constant rate of 4.15 m/s2over a distance of 50.0 m. What is its final velocity?
Police find skid marks 60. m long on a highway showing where a car made an emergency stop. Assuming that the acceleration was -10. m/s2(about the maximum for dry pavement),how fastwas the car going when it began to skid?Was the car exceeding the 80 km/h speed limit? (show your work to justify your answer).