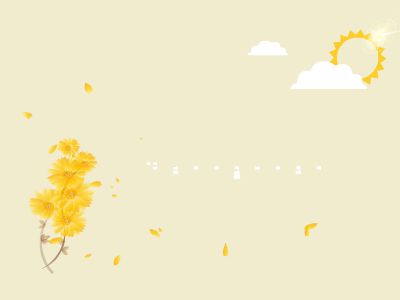 Writing a Comparison-Contrast Paragraph
by Yang Ying
Comparison-contrast: Subjects of CC & Points of CC.Patterns of CC: Point by PointBlock by BlockExamples and AnalysisPracticeExpressions of Comparison and Contrast
Outline
Comparison-Contrast
Subjects of comparison: which two subjectsPoints of comparison: what features to be compared?
Pair work: Come up with two subjects of comparison/contrastList the possible points of comparison & contrastSharing of results of discussion
Practice
Point by Point Pattern
Topic sentenceBody: ABABABABABABABABAB ABABABABABABABABABAB ABABABABABABABABABAB ABABABABABABABABABAB ABABABABABABABABABAB ABABABABABABABABABConcluding sentence
Block by Block Pattern
Topic sentenceBody: AAAAAAAAAAAAAAAAAAAAAAAAAAAAAAAAAAAAAAAAAAAAAAAAAAAAAAAAAAAAAAAABBBBBBBBBBBBBBBBBBBBBBBBBBBBBBBBBBBBBBBBBBBBBBBBBBBBBBBBBBBBBBBBBBBBBConcluding sentence
1Chinese differs from English in several ways, and these differences make learning English difficult.2First, the most complex difference is the word order.3For example, in English, a greeting is ‘How are you?’ but in Chinese, the same greeting is ‘You are how?’4Next, in Chinese, our verbs do not have past tense; instead, we know the time from the adverb.5In English, however, time is designated by tense.6Besides these important basic problems, Chinese and English have many small differences.7Chinese, for instance, does not distinguish between ‘he’ and ‘she’, nor is there a difference between ‘a’ and ‘an’ as there is in English.8For these reasons, many Chinese students make errors in their spoken and written English.
Example: Comparison-Contrast
Compare a laser printer with an inkjetSubjects of comparison:A: __________ B: __________Points of Comparison:A1/B1:A2/B2:A3/B3:A4/B4:
Practice
The two types of printers commonly seen on the market are theinkjetand thelaser printer, and each has its own strengths and weaknesses. The laser printer worksa lot fasterthan the inkjet, as a few pages can be printed in a few seconds, but with an inkjet, it works the other way around: printing one page may take many a second. The laser printer also printsquietly; it usually does not give off the screeching sound an inkjet produces when it painstakingly churns out one page. A laser printer may be moreexpensive, but in the long run it may actuallycostless. Its cartridge, which costs about $200, can print 5,000 pages, but an inkjet cartridge, which costs more than $40, will have to be replaced after printing 200 pages. However, an affordable laser printer for family use is usuallyblack and white, while an inkjet can printcolorful pictures. Very often, a black and white laser printer serves only thefunctionof printing, while it is now common to see an inkjet with the multiple functions of a fax, a scanner, a photocopier, and a printer. Given the different strengths of both printers, it may not be difficult to understand why some people choose to have both at home.
Example: Comparison-Contrast
You can hardly imagine George and Jack are actually twins. It is almost impossible for George to sit still for more than 30 minutes at a stretch and he is the chattiest person among his groups of friends. His twin brother Jack, however, is a boy of few words and loves to read books in solitude rather than going out to enjoy parties. Unlike George, who has a ready smile on his face and is quick to greet everybody he knows on his way, Jack usually plods along silently, often too lost in deep thoughts to even return a greeting in time. The two do not even look alike. George is a chubby looking boy on the verge of being overweight; in contrast, Jack is simply “skinny” with sunken cheeks and a sharp chin. While relatives and family members call George a friendly “public relations officer”, they fondly refer to Jack as the “absent-minded professor”. Even their parents can hardly understand why the two brothers are so different.
More examples and analysis
Subjects of comparison/contrastA: _____________ B: _______________Points of comparison/contrastA:B:C:Pattern of Organization:
Analysis 1
Living in the rural area versus living in the cityFora child, living in the countryside is so much more interesting than living in the city. When you live in the countryside, you almost never lack company. Children from the whole village are your friends and youﬂocktogether to all the fun places: Johnny’s orchard where you can eat fruits in season to your heart’s content, Granny Ma’s old hut where you can easilyﬁndheaps of birds’ eggs under the thatched roof. Even running around in the open is fun, not to mention the thrill when you may occasionally come upon an old deserted well, a dead snake, or a crawling turtle. I can’t imagine how bored I would be if I had to live in the city where all kids seem to be holed up in their own apartments most of the time and they do not have the space to play together even if they are lucky enough to make a few friends in their neighborhood. What about city children’s fun places? Places they frequent are tuition centers, a private tutor’s home or worse still, the little stool in front of the piano in their own home! I would rather spend my childhood happy and free in my “backward” village than “lose” my childhood in an “advanced” city.
Subjects of comparison/contrastA: _____________ B: _______________Points of comparison/contrastA:B:C:Pattern of Organization:
Analysis 1
as opposed to in contrast to unlike contrasts withdiffers from differences Contrasts different fromdissimilar to But however in/by contraston the other hand on the contrary converselynevertheless, nonetheless while, whereasmore/less/-er.. thanan important distinction betweendiffer in a number of aspectsto draw a distinction between …
Expressions of Comparison-Contrast
ES5001(A) CoursematerialsLee, K.C.,Goh, H., Chan, J. ,& Yang, Y. (2007).Effective College Writing: A Process-Genre Approach.Singapore:McGrawHill.Lee, K.C.,Goh, H., Chan, J. ,& Yang, Y. (2009).Effective College Writing: A Process-GenreApproach(2nded.).Singapore:McGrawHill.
Reference