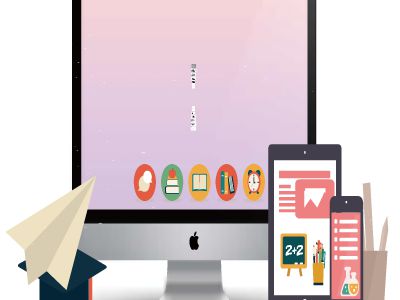 Soc. St. Study Guide
Chapter 3 and 4
The first Sumerian kings were probablywar heroes.Although most Sumerians were farmers, many made metal, cloth, and pottery because they were skilledartisans.
3)During the late Neolithic Age, craftspeople in western Asia discovered that mixing copper and tin formedbronze, an important technological breakthrough.
4) A Sumerian temple to honor their chief god was called aziggurat.5) If you lived inNippur, where would your home be located?In the lower town
6) Which of the following is a negative effect of the growth of communities during the Neolithic Age?Deforestation, which caused desert-like conditions in Jordan7) Taming an animal for use by humans is calleddomestication.
8) The calendar developed by the Sumerians was basedon the cycles of the moon.9) Site of one of the world’s first libraries –Nineveh10) Hero of an epic who travels the world performing great deeds -Gilgamesh
11) First large army to use iron weapons –Assyrians12) People who study the heavenly bodies -astronomers
13) a pyramid-shaped structure with a temple at the top –ziggurat14) In early civilizations, the first governments weremonarchies.
15) Because the conditions for farming were good, the first civilizations arosein river valleys.16) “Old Stone Age” –Paleolithic Age
17) Tools and methods to perform tasks –technology18) “New Stone Age” –Neolithic Age
19) The act of training for a particular job –specialization20) To tame animals for human use –domesticate
21) People who move from place to place regularly –nomads22) Long periods of extreme cold –ice ages
23) What do historians call the general early period of human history?Stone Age24) Paleolithic people– crafted simple tools such as axes.
26) What was the most important and long-lasting effect that the Agricultural Revolution had a people’s lives?The population grew at a faster rate, and people settled into communities.
25) Men in the Neolithic Age –herded, farmed, and protected the village27) What is the best example of how an advance in the use of technology made life less difficult for Paleolithic people?They discovered how to use fire
28) What did the Hittites teach the Assyrians that helped make their army stronger?How to make and use stronger metals for weaponry, such as catapults and battering rams
29) What is located at the highest point in the town?The ziggurat30) One of the most important technologies used by the Paleolithic people wastools.
31) Who wrote a legal code that covered most areas of daily life?Hammurabi32) Which part of Babylon was known as one of the Seven Wonders of the Ancient World?Hanging Gardens
33) Where did the first civilizations arise because of farming conditions?In river valleys34) In 612 B.C. the Chaldeans defeated whom?Assyria
35) A mixture of copper and tin is called –bronze36) The Assyrian Empire’s capital city –Nineveh
37) One who studies the stars and planets –astronomer38) a political district – province
39) a group of traveling merchants –caravan40) Chaldean king who rebuilt Babylon –Nebuchadnezzar
41) The existence ofshrinesinCatalhuyukis evidence that religion was becoming an important part of people’s lives.
42) Times of extreme cold when great sheets of ice covered parts of the earth were theice ages.
Extra Credit
43) In your opinion, which Sumerian invention has had the most significant effect on later civilizations? Explain your answer and provide factual support.