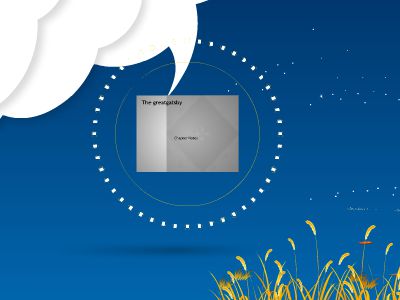 Let’s review – The American Dream is the believe that everyone can achieve true happiness and be rich if they work hard enough.Gatsby attains the American Dream?Is he rich?Is he a self-made man?Did he work hard? Or not?Is there corruption involved?Do you think it is on purpose that, “the chauffeur,” “one of Wolfsheim’s proteges” heard the shots and didn’t think “anything much about them?”
Chapter 8 notes – themeself discovery
Character we are focusing on for self discovery is NickWhat has he learned?“They’re a rotten crowd,” I shouted across the lawn. “You’re worth the whole damn bunch put together.” pg 154Who is he talking about?Why is he glad he said it?
Chapter 9 Notes – Narrator(and Characterization)
Because we have one point of view – Nick’s POV, we only get characterization through his eyesIndirect characterization – When an author uses dialogue and actions to teach the reader something about the character.The events that the author chose to have Nick be a part of (Parties...Daisy’s first, Myrtle’s apartment, Gatsby’s, Daisy’s second w/Gatsby and the hotel scene following)We learned so much by just watching with Nick the interactions of the charactersDirect characterization – When an author tells you about the character. (Example: The author tells you what the character looks like.)Specific descriptions of Daisy’s voice, Gatsby’s smile, Tom’s imposing build, Myrtle’s figure – All came from Nick’s perspective
Chapter 9 Notes – Reliable/Unreliable Narrator
Narrator – Nick CarawayIs the narrator reliable or unreliable?How can one tell?Interactions with other characters – Gatsby/JordanJudgments that fit our own – Final chapter – dealing with Gatsby’s deathWhat does the character see as important? – What is his final judgment of Tom and Daisy vs Gatsby? What did we learn he considers important based on this?What does the character reveal about himself? Nick makes assertions about himself...He’s honest. He’s realistic. He’s fair. Is this true or not based on his actions?
Chapter 9 Notes – Point of View
Point of View – The way the authors allows the reader to “see” and “hear” what is going onFirst person – The story is told from the perspective of a single narratorWhat was good about Fitzgerald’s use of a first person narrator?The reader can track the changes of the other characters externallyAdds a sense of mysteryThe reader can track the changes of the narrator internallyAdds perspective for the readerContrasting viewpointEast Egg type of person judges a West Egg person
Chapter 9 Notes - Voice
Voice – The specific diction and tone that the author chooses for the piece of writingHow would you judge Nick’s ‘voice’?Likes to make comparisons – Daisy’s voice is “full of money”Is not always direct participant in the actionReserves judgments, as he says? Or not? – Let’s reread the first two pages...
Gatsby Due Dates
Tomorrow – Gatsby FestYou will be watching the movie AND working on your essay next week while I am proctoring the CAHSEEWednesday, March 13th– Rough draft of your essay dueFriday, March 15th– Final draft of your essay dueFriday, March 15th– Gatsby Packet dueFriday, March 15th– Final Gatsby TestALL of the information on these slides and in your packet is free game! Be ready!