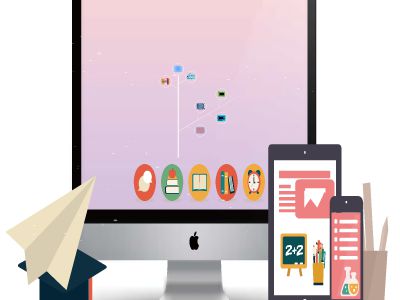 Select the correct sentence from the choices below:A.One of the students must give their oral report tomorrow.B. One of the students must give his oral report tomorrow.A. Everybody was hoping to have his lottery number picked.B. Everybody was hoping to have their lottery number picked.A.If anyone doesn't like the music I'm playing, they can go somewhere else.B. If anyone doesn't like the music I'm playing, he or she can go somewhere else.2. For the following sentences, pick the correct choice:1. Each member of the committee must submit (their, his) response in writing.2. Neither of the girls knew that (her, their) teacher had seen the police report.3. Either of the boys may take (his, their) seat in the front of the room.3. Select all the correct sentences:1. One of my friends must bring their tapes to the party.2. Everyone should take his work seriously.3. Since it was cold and windy, the boys had to wear his caps.4.Sara and Jen had to finish their homework before they could go to the movies.5. In the first-day confusion, neither of the teachers could find his classroom.
Definition
∙A pronoun is a word that takes the place of a regular noun in a sentence. It is called the referent and it refers back to the noun, or the antecedent. It would be annoying to keep saying Jake in a sentence:Example:Jake went to the mall and afterwards Jake got together with Jake’s friends.∙Pronouns give us the ability to replace Jake with “he” and “his”:Example:Jake went to the mall and afterwardshegot together withhisfriends.
Singular vs. Plural
When the antecedent is an object, there is a rule to determine whether the pronoun should be singular or plural. If the object can be counted then it is plural (jelly beans). However if the object cant be counted then it is singular (jello).Words such as everyone, anyone, everybody, anybody, no one, and nobody are all singular. Don’t get confused because it seems they would be plural but they really are not.
Singular vs. Plural Part 2
Depending on how they are used in a sentence, collective nouns such as groups, crowds, teams or anything like that may be singular or plural. If they are acting as one then the antecedent would be singular. Like in the sentence:-The team finally won its first match.However the antecedent is plural in this sentence:-The team members celebrated over their first victory.
In the candy shop, the jelly beans had (its, their) own shelf.After eating dinner, I had somejellofor dessert. (It was, They were) really filling.Everybody has (their, his) own computer.Anyone can join as long as (they are , he or she is) 17 or older.The group finally made (its, their) decision.The members of the group finally made (its, their) decision.
Short Quiz:
Using Nor, Or, or And.
When using Nor orOr, one must always remember that the pronoun must agree with the later subject. For example in the sentence:-After hearing the case, neither the jury members nor the judge could makehisdecision.Because judge (singular) came after jury members, (plural) the pronoun was singular. However, if jury members and judge switched places in the sentence then the pronoun would become plural.When using the word “and”, one must always remember the pronoun will be plural.-John and Jake handed intheirassignment.
1.  During early rehearsals, an actor may forget (his or her, their) lines.2. The Washington team was opportunistic; (it, they) took advantage of every break.3. A person needs to see (his or her, their) dentist twice a year.4.  The committee members put (its, their) signatures on the document.5.  If any one of the sisters needs a ride, (she, they) can call me.6.  When someone has been drinking, (he or she, they) may drive poorly.7.  If the board of directors controls the company, (it, they) may vote for a raise.8.  Neither the pilot nor the attendants gave (his or her, their) opinion about the mishap.9.  Each of these companies had (its, their) books audited.10. Some of the china has lost (its, their) luster.
Another Short Quiz: