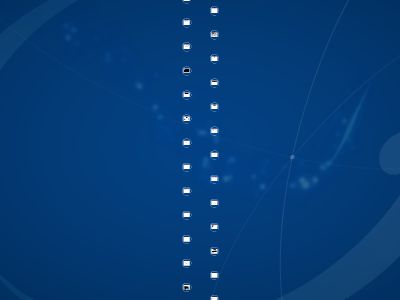 The Jurisdiction for Divorce in Pakistan (including for expatriates)
Jurisdiction of Family Courts u/ Family Courts Act 1964
In short, family courts have exclusive jurisdiction in following matters:-Dissolutionof marriage includingKhulaDowerMaintenanceRestitutionof conjugalrightsCustodyof children and the visitation rights of parentsJactitationofmarriageDowryPersonalproperty and belongings of wifeGuardianshipOffencesspecified in Part II of the Schedule, where one of the spouses is victim of an offence committed by the other

Is Divorce a Court Based Process, orare there Administrative Alternatives?
Talaq
Fortalaqto be effectuated, we shall look at s. 7(1) of the Muslim Family Law Ordinance (MFLO) 1961. According to this, once the husband has pronouncedtalaq, in whatsoever form he has chosen, he shall submit a written notice with the Chairman of the Union Council.TheChairman shall thereon, within 30 days of receipt of the written notice, constitute an Arbitration Council, which shall commence reconciliation between the parties.Theparties will have a period of 90 days,known asIddat,commencingfrom date the Chairman receives thetalaqnotice, before the divorce becomes effective.Ifthe wife is pregnant, theiddatperiod would continue till the end of the pregnancy, and thetalaqwould only become effective after that. Once theiddatperiod has lapsed, the Chairman shall issue atalaqcertificate to both parties, which shall be effective in letter and spirit.

Althoughnotice of thetalaqto the Chairman is mandatory, there is still some ambiguity regarding the validity of a divorce without any such notice.TheSupreme Court of Pakistan decided in Ali NawazGardeziv Muhammad Yusuf (1963) that thenotice to the chairman was mandatory and a divorce, however pronounced, would be without effect if the required notice was not given.However, the FederalShariatCourt held, in the case of AllahRakhav The Federation of Pakistan 2000,inter aliaquestionedthe mandatory notice requirement to the Chairman of the Arbitration Council, holding that it should not be punishable since no notice is required under the stipulations of the Holy Quran. Thereon, the FSC conclusively held that the period ofiddatcommences from the date ofpronouncemtofTalaqby the husband and not from the date of delivery of notice to the chairman.Thematter is currently pending appeal in theShariatBench of the Supreme Court.
Judicial Separation (Khula) Judicial procedure
To apply for aKhulaor judicial divorce, the wife would need to file a suit in the FamilyCourt.Sheshall do so by merely raising the ground that she feels she can no long live with her husband “within the limits prescribed by Allah’. Such a statement in her suit, undertaken on oath, would be sufficient to establish her case for aKhula.Inkhuladivorce, the wife must forgo 50 % - 100 % of her right toHaqMehari.e. dower. Claim to any other bridal gifts may be appropriately decided by the court.If the wife fails to return the required items, the decree forKhuladoes not become ineffective. The husband would simply have to file a separate suit for the recovery of the gifted items.
FASKH (Judicial Dissolution)
The procedure adopted for judicial dissolution shall be the same as provided forKhulathrough the court. However, in case of judicial dissolution (faskh) the wife would have to base her dissolution of marriage application on any one of the following grounds:Desertion by the husband for a period of four years;Failure to provide for maintenance for two years;Husband’s failure to perform his marital obligations;Husband’s imprisonment sentence for over a period of seven years;Husband’s continued impotency since the time of marriage;Husband taking another wife in contravention of established legal procedures provided under the MFLO 1961;Husband's insanity or some other serious illness for a period of two years;That the wife was a minor at the time of marriage;Husband’s cruelty, whether physical, mental, or any other form of mistreatment;Any other ground that may considered valid for the dissolution of marriage under Muslim Personal Law.
Talaq-i-Tafweez:
This is where the wife has been delegated the right to divorce in thenikama/marriage contract.Thereare no procedural impediments in this type of divorce. The marriage can be dissolved easily, without recourse to the courts.Adopting the process forTalaq.Thisdelegatedthe right of Divorce in hernikahnama(clause 18), entitlesthe wife to the same rights as those provided to the husband undertalaq.
Mubaraat
There’sno need to approach the courts, which means that the marriage are often dissolved quickly, cheaply and with few procedural problems. during this case both husband and married woman might sign aMutual DivorceDeed.Thereafter they must senda written notice under section eight of the Muslim Family Law Ordinance to the concerned union council. The Union council can adopt a similar procedure as of normal notice oftalaq.
SummaryofFinancialClaims aWifecan make for herself onDivorce

A divorced mother who has custody of the children can claim:Maintenance, interim as well as for life, for her minors.The law in some cases recognizes a distinction between sons and daughters i.e. daughters may be awarded maintenance till marriage or for life, whereas in the case of sons it would be till attaining the age of majority and/or financial independence.Obligation of the father to maintain his adult son who had not yet completed his basic education, enabling him to earn his livelihood, might be considered by the court(s) in an appropriate case.
Considerations for Maintenance
Maintenance meant and included food, raiment andlodgingSuchdefinition was neither conclusive norexhaustive.It has awider connotation and should be given an extended meaning for the purposes of meeting and catering for the presentdays’social, physical, mental growth, upbringing and well-being of theminorKeepingin mind the status of the family, the norms of the society andhis/hereducationalrequirementIt would obviously correspondtoand be commensuratewith the means and the capacity of the father to pay.
Muhammadan Law by D. F. Mullah
"370. Maintenance of children and grandchildren.---(1) A father is bound to maintain his sons until they have attained the age of puberty. He is also bound to maintain his daughters until they are married. But he is not bound to maintain his adult sons unless they are disabled by infirmity or disease. The fact that the children are in the custody of their mother during their infancy (section 352) does not relieve the father from the obligation of maintaining them. But the father is not bound to maintain a child who is capable of being maintained out of his or her own property.(2) If the father is poor, and in capable of earning by his own labour, the mother, if she is in easy circumstances, is bound to maintain her children as the father would be.(3) If the father is poor and infirm, and the mother also is poor, the obligation to maintain the children lies on the grandfather, provided he is in easy circumstances."

AFamilyCourtcan entertain any suit relating to custody of children according to Family Courts Act 1964 under Guardian and Wards Act.In case of dispute the Court assumes guardianship of the minor.Welfare of theminor.General rule is that the interest and welfare of the minor child should be of paramount consideration.Willingness of the majorchildren.Visitationrights.Custody lawsfavourthe mother, however, visitation with the father is usually deemed to be in the best interest of the Minor.
UK – Pakistan Protocol
Signed Between:Presidentof the Family Division and the Hon. Chief Justice of Pakistan in consultation with senior members of the family judiciary of theUK and Pakistan havingmet on 15th to 17th January 2003 in the Royal Courts of Justice inLondon, signed said Protocol.Desiringto protect the children of the UK and Pakistan from the harmful effects of wrongful removal or retention from one country to theother.In normal circumstances the welfare of a child is best determined by the courts of the country of the child's habitual/ordinaryresidence.In case of wrongful removal, thejudge of the court of the country to which the child has been removed shall not ordinarily exercise jurisdiction over the child, save in so far as it is necessary for the court to order the return of the child to the country of the child's habitual/ordinary residence.
UK-Pak Protocol (Cont..)
Liaison Judges – judges of the Superior Courts of both countries nominated to further the aims of the Protocol.Suplementaljudicial Guidelines:Raising public awareness of protocol, maintaining awareness and providing continuing education to judiciary and practitioners involved in family-child cases.Securing access to justice to 'left behind' parents including knowledge of their rights and the opportunity to assert them.To that end, instituting a system whereby the Judge in each Province of Pakistan is tasked with over-seeing the formation of a Committee to provide legal assistance to such parents.Recognition of the importance of mediation within the extended family.Recognition of the importance of liaison between Pakistan and the United Kingdom
Hague Convention
Pakistan has become the 4thMuslim State in the world, and 1stSouth Asian Country to become signatory to the Hague Convention on the Civil Aspects of Child Abduction on 22ndDecember2016.By exercising the powers conferred by Section subsection 3 of the West Pakistan Family Courts Act 1964, the Act has been amended to include Section 6A in Schedule:“Matters pertaining to Return of the Child under Hague Convention on Civil Aspects of International Child Abduction”Article 6 of the Convention provides for the designation of a central authority to discharge Convention obligations.Pakistan’s Central Authority has been designated within the Solicitor General’s Office at the Ministry of Law, Justice and Human Rights.Where an incoming application is requested to the Solicitor General’s Office accompanied by a Court order for return, the Central Authority will pursue, verify and return the child accordingly.If a case is pending the Central Authority will provide legal assistance to the applicant from a contracting state in order to return the child.

The Ability to Enforce Foreign Family Orders in Pakistan

A creditor under a foreign judgment has threeoptions:toseek direct execution under the relevant provisions of the Civil Procedure Code, 1908 (CPC), where the country rendering the judgment is designated by the Government of Pakistan as a‘reciprocating territory’ [declared as such under S. 44A CPC]tofile a suit in Pakistan on the basis of a foreign judgment, treating it as a cause ofaction;tofile a suit on the original cause of action.UnderSection 14 of the CPC courts in Pakistan shall upon the production of a certified copy of the foreign judgment presume that it has been given by a court of competent jurisdiction, unless the contrary appears form therecord.The onus of proving that the foreign court was not a court of competent jurisdiction, will lie on the party asserting the same.

Enforcement proceedings can only bechallengedon specific grounds set out in the CPC and these include:(i) wherethejudgment has not been pronounced by aCourt of competentjurisdiction(ii) where it hasnot been given on the merits of thecase(iii) where it appears on the face of the proceedings to be founded on anincorrect view of international law or refusal to recognize the law of Pakistan in cases where such law isapplicable(iv) where the proceedings in which the judgment was obtained areopposed to naturaljustice(v) where it has been obtained byfraud;and(vi) where it sustains a claim founded on abreach of any law in force in Pakistan.

THANK YOU
Louise Anne Fairley vs.SajjadAhmed Rana[PLD2007 Lahore293]beforeMianSaqibNisar, J
Petitioner – Citizen of UKRespondent – Dual nationality of UK and Pakistan, domiciled in GlasgowThey had a minor daughter who was a British NationalWhile the matter of custody was still pending in the foreign Court, the father removed the child from Glasgow.Mother of minor had sought custody of the minor by invoking habeas corpus petition.Despite restraining order passed by a Court of foreign jurisdiction, father removed the minor to Pakistan.Validity:Father having admitted himself in the jurisdiction of foreign Court was debarred to bring the child to PakistanIf a Pakistani Court had passed an order directing not to remove a child from the custody of a parent by the other and order was violated, such act would fall within the ambit and scope of Art. 199 of the Constitution and S.491,Cr.P.C.The same rule could be extended to the valid orders of foreign jurisdiction, especially to which jurisdiction the defaulting party (father) had surrendered.