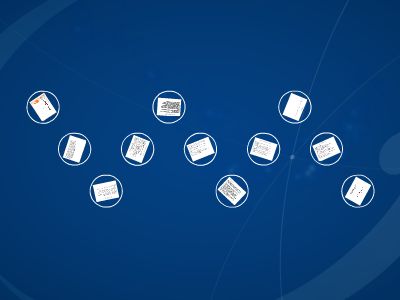 Kenya ICT Action Network (KICTANet)www.kictanet.or.ke
Multistakeholderism in Research , Policy and Advocacy
“ A man who calls his kinsmen to a feast does not do so to save them from starving. They all have food in their own homes. When we gather together in the moonlit village ground it is not because of the moon. Every man can see it in his own compound. We come together because it is good for kinsmen to do so.”―Chinua Achebe,Things Fall Apart
Session overview
To evaluate the value of this kind of diverse, multidisciplinary stakeholder network in contributing to policy, advocacy and research.To share examples of conversations that have evolved on issues such as Internet Governance, Block chain, net neutrality, access to information and content controls.Showcase how collaboration can lead to research and policy outcomes.
Genesis of the network
The KICTAnet seed was sown in the year 2004 but blossomed in 2005.KICTAnet was borne out of the need for anopen,inclusiveandparticipatoryframework for developing the first ever ICT policy for Kenya.The list boasts of over 1000 members and 80,000 threads of online discussions and exchanges since inception.Over time, the list has become a source of information and an authoritative source of public participation in the ICT Sector in KenyaAs a multistakeholder network, KICTAnet gets its strength fromjointcollaborativepolicyadvocacyactivities andpoolingofskillsandresources(crowd sourcing)
Network Building Blocks
Identifying priority issues and defining objectives and goals of the network.Defining guiding principles and developing network norms.Sharing of background information, commissioning research to ensure informed policy advocacy activitiesCreating communication links and working group methods (mailing lists , discussion groups)Expounding and clarifying roles and responsibilities.Capacity development activities such as conflict resolution, policy analysis among others.

KICTANethas made a significant difference onthe nationalICTlandscape in Kenya, some of the work done includes:Kenya's National ICT Policy (2006) and its review in 2016.Input into theKenya Communications amendment bill.Contributionsto theFreedom of Information,theIndependent Communications Commission of Kenya bill,the Media Council bill,and theCritical InfrastructureBill.
Track record….
The International Telecommunications (ITRs) treaty that was reviewed during the World Conference on International Telecommunications (WICT) in December 2012Chaired thedevices, applications and content Working Group in the ICT Policy Review of 2016.KICTANethas convenedthe KenyaIGF for ten years ,the regional East Africa IGF (twice) and played a key role in increasing regional participation at the global IGF, as wellas playinga keyrole inorganizing and hosting the global IGF held in 2011 in Nairobi.Most recently KICTAnet introduced the Kenya School of Internet Governance whose objective is bringing in new voices in Internet Governance.
Recent and past activities
The network convenes quarterly‘State of theICT sector’meetings.The Network’s strengthsliesin engagement and in driving policy and ideas from the community.In 2017 there wasfear that Kenya may regress in constitutionalism due to electionsthat were slatedfor August 2017.KICTANethas in the past facilitated discussions and conversationsontopics such as net neutrality.Thenetwork has continued advocating for policyreforms that supportonline freedoms.
Key lesson
If you want to go fast, go alone. If you want to go far, go together.
Recent Deliverables
Block chain Policy briefPolicy brief on Internet ShutdownsFreedom online in Kenya during the 2017 elections.Framework for ICT Policy development.Talk to National Cohesion and Integration Commission.Forum on Cyber Security Law and Policy that contributed to the Computer and Cybercrime bill 2017.Submission of memorandum on election laws to the Joint parliamentary committee.Talk to Senate 2017 – 2022 priorities
Thank you!