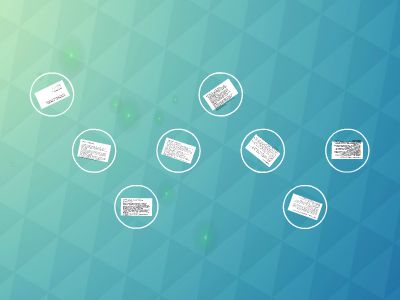 Confronting the Housing CrisisJohn Stewart Memorial Presentation
Christine WhiteheadEmeritus Professor in Housing EconomicsLondon School of EconomicsHBF Policy Conference 2019London, 26thMarch 2019
John’s Contribution
As Director of Economic Affairs for the HBF John did far more than simply represent the industry – which of itself he did extremely well; for instance in the development of New Buy and later products.John was regarded by everyone who knew and worked with him as someone whose views were always to be taken seriously and who brought both new ideas and a deep understanding of the housing system to every issue.But most of all he always brought excitement into any discussion (partly because of his strong - New Zealand based – belief in the market) and his wish to move forward constructively.We miss him terribly and will continue to do so.
Three themes that excited him:(i) Help to Buy
Immense antipathy to Help to Buy in the media – and in parts of government - even though it has done what it was asked to do.The Evaluations show thatadditionalityhas been significant, not just directly but in terms of the confidence it gave to purchasers. More than a third of those using the scheme say they would not otherwise have been able to buy and this has generated around 15% higher output.Moreover the evidence suggests that across most types of property there is very little evidence of an impact on prices (though John would have wanted to see far more work done on the existence and scale of the new build premium).Also so far the government is doing pretty well out of this off-balance sheet product!
Help to Buy – the issues
Developer profitability is seen as a massive negative (though little discussion about longer term profitability or examination of earlier cycles);As is the leasehold issue - though not specifically to do with Help to Buy;Concerns also that purchasers have been buying larger – even though many are late entrants to owner-occupation; need the extra room; and don’t need the extra expense of moving again;Also, concerns about movers on –and indeed perhaps more importantly whether those who use Help to Buy will be able to move on;Some argue that directadditionalityis low – but that is partly becauseadditionalityis rarely measured! – and these are conservative estimates which take no account of other benefits such as risk sharing;But should it have been phased out earlier? Do the changes from 2021 help? And are there longer term risks?And what should happen after 2023? Equity sharing in some form almost certainly has a role to play.
(i) Large sites – and small
On large sites Oliver Letwin’s initial view was that developers should be forced to change their business model. But he later shifted the emphasis towards slow build out rates being about the homogeneity of product;His main conclusion was therefore around requiring greater diversity on large sites (1500 and over) in high demand areas - through more developers per site; and more contracting via affordable housing, custom build, Build to Rent etc.;His other main recommendation is that all large sites should be developed by Development Corporations, led by local authorities;More controversially, he argued that the price of land should be limited to no more than 10 times existing use value through increasing diversity – notably increasing the proportions of affordable housing;Underestimated infrastructure constraints and timing? And is it anyway now dead in the water?
Smaller sites
Very large sites are never going to be whole answer – even though they obviously are easier for local authorities to deal with as compared to a lot of smaller sites near other residential development;Mid-ranged sites (100 to 250?) tend to be much easier to bring forward and to build out more quickly – and almost certainly provide greater opportunities for medium sized builders to grow;Small sites, while desirable, are less of a positive for local authorities - in particular it is yet to be seen whether Planning in Principle can be made to work to reduce planning risk, enable finance for smaller builders and speed up development;Will any of the current guarantee initiatives to help smaller builders actually work?
(iii) Planning contributions and levies
Strong government push towards CIL rather than Section 106;Benefits of S106 lie in being able to take account of the specifics of the site – so amount extracted can vary with extent of planning gain; and in its contractual nature which means that both sides (should) know exactly where they stand;Benefits of CIL were seen as being that it covers all types of net development and was thought to be more certain;The second has proved not to be the case - especially for longer term projects, partly because rates tend to change. More importantly there is no certainty about when and where the money raised for infrastructure will be spent;Both rely on there being significant LA capacity to implement;Both reinforce regional disparities;And both only tax new development while many of the benefits of infrastructure and development go to existing owners.A case for national but hypothecated land value taxation?
Conclusions: where are we now?
Government (and GLA) aspirations lack realism in terms of where the demand will come from to pay for these numbers;Massive emphasis on delivery – but a system which is market led makes it extremely difficult to generate a major step change which can then be maintained without structural changes;Modern methods of construction are seen as one way forward – but a small part of the overall development process and continuing issues around up-front costs and lack of capacity;The government likes to look busy – with large numbers of initiatives addressing particular issues – some overlap; others may even be working against one another;In 2002 when John published ‘Building a Crisis’ he said ‘current house building trends will produce 1.5 million fewer dwellings than are likely to be needed over the next 20 years…’  He was so right then and would be even more correct now!