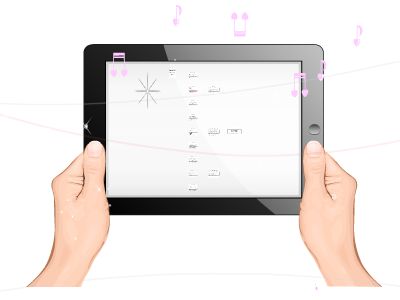 Powers of Attorney and such… - peia.wv.gov

Power of Attorneyin West Virginia
ByThomas Miller, MA, LPC, ALPSPrivacy Officer, PEIA / West Virginia Department of Administration
Introduction
This presentation should not be taken as legal adviceThis presentation is merely guidance on the various types of POAs that exist and are often seen by the West Virginia Public Employees Insurance AgencyYou are encouraged to speak to an Attorney or people you trust when doing any life planning.
What is a Power of Attorney?
APower of Attorney(POA) or “letter of attorney” is a written authorization to represent or act on another’s behalf in private affairs, business, or some other legal matter, sometimes against the wishes of the other.The person authorizing the other to act is the “Principal”, “Grantor”, or “Donor” of the powerThe only one(s) authorized to act is/are the “Agent(s)”, or, in some common law jurisdictions, the, “Attorney-In-Fact” – (attorney for short)
The Benefits of Having a POA
They allow the Principal to have someone they know and trust manage their affairs should they become unable to manage themThey avoid legal interventionsThey allow Agents the ability to legally act to protect the Principal’s legal, financial, medical, and personal affairs.
The Law In West Virginia…
§39B of the West Virginia Code – the Uniform Power of Attorney ActARTICLE 1 – General Provisions. §39-B-1-101, Short titleARTICLE 2 – Authority. §39B-2-101 – Authority that requires specific grant; grant of general authority§39B-3-101. Statutory form Power of Attorney§39B-3-102. Agents Certification
Types of POAs
General POAsDurable POAsSpringing POAs -typically has a clause that has to be met for the POA to take effect.Limited POAs –typically are granted related to performing one (1) task, e.g. buying a home, retirement planning, etc.Medical POAsTypically only pertain to “healthcare and treatment”They do not typically allow the Agent to handle financial matters, including insurances
Powers of Attorney
Must be signed by the Principal when they have full power to give informed consent – aren’t valid if the Principal is impaired and/or incompetent at signing, e.g. has dementia, Alzheimer’s, etc.Expire upon the death of the PrincipalNot a substitute for a “Will”, “Probate”, “Legal Guardianship”, etc.
POA Possibilities
Appoint more than one (1) AgentThe Agents may have the power to act independently of each other or, the POA may require them to be present and in agreement (act in concert)Appoint successor Agent(s) who can act if the Primary Agent is “…incapable, unwilling, or unable” to serveLimit and/or restrict the power(s) of the AgentRevoke the powers previously granted
Power of Attorneys
Powers not directly expressed are not implied and/or given to the AgentCertain powers, such as the ability to change beneficiaries, must be expressed and are not considered to be “implied”Agents, unless the power is specifically granted in the POA,cannotdelegate their authority to others, such as a spouse or childAgentMUSTact in the best interest(s) of the Principal and cannot do things to benefit themselves
If There Is No POA
…and the member cannot handle their own affairs:The person may be declared a “Protected Person” through a legal processA “Guardian” and/or a “Conservator” must be appointed by a Court to handle the affairs of the “Protected Person”If appointed, a “Healthcare Surrogate” can only make decisions related to healthcare and/or treatment – they cannot handle insurances
Issues that PEIA Encounter
Multiple Agents that change things, i.e. addresses, Plan(s), beneficiaries, etc.Agents not working, “in concert”Agents on a Medical Power of Attorney trying to manage the insurance(s) – Medical decisions are covered under a Medical POA.POAs signed after a member has been determined to be incapacitated, i.e. diagnosed with dementia, Alzheimer’s, etc.
Issues that PEIA encounters
Agents attempting to exceed their authoritySpouses and/or children of the Agent attempting to take actions without legal delegated authority.POAs marked with an “X” and not initialed as stated on the form(s).Conflicting Power of Attorneys
A Notary stamp
Only means that a signature was witnessed…It doesn’t necessarily make it a “legal” document.The Notary must act in accordance with the law:The person signing must be present in front of the NotaryThe person signing must not have dementia, Alzheimer’s, or other cognitive impairment
In West Virginia
WEST VIRGINIA CODE - §61-2-29b. Financial exploitation of an elderly person, protected person or incapacitated adult; penalties; definitions.Makes it a crime to exploit the financial assets of an elderly personItis becoming more and more prevalentPEIA, by statute, may refer cases to the Office of the Insurance Commission for investigation
For Questions, Contact
Thomas Miller, MA, LPC, ALPSPrivacy & Security OfficerPEIA / WV Department of Administration304-558-7850, Extension [email protected]

Make amazing presentation for free
Powers of Attorney and such… - peia.wv.gov