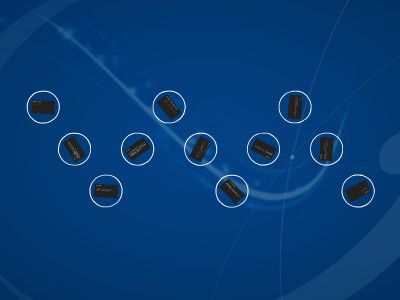 Figures of Speech
Understatement, Litotes, Meiosis, euphemism
Litotes
A form of understatement which uses a negative to assert the opposite, positive quality. Litotes can also use double negatives.For example, if a person is very intelligent someone else might say, “He’s not dumb.” This is understatement because the person is far from dumb. One could also say, “He’s not unintelligent,” a double negative.Note that the understatement comes from context
Euphemism
Euphemism is not a form of understatement, yet they are related.A euphemism is a polite way of saying something more unpleasant or taboo.Euphemism often minimizes the discomfort the speaker feels with the subject at hand, and makes it more palatable by lessening the extremity of the situation.
Meiosis
Meiosis is a combination of understatement and euphemism.Meiosis is a figure of speech which euphemistically refers to something, thereby lessening its significance.In literature, however, meiosis describes the use of understatement to highlight a point, or explain a situation, or to understate a response used to enhance the effect of a dramatic moment. For example, when Mercutio is wounded mortally and says, “ay, ay, a scratch, a scratch…” (Romeo and Juliet, by William Shakespeare)
Common examples of understatement
“It’s a bit warm.” (When one is sweating profusely in a sauna or traveling through a desert at midday)“I’m a little tired.” (After completing a marathon or after having not slept all night long)“We’re in a bit of a pickle.” (When cornered in battle or surrounded by sharks while in a lifeboat)
Synecdoche vs Metonymy
Synecdoche examples are often misidentified as metonymy. While they resemble one another to some extent, they are not the same. Synecdoche refers to the whole of a thing by the name of any one of its parts. For example, calling a car “wheels” is a synecdoche because a part of the car, its “wheels,” stands for the whole car. However, in metonymy, the word used to describe a thing is closely linked to that particular thing, but is not necessarily a part of it. For example, using the word “crown” to refer to power or authority is a metonymy, used to replace the word “king” or “queen.”
Paradox vs Antithesis
Although both may have words or phases that seem contradictory or opposite, Antithesis and Paradox are two different rhetorical devices. Antithesis relies on contrast, generally emphasizing the scale, magnitude or importance of two events, where as paradox is a confusing statement that usually conveys hidden truth after some thought.
Antithesis
Antithesisis a rhetorical device in which two opposite ideas are put together in a sentence to achieve acontrasting effectEx: "Setting foot on the moon may be asmall stepfor a man but agiant stepfor mankind." Here there is a contrast between small and giant.
Paradox
is a statement that appears to be self-contradictory or silly but may include a latent truth.My favorite example is from George Orwell'sAnimal Farm: "All animals are equal, but some aremore equalthan others." Here, the statement seems silly because equality should be exactly equal, not more equal. However, this statement reveals the latent truth that beneath the thin veneer of equality is blatant political hierarchy.
Anaphora
Anaphorais a rhetorical term for when a writer or speaker repeats the same beginning of a sentence several times.Writers and speakers useanaphorato add emphasis to the repeated element, but also to add rhythm, cadence, and style to the text or speech."It is too rash, too unadvised, too sudden, too like the lightning." Shakespeare,Romeo and Juliet
Hyperbole
Obvious and intentional exaggerationNot intended to be taken literally“to wait an eternity”